A recent timeline of activism at the state Capitol Building

Lansing was adopted as Michigan’s state capitol in 1847 – following in the footsteps of the state’s original legislative heart, Detroit. The Michigan Capitol Building, located at 100 N Capitol Ave. in Lansing, was opened in 1879.

Like any capitol building, state or otherwise, the lawn and steps of Michigan’s has been the scene of countless demonstrations in the past 143 years.

In recent years, those demonstrations have become increasingly frequent. The State News has compiled some demonstration highlights from the last few years:

Amidst the chaos and economic downturn caused by the COVID-19 pandemic, individuals in support of ending the stay-at-home order gathered in front of the Capitol Building to demonstrate their beliefs.

As the crowd attempted to enter the building, they were restricted due to social distancing guidelines.

Signs read “Michigan needs to open up, not lock down” and “The Constitution has NOT been suspended”.

This protest, while advertised as a demonstration to express a lack of support for stay-at-home orders, attracted a varying range of political movements. Protesters carried signs and wore apparel in support of former U.S. President Donald Trump, as well as anti-abortion rhetoric and imagery.

In response to the brutal police violence that killed several Black individuals, namely Ahmaud Arbery, George Floyd and Breonna Taylor, protesters demonstrated against police violence by participating in a march. It started at the Michigan Capitol, traveled down Michigan Avenue and returned to the steps of the Capitol Building.

Chants heard during the protest included “I can’t breathe," “Loosen my handcuffs please” and “Stop killing me.”

All of these phrases were the words spoken by George Floyd as a confrontation with police escalated resulting in his murder by a white police officer in Minneapolis, Minnesota. Caught on video, this confrontation circled the world and inspired the group Black Lives Matter to mobilize and gain new supporters and traction.

As the topic of police brutality sparked a very emotional response in so many people, protests about the topic continued. In the same month, Black Lives Matter began to demonstrate for the defunding of police on the Capitol lawn.

At this particular protest held at the Capitol, organizations such as Black The Vote and Firecracker Foundation also joined. Criminal justice professor Jennifer Cobbina-Dungy said she saw these protests as some of the most impactful in recent years.

Following controversy surrounding 2020 Presidential election, supporters of Trump organized at the Michigan Capitol to further their cause. They believed that ordering a “full, forensic audit” of the election would reveal that the former president had earned majority electoral votes and therefore lead to reinstating him as president.

The 2020 presidential election between President Joe Biden and Trump spiraled out of control when politicians, activists and government officials began speculating that the election was cheated in support of Biden. As a result, rioters incited a violent insurrection of the U.S. Capitol building on Jan. 6, 2021.

A small crowd of protestors gathered at the building a little more than a week later – many armed with firearms. However, no large-scale violence occurred.

In late February, Russia invaded the Ukrainian border. This world event struck a chord with members of the MSU community and the country as a whole.

A Stand with Ukraine rally was held at the Michigan State Capitol on March 20 to show support for Ukrainians suffering through an invasion.

Cries of “Slava Ukraini,” or “Glory to Ukraine” in English, were heard throughout the streets leading up to the Capitol lawn. Protestors carried Ukrainian flags to further the point of their support.

Closer to home in Grand Rapids a Black man named Patrick Lyoya was killed at the hands of the Grand Rapids Police Department after a traffic stop.

Lyoya was a refugee of the Democratic Republic of Congo, causing a language barrier during the confrontation.

The Capitol protest that followed stood on the platform of radical police reform or the defunding of the police. Over two years after the murder of Ahmaud Arbery in 2020, protestors expressed their exhaustion with continuing to watch Black people be targeted by the police.

As the school year closed for MSU, constitutional upheaval struck the nation. A draft majority opinion of the Supreme Court showed that five out of nine justices were in favor of upholding a Mississippi law for restrictive abortion access, thus overruling landmark cases Roe v. Wade and Planned Parenthood v. Casey that had protected abortion rights across the country for decades. ﻿

This news struck a chord with the abortion rights activists of the state. In Michigan specifically, a law from 1931 that entirely criminalizes abortion came under fire from abortion activists.﻿

﻿Protesters took to the steps of the Capitol wielding signs that said “Protect safe, legal abortion." provided by Planned Parenthood, “Abortion is Healthcare" and images of hangers with  “Never Again" written on them.

In Michigan, residents felt the pain caused by the shooting at Oxford High School in Oxford. Because of this and other events, March for Our Lives encouraged a worldwide protest against gun violence. This worldwide event found its way onto the Capitol lawn.﻿

Students have watched their schools undergo a transformation to become more secure, as well as their parents, teachers and other community members, gathered to express their frustration with this ongoing problem.

At the end of June, the SCOTUS released its decision to overrule Roe v. Wade, initiating an emotionally charged political atmosphere.

Bans Off Our Body organized an event at the Capitol and featured Gov. Gretchen Whitmer among other politicians such as Rep. Lori Pohutsky, Sen. Curtis Hertel and Chief Medical Officer Sarah Wallet.

“We rallied at the Capitol and collected many signatures for the reproductive freedom for all ballot initiative,” President of Planned Parenthood Generation Action at MSU Kattiah Richardson said.

In contrast, Project Life Michigan held its own protest at the Hall of Justice. Here, supporters shared thankful attitudes for the Supreme Court’s decision.

“I think protesting gives people a chance to feel their anger and passions in a shared space,” Richardson said. “It also helps with lobbying and showing how many people are fighting for the cause to legislators and those in power.” 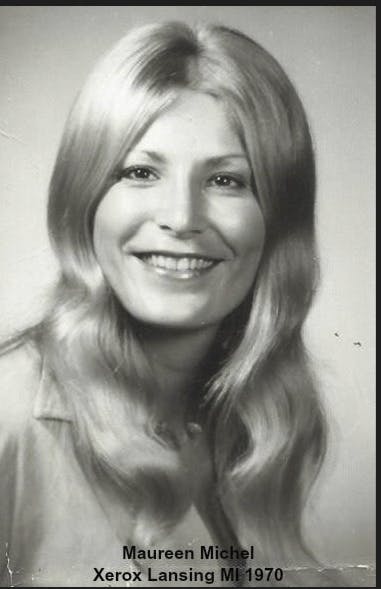 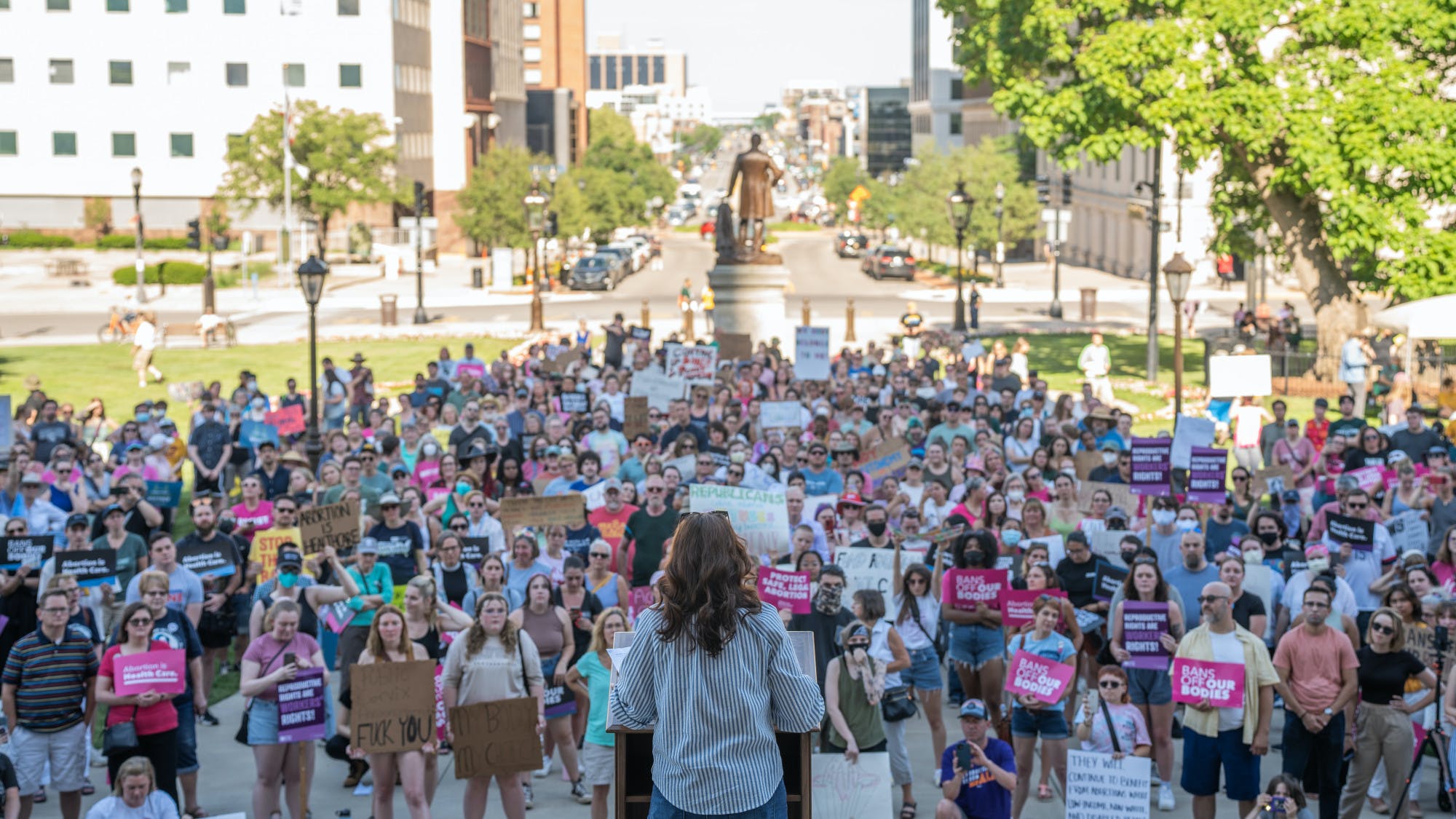 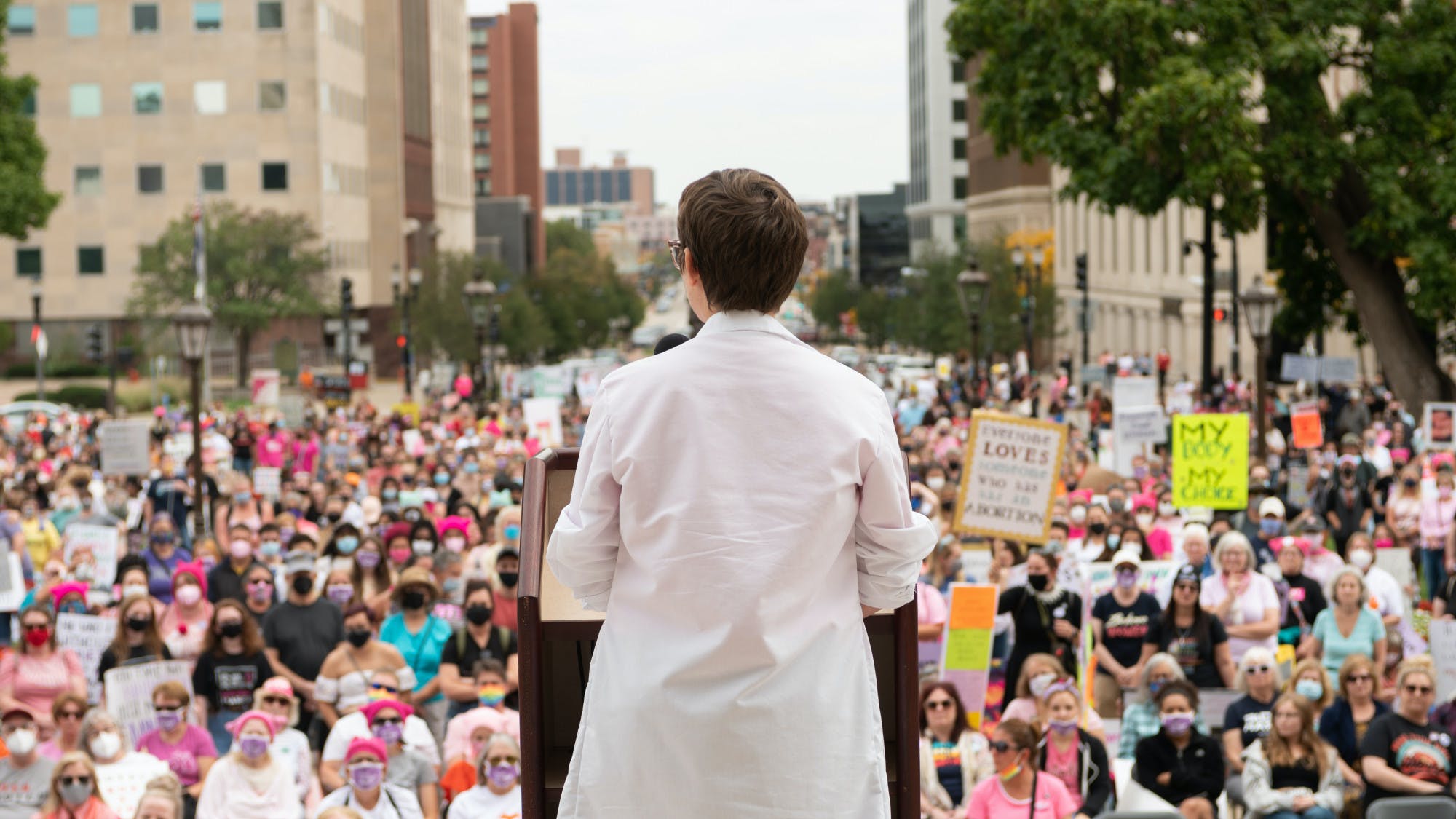