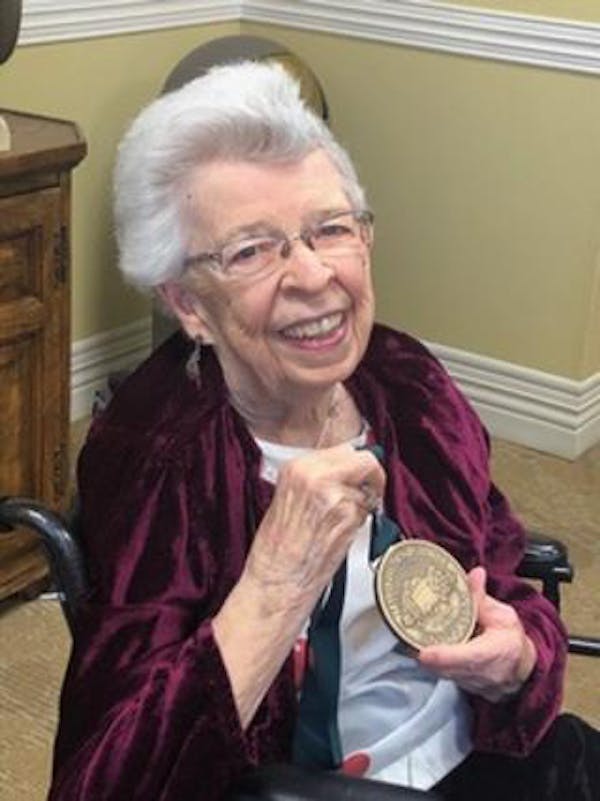 Dr. Nelson died of complications from a fall three days earlier in her apartment.

She was born February 3, 1929, in Chicago, the child of Harry Lloyd Nelson and Gertrude Zaun Nelson. She was brought home from the hospital the day after the St. Valentine’s Day massacre, which occurred several blocks from the family apartment. That night, her parents were awakened by two thieves. One pointed a pistol at her father; the other clutched Linda and pointed his pistol at her head. They took the cash her father had been seen getting at a bank for new baby expenses.

The incident did not seem to faze Linda, who retained a well-honed sense of humor and even a love for Chicago throughout her life. Her parents, however, left Chicago soon after she was born for the safer environment of Pittsburgh.

She was educated in the suburbs of Pittsburgh and Philadelphia and decided to go to college at the University of Pennsylvania, the alma mater of her grandfather, father and uncle. Her father sent the admissions office a letter saying, “My daughter will be attending Penn starting in the fall semester. Please send the required forms for admission.” That was another era.

She became the first in the family to pursue a master’s, from Iowa State, and a doctorate, from Michigan State. While her field was officially anthropology, she found gender limitations essentially pushed her into what was then called home economics, although her personal approach to cooking was to heat up something and, when it came to sewing, she called her mother.

Linda did research for both of her theses in villages in Costa Rica, where she studied the household practices of rural homemakers.

This led to a career developing programs to improve nutrition, sanitation and the quality of life in villages all across Latin America. First, she worked for the Organization of American States (OAS) out of Turrialba, Costa Rica, and then for the UN Food & Agriculture Organization (FAO) out of Santiago, Chile. She was fluent in Spanish.

When she lived in Chile, the economy was growing worse day-by-day. She flew all over the continent for her job and would take two suitcases—one for her clothes and one empty. Before she flew back to Santiago, she would fill the empty suitcase with things like pampers and toilet paper that were difficult to obtain by her friends in Santiago.

While in Costa Rica, she taught graduate students who went all over Latin America handling programs to improve rural life. With one of her former students, she wrote a book in Spanish on how to teach healthier and safer lifestyles in rural communities.

After two decades in Latin America, she returned to the States and joined the faculty at Michigan State University in East Lansing, where she remained until her retirement in 1994.

While Dr. Nelson was at MSU, home economics evolved into human ecology and she became chairperson of the Department of Family Ecology.

Dr. Nelson was respected for administrative ability and a creative approach to teaching qualitative research methods and assisting international students as they adjusted to their studies at MSU.

She was instrumental in helping to establish the MSU Community Services Master’s Degree Program on Kadena Air Base in Okinawa, Japan. She taught several courses in the program. After her retirement, she returned to teach additional courses there.

In 2005, MSU presented Dr. Nelson with the Distinguished Alumni Award in recognition of her professional achievements.

She was long active in Kappa Omicron Nu, the National Honor Society in Human Sciences, Family and Consumer Sciences, Athletic Training and Kinesiology. She often edited faculty manuscripts, where she was infamous for striking all references that included “etc.”

She was active in developing the education wing of the new Broad Art Museum, for which she was a major contributor, and spent her retirement years becoming quite skilled at water color painting and teaching Monet at the Children’s Carden at MSU.

Dr. Nelson never married and is survived by her two younger siblings, Joan Swan of Haverford, Pennsylvania, and Warren Nelson of Arlington, Virginia.

A memorial service is planned in East Lansing after the coronavirus epidemic has abated.

To honor the memory of Dr. Nelson, gift may be made to one of the following funds at Michigan State University:

Make a Gift by Mail: 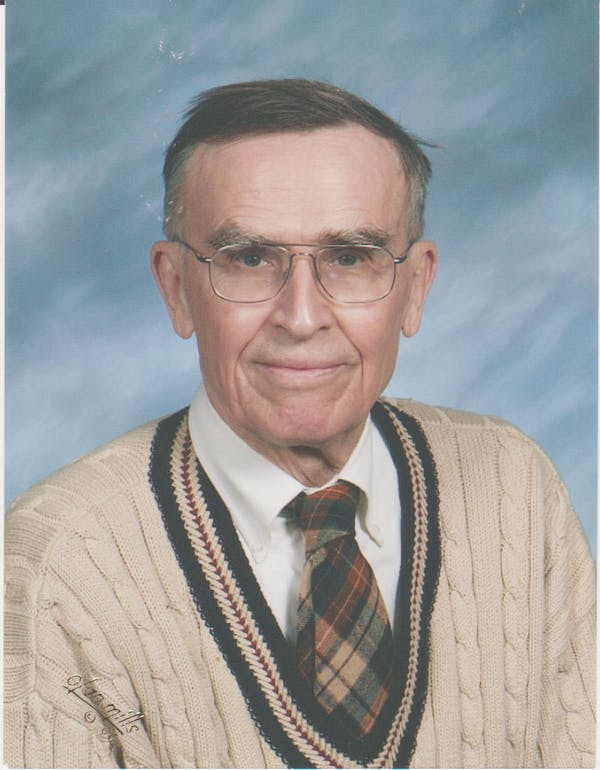 A Christian, a scholar and a gentleman, Dr. Douglas Hall died December 8, 2020 at the age of 91. Son of John G. and Miron (Weir) Hall, Douglas was born July 24, 1929, in Montreal, Canada, where he lived until the age of 12, when his family moved to Toronto. He graduated from the University of Toronto in 1951 with a B.A. in Applied Mathematics. He then attended Princeton University where he received a Ph.D. in Mathematics in 1956. He taught as an instructor in math at Amherst College, Amherst, Massachusetts, for 2 years. He was married in Amherst on December 27, 1957, to Elizabeth L. Brown and moved to East Lansing, Michigan, where he taught for 42 years at Michigan State University, becoming a U.S. citizen in November, 1961. From 1973 to 1990 he acted as an Associate Chairman of the Math Department for the Undergraduate Program, retiring at age 70 in 1990, having enjoyed his many years teaching and advising students.

Professor Hall had a Canadian's love of hockey and followed the fortunes of the Montreal Canadiens all his life. He was an enthusiastic supporter of M.S.U. teams and in retirement was active always, skating, swimming, biking and also walking with his Golden Retrievers, Teddy and Nelson. He enjoyed sea and spy stories, novels and especially British and American history. A member of Eastminster Presbyterian Church from 1959, he served as an elder for 9 years, a deacon for 6 years and a treasurer for 2 years.

Douglas is survived by his children Alan, Don and Jean. He is also survived by: Alan’s daughter April (Ray) and their children Madeline, Amelia, Tatum and Nolan; Alan and Carol’s children Austin (Brittany), Chelsea (Will) and their daughter Elizabeth Lynne, and Dallas; Don and Maria’s children Geoff, Amy, Lauren (James) and Annie.

Interment of ashes will be in Eastminster Presbyterian’s Memorial Gardens. He will be sorely missed.

To place an obituary with The State News, please contact our Advertising Department.

How are East Lansing businesses preparing for winter break?