PREVIEW: 'We have a tough pod': Michigan State gymnastics up against three ranked teams at Elevate the Stage

After a pit-stop home to Jenison Field House, the Michigan State gymnastics team (3-3-0) is taking to the road again, this time with sights set on Toledo, Ohio for their second appearance at “Elevate the Stage”.

The Big Ten has been cut in half and will compete over the course of Friday and Saturday.

In their 2019 season, the Big Five and Elevate the Stage were two separate meets on the schedule, as opposed to this year, when they are being roped together into one weekend.

During last year's Big Fives, the team recorded a season-high score of 49.100 on the vault for an overall score of 194.625, but still fell to the bottom of the Friday bracket against Iowa State (first), Nebraska (second), Penn State (third), and Maryland (fourth).

During last year's Elevate the Stage, the team tied its season-high score of 49.200 on the floor exercise in Birmingham, Alabama, but again, still fell to the bottom of the Friday bracket against Georgia (first), Minnesota (second), and Arkansas (third).

All three of the green and white opponents that night had posted an overall score of 197.000-plus, while Michigan State just barely passed 195.000.

The ladies are being given a redemption shot this season with the Nittany Lions, the Terrapins, and the Gophers in their schedule once again.

"We have a tough pod on Saturday night (at Elevate the Stage) and we've got to work on landings on every event," coach Mike Rowe said, after his team's most recent meet against No. 23 Illinois (6-4-0) Sunday.

The Spartans dethroned the Fighting Illini and, for the second time in the 2020 season, broke 196.000-plus for an overall meet win.

"We're doing better, we're really consistent," Rowe said. "But, some landings on floor we gave up today. We've given up three or four on vault — which, those are probably the hardest — but ... you can pick up a point when it comes to that many."

Big Five Gymnasts to Watch For

The Spartan spotlight is hot going into the eighth week of the season.

Freshman Jori Jackard was named the Big Ten Event Specialist of the Week by the conference on Sunday after she posted a career-high score of 9.925 on the uneven parallel bars to counter Illinois and take the top-dog spot on the podium.

This is Jackard's third title mark this season on bars, and it not only ties for the fifth-best individual bars score in program history, but is also the highest score since the 2018 season when former Spartan gymnast Hailee Westney also posted a 9.925.

The last Spartan to wear the crown of Big Ten Event Specialist was senior Gabriella Douglas, announced on Feb. 5, 2019.

Douglas is currently ranked as 37th in the nation for the balance beam and also one of 32 nominees for the 2020 AAI Award presented by American Athletic, Inc. Equipment.

Also standing out, for the second week in a row, is junior Lea Mitchell. Against Illinois, Mitchell tallied her fifth all-around title of the season with a score of 39.300 for top gymnast honors. She is currently ranked as 39th in the nation for the all-around.

For the opposition, Wolverine freshman Sierra Brooks became the second woman in her university's gymnastics history to receive the honors of Big Ten Freshman of the Week for the fifth-straight week in a row, joining former Wolverine gymnast Olivia Karas.

Brooks finished in the top five in all of her events in a road win against Iowa on Feb. 14, taking outright first place titles for the all-around and bars, and tying for first on the vault.

For the Gophers, junior Lexy Ramler rounded out the in-conference award ceremony after receiving the honors of Big Ten Gymnast of the Week for the second time this season and 12th of all time.

Ramler posted a 9.975 on bars to tie both her career-high and her university's program record. Ramler also set a season-high in the all-around with a score of 39.625 to tie for eighth all-time in Minnesota's program history.

For the Terrapins, three gymnasts earned career-best scores in their rivalry face-off against Rutgers Sunday.

Freshman Reese McClure posted scores of 9.900 on floor and 9.850 on beam, while senior Tiara Wright posted a 9.925 on floor and, in only her second collegiate level meet, freshman Sophia LeBlanc posted a 9.975 on vault and 9.700 on beam.

For the Nittany Lions, junior Lauren Bridgens won her fourth all-around title of the season, tallying a scoring of 39.150 in their meet against Ohio State (3-3-0) on Feb. 14.

Her teammate, fellow junior Kourtney Chinnery, has been a strong leader for the blue and white this season. Chinnery captured the vault title with a season-high of 9.825, her second career vault title overall.

This bracket of Big Ten teams is desperate for a spot on that podium. The Spartans have a brutal competition ahead of them if they want to snag a medal.

"We've been trying to up our game, improve ourselves and maybe be that Cinderella team in the Big Ten that surprises people," Rowe said.

Share and discuss “PREVIEW: 'We have a tough pod': Michigan State gymnastics up against three ranked teams at Elevate the Stage” on social media.

U of M students ordered to stay in place, Ingham County worried about football parties 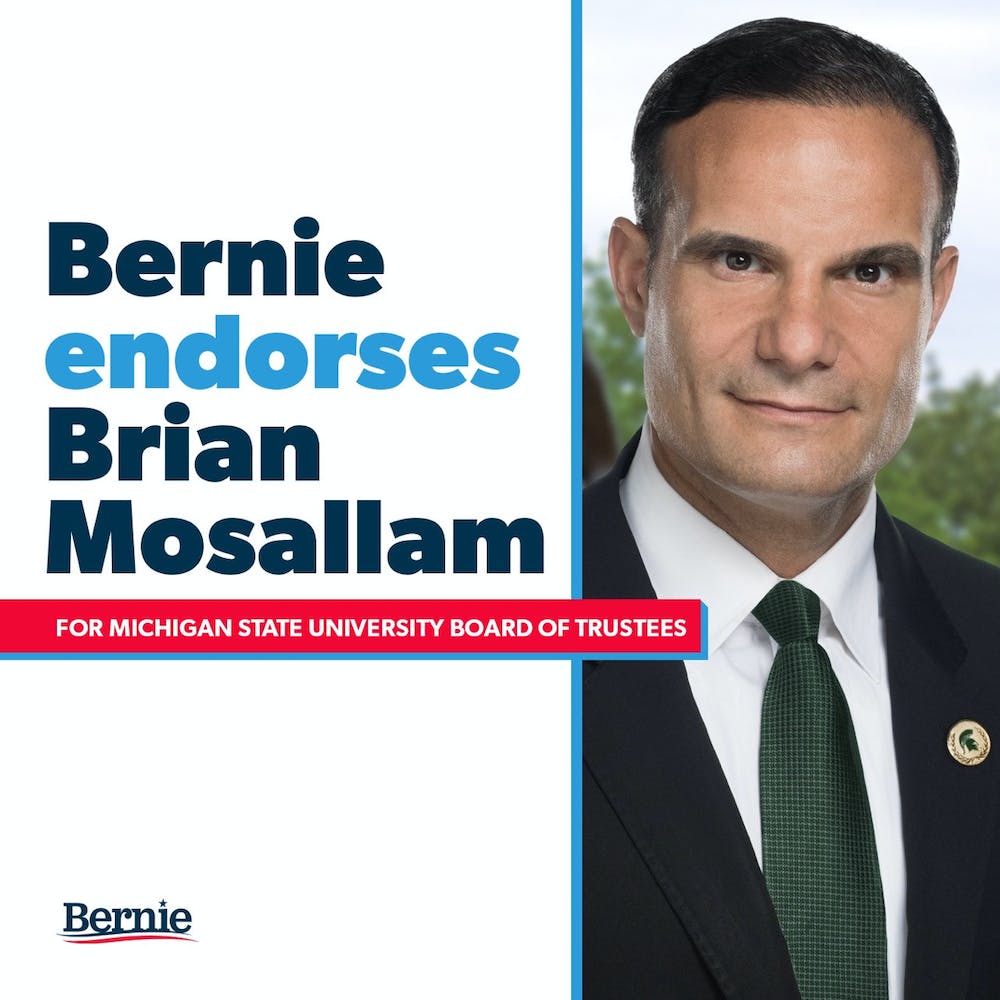 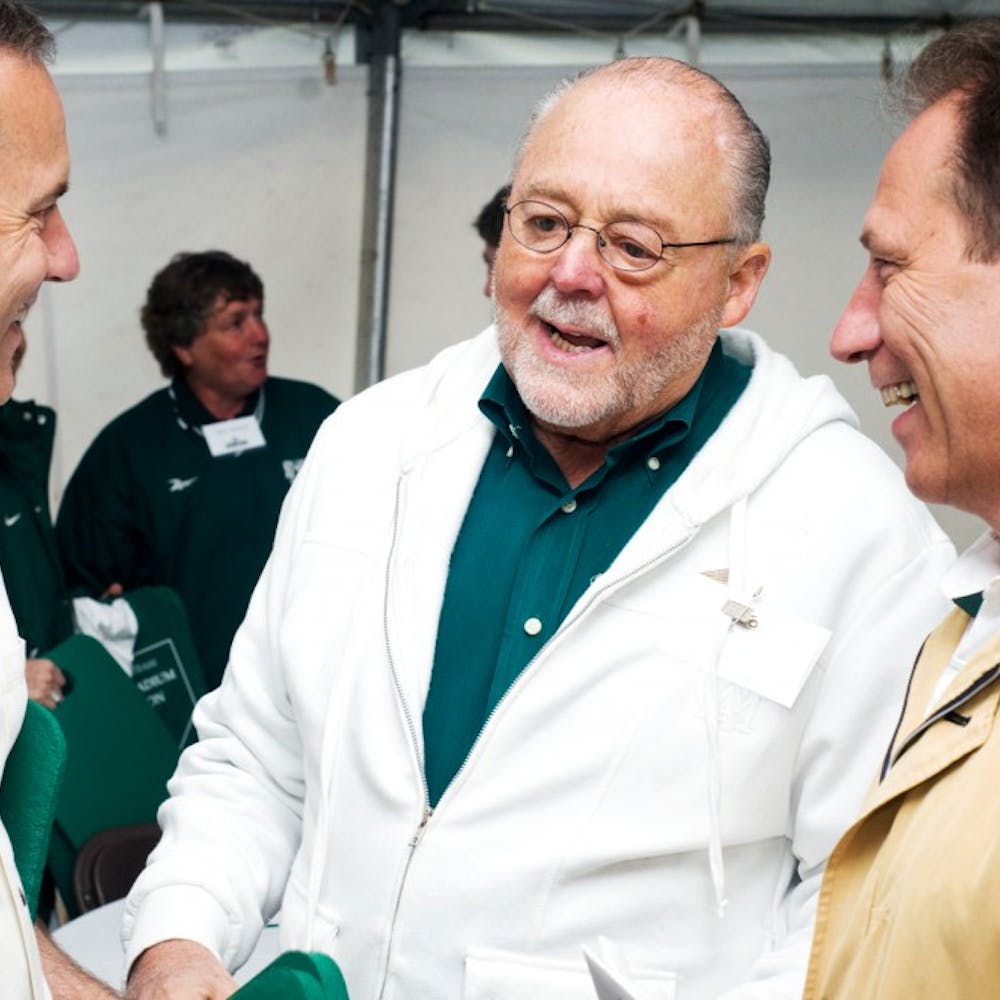