Column: How I knew it was time to change my major

Since my junior year of high school, I knew I wanted to be a journalist.

I was pretty good in my high school newspaper. I was able to get an internship at the Detroit Free Press the summer before my senior year. I enjoyed what I did.

I knew I wanted to be a journalist, until I knew that I didn’t.

To many college freshmen, changing your major can seem like a daunting thing, especially if you thought you knew what you were doing with your life prior to entering college.

I thought I loved all aspects of journalism. But being good at something and actually enjoying it are two very different, but often confused, things.

My doubts started before I came to MSU, whether I wanted to acknowledge it or not. I remember looking up “should I major in English or journalism?” quizzes on Buzzfeed before I even went to orientation.

The results would all point to English, but I ignored them. What did a stupid quiz know about me, anyway?

Apparently, the quiz knew quite a bit.

The best way to describe how I finally knew it was time for a change was that something just didn’t click.

I originally thought it was the university, which terrified me because I had no idea where I’d even transfer. But that didn’t make sense because I felt fine on campus most of the time.

I thought I was just homesick, but that didn’t fit either. I wasn’t the type to generally miss home, and like I mentioned before, I was usually fine on campus.

So, when did I feel lost?

Every time someone would ask me, “What type of reporter do you want to be?” I would inwardly cringe. I didn’t want to report. I couldn’t even answer the question most of the time.

It wasn’t like I hated reporting, but I didn’t love it. I did because I had to, but if there was a miraculous way to be a journalist and not report, I’d choose it.

However, I loved writing. I always have and I always will. When I started looking for majors for future writers, the choice was obvious: English.

It was like all of the signs were flashing “Change your major!” in bright neon lights, and I decided to close my eyes and proceed blindly.

Why? Because preparing to be a journalist was something I’d been doing forever.

Changing my major felt like this monumental thing; like I was changing a part of my identity. All my family members, old teachers, friends, and acquaintances knew me as a journalism major.

I felt like a fraud. How was I supposed to tell everyone I didn’t love it anymore?

Simple. You just have to.

Changing my major, though initially terrifying, was one of the best decisions of my life. When I walked out of the English department advisor’s office, I felt like I made the right decision. That uneasy feeling in my stomach about my future was gone.

Changing your major doesn’t make you a new person. Journalism major SaMya is the same person as English major SaMya, just with a different title.

I’m not saying that a Buzzfeed quiz should determine your major, but maybe, every once in a while, they are right. 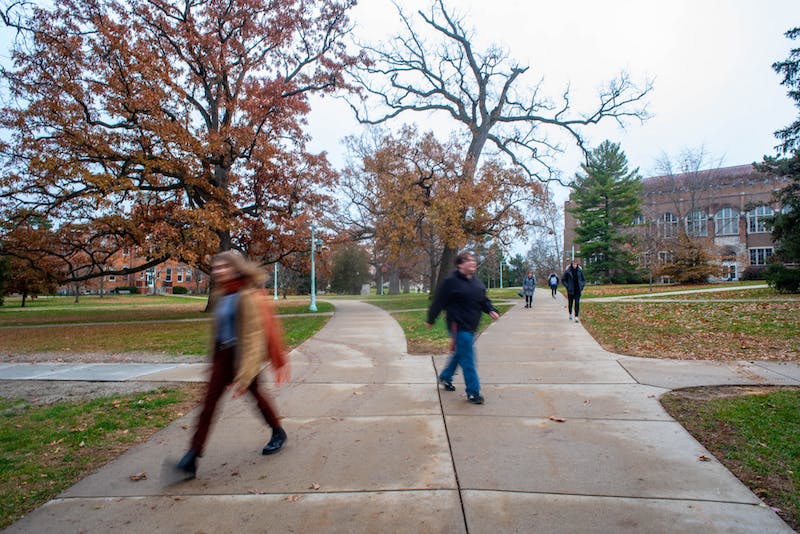 If you haven’t changed your major yet, you’re in the minority.