Meadows kept his seat by just two votes, pushing out fellow incumbent Erik Altmann. Gregg and Babcock are new to the council.

“The people are ready for a change. They want things done differently,” Gregg said. “I’m pretty excited that we’re going to be able to do that.”

Babcock said she was thankful to voters for the honor to go door-to-door in her campaign to meet the city’s residents. Meadows — who has been on the East Lansing City Council since 1995, taking a break in between 2006 and 2015 to serve in the Michigan House of Representatives — said he was disappointed he wouldn’t serve alongside Altmann.

The light student voter turnout this year was not surprising to election officials.

“We’ve only had a few voters today, hoping for more,” poll worker Joe Dewan said while working the precinct at the MSU Union on election day. “This is really ... not as appealing as a presidential or a midterm election because there’s not so much on the ballot.”

Along with voting to fill three East Lansing City Council positions, the city also voted in favor of allowing the council to sell all or a portion of 26.83 acres of vacant land.

Cathy Scott, an election worker and chair for the 12th precinct, said voter turnout among MSU students was “pathetic.”

“I was not expecting a large crowd because it’s mostly city council and a plot of land that the city wants to sell,” Scott said. “I don’t know if students are aware that there’s actually another student running for city council. I thought that might bring some people in, but I don’t know how well that information got out.”

Scott noted that with smaller, local elections like this, she has seen as few as six voters throughout the entire day in the past. By noon on Nov. 5, she said she saw five voters. Polls opened at 7 a.m.

At the other precincts on campus, IM Sports-East and IM Sports-West, the precinct chairs saw the same level of turnout on election day.

“If we get 50 voters today, that would be pretty high,” Jim Sigmon, chair for precincts 13 and 14, said. “(Local elections) are more important than national elections as far as I’m concerned. What you see here locally, you’re going to be impacted by this as a student.”

This was Sigmon’s fourth time at this precinct area and he said there was a similar turnout for the 2017 election.

He cited a lack of excitement for and awareness of local elections as the reason for low turnout.

There were a total of 13 voters by mid-election day at IM Sports-West.

“Last election cycle, about this time, we would have seen, I’m estimating, about 200 voters for the midterm elections,” Devin Humphreys, chair of precinct 15, said.

The East Lansing City Clerk’s office had higher numbers. They reported 1,640 absentee ballots were issued with 1,404 returned around 2 p.m. This called for the highest turnout rate of the day at 86%, and it had only gone up from there.

East Lansing City Clerk Jennifer Shuster also said there was a decent turnout for same-day registration, with three having come in by 2 p.m. on Election Day and 133 having signed up during that two-week time period citizens have to register at her office.

“I’m hoping for that same turnout, if not exceeding that, but we won’t know until after eight, when we start transmitting those results to the county,” Shuster said.

All precincts reported by midnight, and the city voted for Meadows and two newcomers.

Meadows is the incumbant mayor of East Lansing.

Gregg is a small business owner and serves on the Ingham County Parks Commission. She also worked as a reporter for East Lansing Info. Gregg was inspired to run after participating in many city council meetings.

Babcock is a lawyer and runs Lisa Babcock PLLC in Lansing, advising election law. She formerly worked as a newspaper reporter. 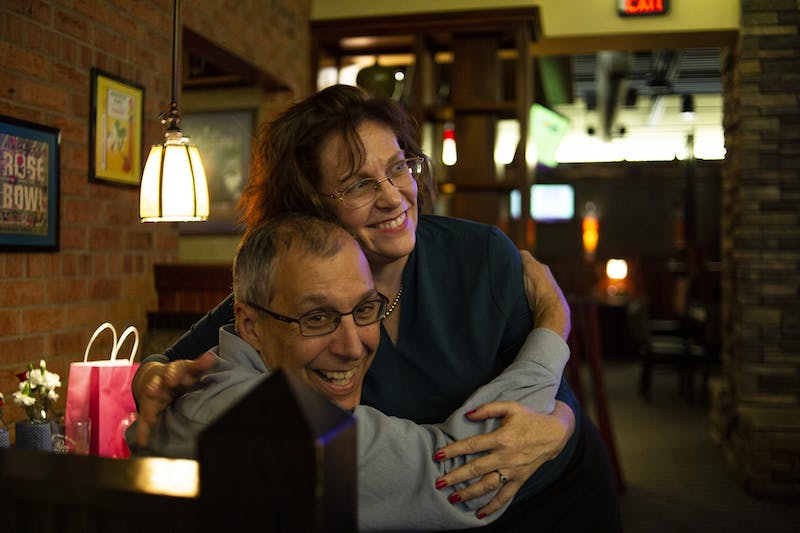 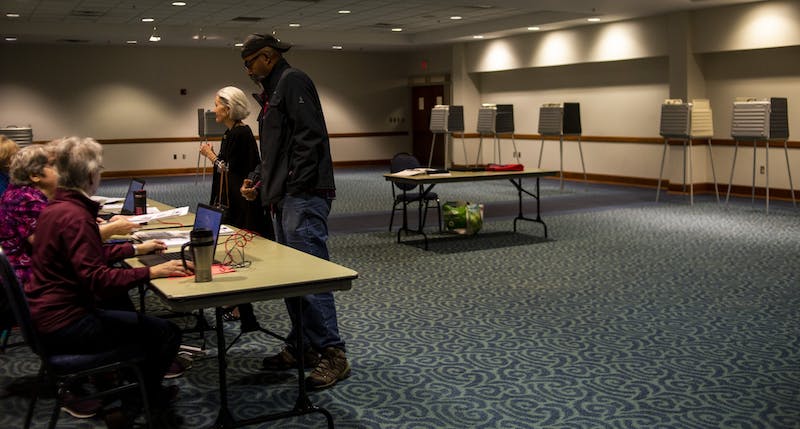