Katherine — better known as Cookie — Rifiotis applied to be a part of the Associated Students of Michigan State University before she even left her home country of Brazil. Now a graduating senior, Rifiotis has worked multiple different positions within the organization.

In her final year, she was the first international student ever to lead it.

Due to her extensive involvement as the student body president, the political theory and constitutional democracy senior said she likes to joke that she has a “major in ASMSU" and a "minor in crisis management.”

“You get to that point where you learn so much about the issues on campus, and finally you ... sense that you have enough institutional knowledge to actually tackle some of those issues," Rifiotis said. "That’s where I found myself."

From Brazil to MSU

Rifiotis was born and raised in Brazil, and applied to be a part of ASMSU's freshman class council before setting foot in the United States.

“I came from a really small high school where the same 10 people did everything,” Rifiotis said, before adding she was one of those 10 who were heavily involved with the community.

She said she wanted to find something that would allow her to continue with public service, event planning and forming initiatives.

“I wanted also to try to make the institution feel a little bit smaller and more like a community," Rifiotis said. "That prompted me to apply.”

During her freshman year at MSU, Rifiotis served as secretary of the freshman class council. From there, she progressed into positions that include: General Assembly representative for the James Madison College, chair of the University Student Commission and Community Relations Coalition, associate director of the Association for Big Ten Students and more.

She also served on the Office of the President as the Vice President for Internal Administration and finally, as president.

When asked if her involvement helped her transition into life at MSU, she said, “For sure.”

“Within student government, you learn a lot about how the university works," Rifiotis said. "It was so much easier for me to navigate the institution after being involved in ASMSU for a year or so."

Her term as Vice President for Internal Administration (VPIA) began after former VPIA Jason Porter resigned from the position during Rifiotis' sophomore year. Seeing the vacant seat as an opportunity, Rifiotis announced her candidacy and ran against seven others. After winning the highly contested election, Rifiotis ended that year as the VPIA and served in the position again during her junior year.

“I decided to run because, at some point, I maxed out the things I could have done as the Vice President for Internal Administration,” Rifiotis said.

The election took place in April 2018, following the end of former President Lorenzo Santavicca's two-year presidency. She ran unopposed, and was elected unanimously by the 2018-19 session's General Assembly.

She said she wanted to be a part of finding the solutions for a lot of the issues she recognized on campus.

“I then started to realize not only what the problems were — because that’s easy to identify — but the process by which the solutions could be found," Rifiotis said.

Throughout her campaign, she prioritized the university-wide healing process following the aftermath of the Larry Nassar scandal, as well as addressed the stigma related to mental illness.

President-elect Mario Kakos said that out of the newly-elected members of the Office of the President, almost all of their campaigns were influenced by Rifiotis’ passion for the organization.

“There are many people that she reaches out to and ensures that they're engaged, and she sees the potential in people far before they may ever see it,” Kakos said.

Former Executive Assistant — a position that works closely with the president — Caroline Colpoys attributed her role on staff to Rifiotis’ encouragement and influence.

Former College of Music representative Isaiah Hawkins was involved in ASMSU for each of his four years at MSU. He acknowledged Rifiotis’ ability to push ASMSU members, including himself, to think in terms of what is best for the organization.

“More than anything else, one of the things that kind of goes unnoticed is that she’s a very excellent logical thinker," Hawkins said. "She is very good at asking questions and really planning out her line of attack and problem solving with her approach to ASMSU."

Hawkins said they didn't always agree on everything, but he learned a lot from their discussions.

“We argued often, but I always feel like I came out as a better debater and better problem solver just because of how I had to lay out my thinking so that I could have that conversation with her, and so that we could both set the course for ASMSU in the best possible direction," he said.

As for her leadership, Colpoys said Rifiotis has a “very interesting leadership style."

"She's always pushing people to do their best and she won’t accept anything less.”

Representing the undergraduate student voice in the presidential search

Aside from her duties as president, Rifiotis served as the sole undergraduate student representative on MSU's presidential search committee throughout her senior year.

Rifiotis said she would be “constantly deferred to” throughout the presidential search process because she represented the student voice.

In order to carry out this responsibility in the best way possible, Rifiotis held student input sessions with many colleges in order to listen to and take note of what students hope for in a permanent university president.

“She really took it so seriously as the only student representative on that search committee,” Colpoys said. “She wanted this to be just a place for students, where they could come and voice their opinions properly without fear of other adults in the room."

Rifiotis described these input sessions as being “a really extensive process."

"It really took a lot off my shoulders in trying to make sure that I was representing students the best way possible," she said.

Despite the time commitment and hard work, Rifiotis praised the opportunity she was given.

“It was also extremely eye opening because I was able to interact with some of the most phenomenal, accomplished people that were applying for the position of MSU president," she said. "Learning about what different people could offer for our community, trying to figure out what was the best thing at this possible time that we needed and then trying to transcribe those qualities into a person."

As Rifiotis graduates, Kakos will take her place as president. This will be the second year Kakos will act as Rifiotis’ successor, since he took over the position of VPIA following her term.

Kakos said he looks up to how “authentically” Rifiotis, who he considers a mentor, leads. He recalled a memory of walking into her office when she was still the VPIA.

“She had a Finding Nemo plush toy and a minion doll and, in my perspective, I would see that and think, ‘Wow, how is she able to have these things out and not fear that other people wouldn't take her as seriously?’" Kakos said. "But she has shown me how you can balance that. Being taken seriously and treated with respect but not compromising your character by still being expressive with the things that you enjoy.”

As for her policies, Kakos acknowledged that he would like to continue “reaching out and being accessible to students,” like how Rifiotis has done through holding office hours and sharing information through “Cookie’s Comments” on each email sent to the General Assembly.

“I plan to continue that accessibility, not only to members of ASMSU, but to student concerns, like students who don't have time to be involved in ASMSU but still want — and frankly need — their voices to be heard," Kakos said. "So, furthering that aspect in whatever way it might manifest."

Learning from ASMSU and moving forward

The next step for Rifiotis is to apply for law school, which she hopes to start in fall 2020. Until then, she plans on taking the next year to work and is considering job offers in Lansing and at MSU.

As for her future endeavors, Rifiotis said she will go forward always remembering, referring to and telling stories about her experience leading ASMSU.

Her biggest takeaway was learning about the strength of working as a team and being able to break down barriers to do so, she said.

“No person is an island," Rifiotis said. "The university has so many silos and we were only successful when we were able to break down some of those silos and work in tandem and work collaboratively. The importance of building consensus and working with other people towards a common goal really is what makes organizations, makes projects and initiatives strong.” 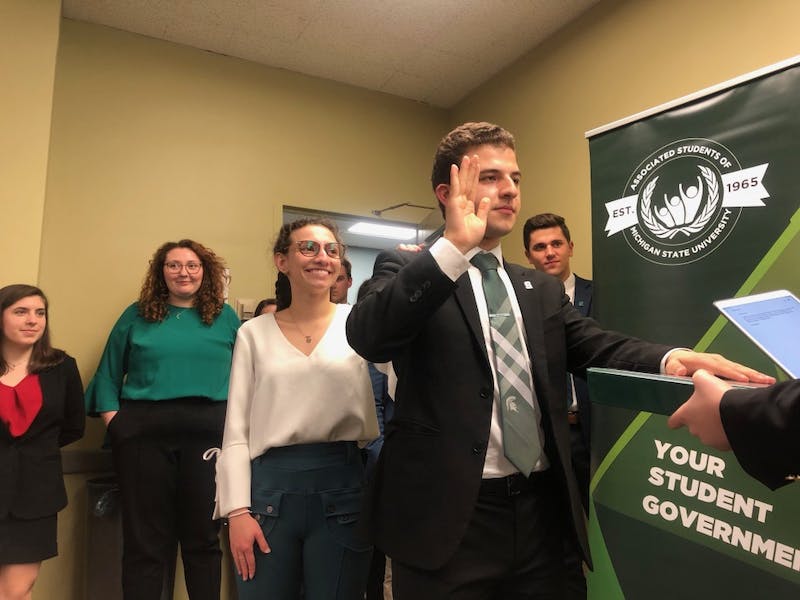 Elections for the Office of the President of the 2019-20 session took place April 17 and April 18.&nbsp; 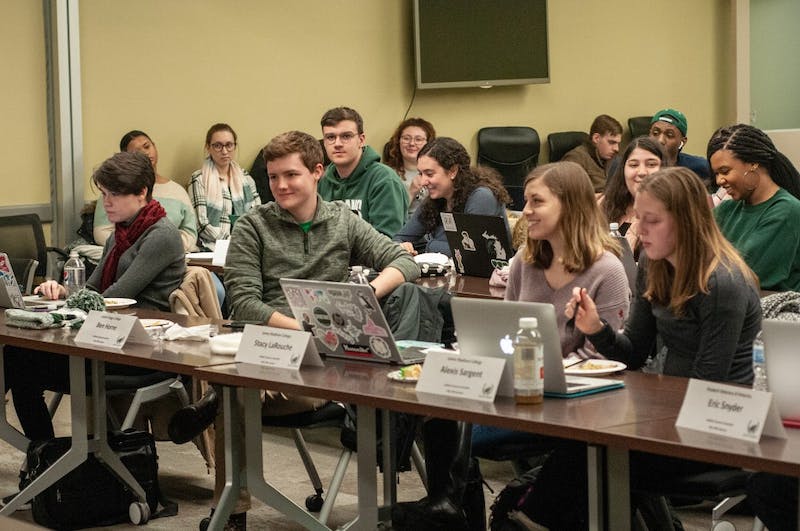