Being judged because of his major is a fact of life for English and secondary education senior Eric Bowers. As a man in the College of Education, Bowers is a minority in one of the most female-dominated colleges on campus.

“I just feel like male teachers are something that are becoming more and more (prominent),” Bowers said. “That comes up still … almost every time I say my major — there’s this moment where I think, ‘What is the other person going to think about me?’”

A study released this week by doctoral student Jayne Baker and associate sociology professor Ann L. Mullen at the University of Toronto shows schools with athletic programs that emphasize male-dominated athletics are less likely to encourage gender integration amongst students’ majors. The study, which was presented at the annual conference of the American Sociological Association, alternatively shows schools without big athletic programs inspire students to venture outside of stereotypical career paths.

As MSU is an NCAA Division 1 school, its athletics programs compete on the highest level of collegiate competition. Although Baker and Mullen’s study did not mention MSU specifically, major gender disparities exist in various MSU colleges and Bowers isn’t the only one who finds himself a minority in his studies. Many students at MSU find themselves pursuing degrees historically dominated by the opposite sex.

By the numbers
During the 2010-11 academic year, the college with the biggest undergraduate gender disparity was the College of Nursing, which had an average female student population of about 86 percent compared to a male population of about 14 percent.

The College of Veterinary Medicine and College of Engineering round out the top three of the most unbalanced fields of study, both with a gender difference of more than 65 percent among undergraduates.

The ratio of women to men in the College of Education, another traditionally one-sided field, was more than three to one.

Bowers made the choice to pursue education after being inspired by some of his own teachers in high school and said he looks forward to helping kids in the classroom, in addition to serving as a positive role model in their lives.

“I want to be a teacher … because I know male teachers can be fantastic role models for young students a lot of the time,” he said. “That good feeling I have is really genderless.”
Studying in a field that has been historically saturated by women, Bowers is aware of the stigma he might face as a man.

“It might discourage the naive, but those that are actually passionate will come to the profession,” Bowers said.

“It becomes a self-perpetuating thing,” Dillon said. “There are very few women (in engineering), so there are very few role models. There’s a sense of isolation when you go into a classroom of 50 people, and you’re the only female ­— you just feel different.”

The most balanced colleges on campus last year were the College of Agriculture and Natural Resources, College of Natural Science and James Madison College, all with a less than 5 percent difference in gender population.

Some students traditionally have avoided fields of study because of the clichés and stereotypes that surround them, Dillon said.

“I think some of it is self-selection,” she said. “(Perhaps) early in life they’re indoctrinated to think that something is unladylike or something that girls just don’t like to do.”

“I’ve been here for over 25 years, and I haven’t seen dramatic changes,” Briedis said. “We really haven’t seen the same women representation of engineering as there is in the population.”

Athletic influence
Men and women both have struggled to gain footholds in different careers throughout history, but the reason behind the trend is a topic for debate.

Baker and Mullen’s study suggests institutions that are more “highly gendered” and those “with a strong commitment to male-dominated athletic teams” are more likely to exhibit gender segregation among various academics pursuits.

“It is conceivable that institutions, such as these, create and promote an institutional culture based on strong distinctions of masculinity and feminity,” the study asserts. “(Culture) then influences the options that become more thinkable and unthinkable for students as they choose their field of study.”

Neither Baker nor Mullen could be reached for comment.

Ed Etzel, sports psychologist and professor at West Virginia University, said although the athletics program might have an influence in a student-athlete’s major choice, it shouldn’t necessarily correlate to the average student.

“I’m unaware of evidence that it has an impact on non-athletes’ selection of majors,” Etzel said.
Director of the Collegiate Employment Research Institute at MSU Phil Gardner said the issue deals less with athletics and more with the workplace environment of certain majors.

“If they had done that study 20 years ago, I would say, ‘Yes,’” Gardner said of agreeing with the study. “But I’m not sure that’s valid.”

The type of work and work environment is one of the main reasons women have historically stayed away from professions in fields, such as engineering, Gardner said.

“There’s a large number of women (who) could do well in engineering and shy away from it,” he said. “I don’t see anything moving engineering significantly forward unless we change the work place.”

Bridging the gap
Many stereotypes involving gender roles in the workplace have existed for more than a century, and breaking barriers in different fields is a long and slow process, Briedis said.

Dillon said a lack of women interested in computer engineering has left opportunities on the table.
“There’s a lot of tremendous jobs in this terrible job market for computer programmers,” she said.

“If there were women in those positions, they would be getting those jobs.”

With such potential in expanding fields, the reason for the gender gap is something that stands the test of time, Dillon said.

“That’s the million dollar question,” she said. “There are a lot of people that are actively working to try and reverse that trend.”

Having a more diverse field can benefit any discipline, said Briedis. The differences in how men and women think, listen and solve problems complement each other in the workplace, she said.

“The advantage that you would gain are different perspectives on whatever that profession is focused on,” Briedis said.

Although there haven’t been monumental shifts of a certain gender into a relatively consolidated field, there have been subtle changes.

“What I have seen … is a step in the right direction,” Briedis said. 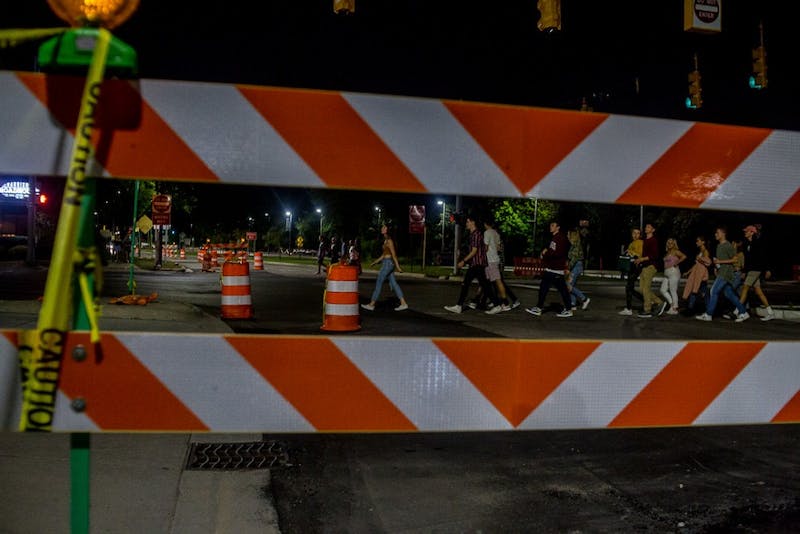 East Lansing Fire department said 10 people were on a roof over a porch when it collapsed at around 2 p.m. on Saturday. 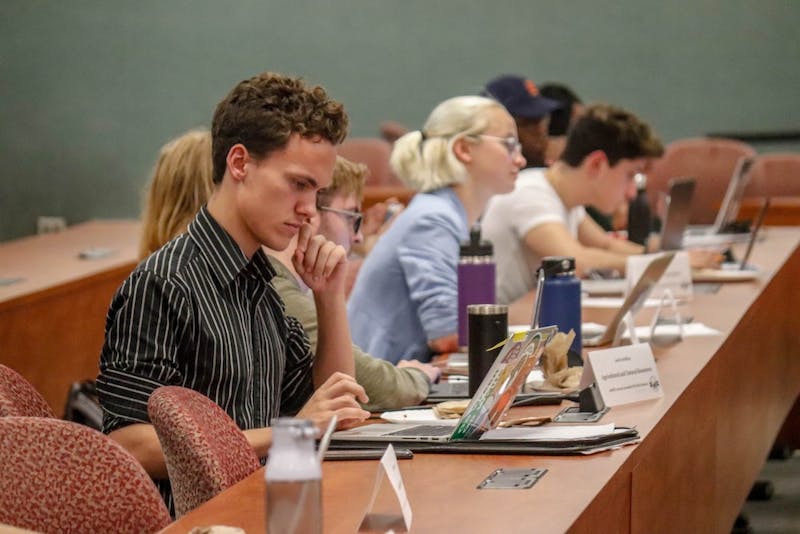 ASMSU sat for a General Assembly meeting Thursday night to discuss the reallocation of bike-share funds, ICE protocol on campus and constituent communication.&nbsp; ...