Both events portrayed different moods to the media. Slotkin's was an open and celebratory event, touting victories big and small into the early hours of the morning. Barrett's was a private affair in which media was not allowed inside, with the candidate coming down a handful times throughout the night to update the press.

Slotkin was declared winner of the 7th District race at around 3:15 a.m. by the Asso﻿ciated Press, with 50.9% of the vote.

Minutes after arriving at her election viewing party, Slotkin volunteer Mike Gorishek said that “I'm cautiously optimistic, I don't want to feel too bad if it goes south.”

By the end of the night, Slotkin’s supporters had forgotten the caution and were plainly optimistic about her race.

Slotkin and her campaign hosted their election-night party in East Lansing’s The Graduate Hotel and Bar. Her party was attended primarily by field volunteers and major supporters.

As they started arriving at 8 p.m., guests shared stories of seemingly endless hours devoted to the campaign.

They repeated the phrase, “cautiously optimistic” – they had seen the polls putting Slotkin neck-and-neck with her opponent, Michigan Sen. Tom Barrett, and knew early returns would be disproportionately red. They had also seen reports of long lines on Michigan State University’s campus, as a near-record number of students turned out to vote.

Human biology freshman Maxwell Smedley, one of the first to arrive to the party, was one of the MSU students Slotkin’s campaign paid to go door-to-door registering voters in their dorms. As he settled in, Smedley said that interacting with young voters one-on-one gave him faith that Slotkin had the support she needed.

“I've been doing it for the last couple months, and there's always good days and bad days … getting into the nitty gritty with those people that are kind of on the fence about it, not really sure if they want to vote," Smedley said.

Gorishek, a Slotkin volunteer who canvassed rural areas around Lansing and East Lansing, hoped his work would pay off, but was worried by the effects of the redistricting on Slotkin’s chances.

“Even though she's an incumbent, she has a whole new base of people to convince to elect her. So who knows? It's a toss up,” Gorishek said.

About an hour after guests arrived, Emma Grundhauser, Slotkin’s campaign manager, read the first results of the night to the crowd. She announced that Dimondale, a village about 20 minutes south of East Lansing, had released their results, with Slotkin winning by a margin two points higher than Democrats in 2020. The crowd erupted in cheers.

Grundhauser then cautioned that crowd that the next results would be from conservative counties, and that the heavily Democratic Ingham County would likely be the last of the night – or early morning.

After the announcement the crowd continued to mingle. Sue Hoffman, a longtime Republican and former Eaton County Commissioner, enjoyed a drink with a longtime Democratic organizer.

Hoffman said that she and her husband were swayed to support a Democratic candidate after sitting down with Slotkin to talk about the issues during her 2018 campaign. They went on to host a Slotkin event in their home, and volunteer for her campaign.

“We have got to have bipartisan movement, we have to have people willing to work both sides of the aisle, and she's that kind of person,'' Hoffman said. “She's putting the country before her personal ambitions, and she's doing what she thinks is best.”

Slotkin was introduced to the stage by her 12-year-old niece, Ruby. The young girl said she was always considered the congresswoman “the fun aunt,” and further noted that she can catch a grape in her mouth “thrown from anywhere in the room.”

The crowd chanted as Slotkin took the stage. She began her speech by acknowledging the MSU students who turned out in record numbers, and thanked those who were still waiting in line.

She then thanked her family, and staff on the campaign and official side, and cautioned the crowd that they could be waiting until tomorrow morning for results. She announced that she would release a recorded speech after the race had been called “breaking down what happened.”

Grundhauser periodically reappeared to announce positive results. Even small victories around the state, like a less-than-a-percent Democratic win in the Oakland County city of South Lyon, excited the crowd and drove optimism.

Shortly after that announcement, the crowd began to thin. Guests said their goodbyes and made their way out, saying how they were excited to see the results the next morning.

As he was leaving with his friends, Slotkin field organizer Alex Hughes said, “honestly, I’m optimistic.”﻿

Barrett’s campaign watched election results come in at a downtown Lansing office building across the street from the Capitol.

It is difficult to say who attended Barrett’s campaign watch party or what the atmosphere of the party was like because press was not allowed in the actual venue. The campaign cited the privacy wishes of the person, allowing them to celebrate in their space.

Barrett made a handful of appearances throughout the night to the press. When The State News asked him if he would accept the election results even if they did not go in his favor, Barrett said that the question presented a “pessimistic” outlook.

“Why do you guys – that’s the only question you guys ever ask,” he said. “We’re gonna win, quit being so pessimistic.”

When pressed further, Barrett said that he would accept the results of the election but insisted that he was going to win.

A little after midnight, when Barrett came down from the watch party for an interview, he seemed more subdued. But he said he was still optimistic, calling the numbers, which showed him a little ahead of Slotkin with 88 percent of the votes in, “pretty good.”

Barrett said, at that point, most people have gone home for the night. One of Barrett’s advisors, Jason Cabel Roe, said he was hoping to see Barrett overperform in rural areas to offset.

As for the turnout for Ingham County, Cabel Roe was hoping to see the campaign capture about 35 percent of the vote. For Michigan State University, he was not sure.

“I know around 5 p.m. (Tuesday), it seemed to be lower than expectations,” Cabel Roe said of MSU’s turnout. “It remains to be seen, or if it’ll be enough, but it’s not a presidential year, like in 2020, and so typically, like most demographic groups, they don’t perform at the same level. So I don’t know if proportionally it’s going to make a huge difference.”

A little before 2 a.m., Cabel Roe said he was still feeling good about the campaign’s prospects when most polls had Barrett up by 2 percent. Cabel Roe said that he thought the campaign could have had a better outing if the Republicans at the top of the ticket had performed better.

“Tom has always outperformed the top of the ticket in all three of his previous races,” Cabel Roe said. “So it’s not something we're unaccustomed to, but you know if we had a little more wind in the sails, we’d probably have a little more comfort as we stand here at two in the morning.”

Cabel Roe said the campaign was upbeat regarding how the GOP was expected to do nationwide this year.

“I think considering what happened nationally tonight – a red wave that never materialized – yeah, we feel pretty damn good about where we are,” Cabel Roe said. “Everybody else is already gone to bed losers and we’re still standing so we feel pretty good about that.”

Barrett’s message to students at MSU who did not vote for him would be to give him a shot and see what they think.

“I don’t write off anybody as being someone who would never support me and likewise I think they should at least have an open mind about who I am and the things I stand for,” Barrett said. 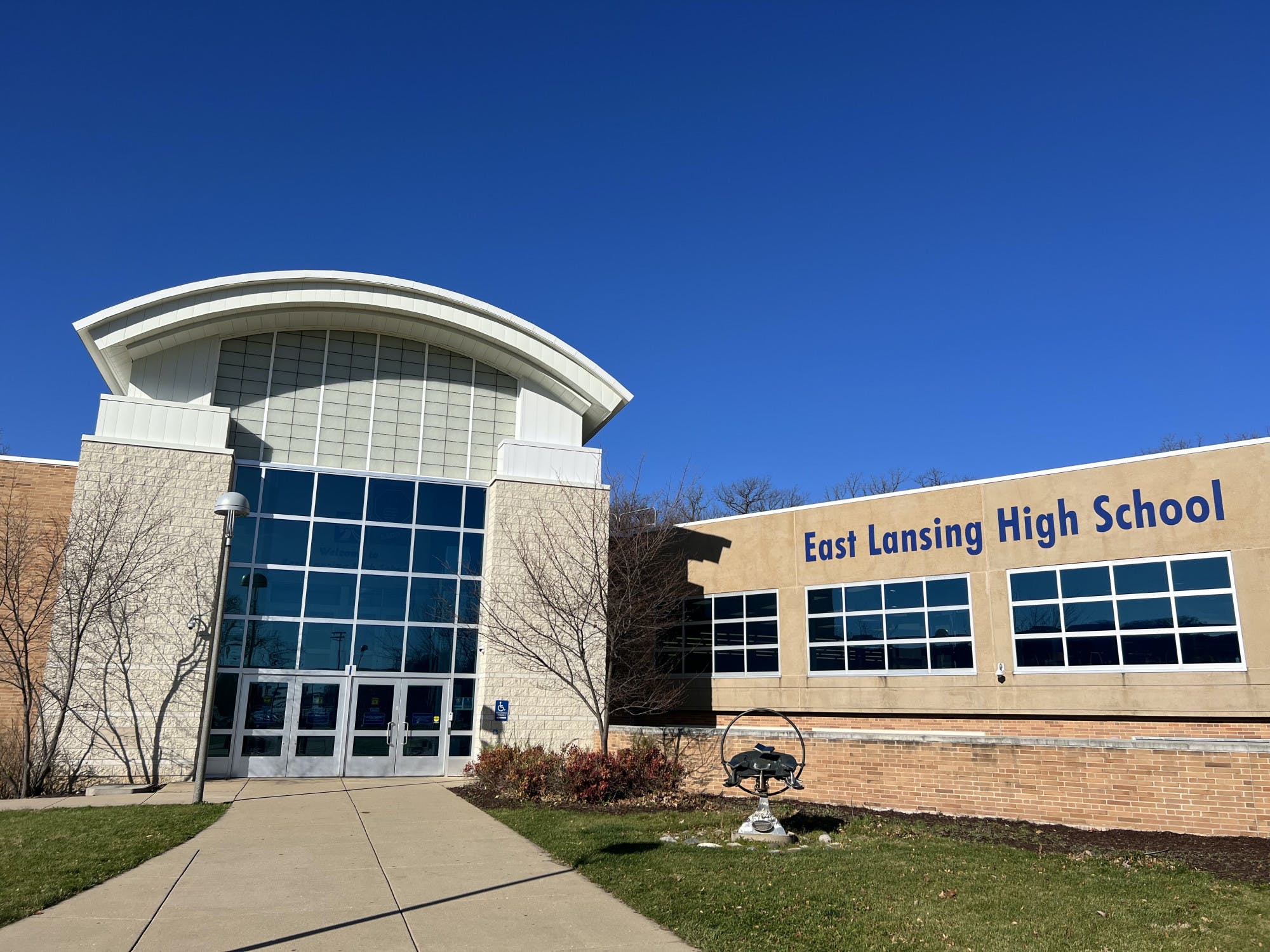 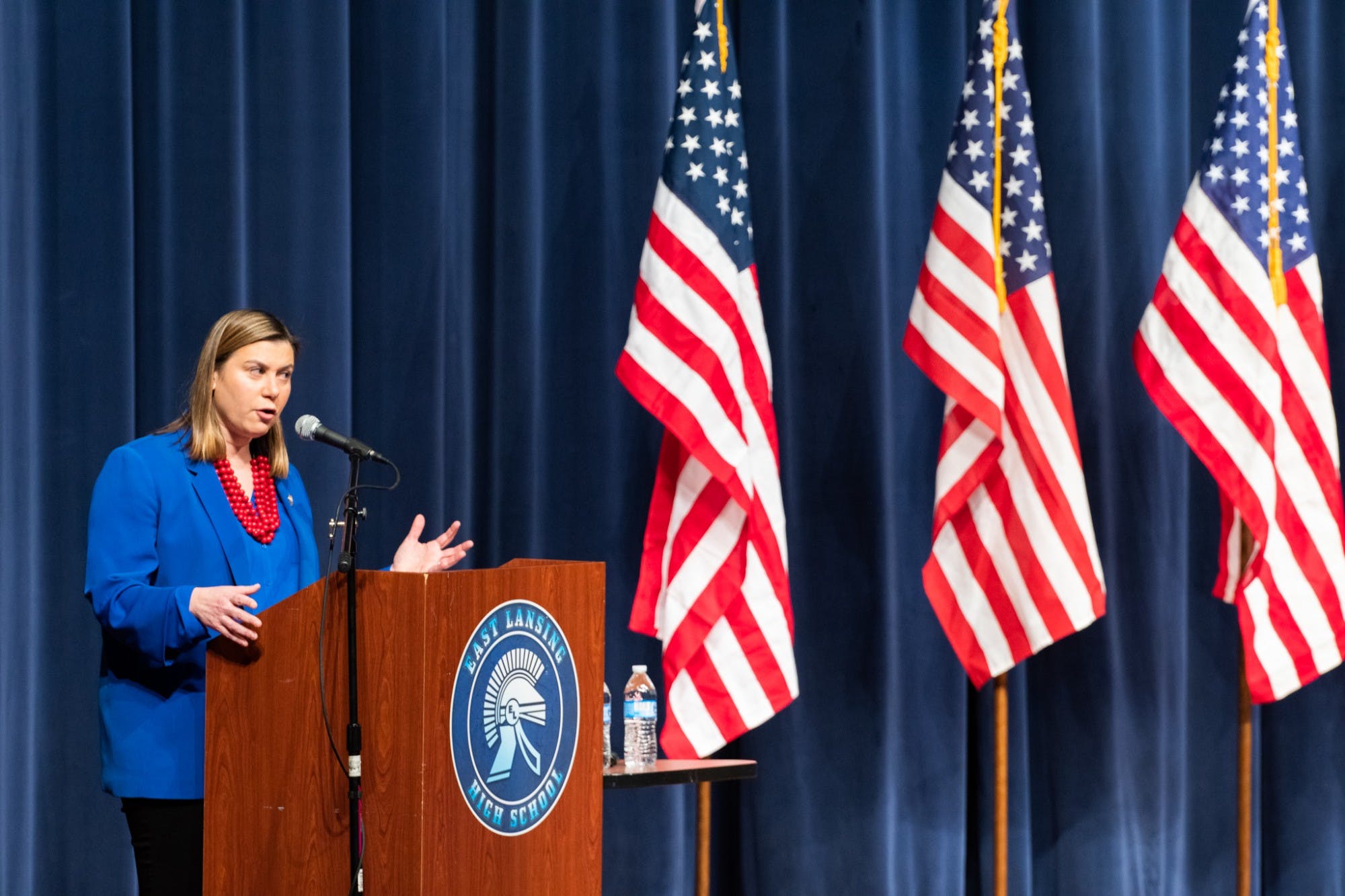 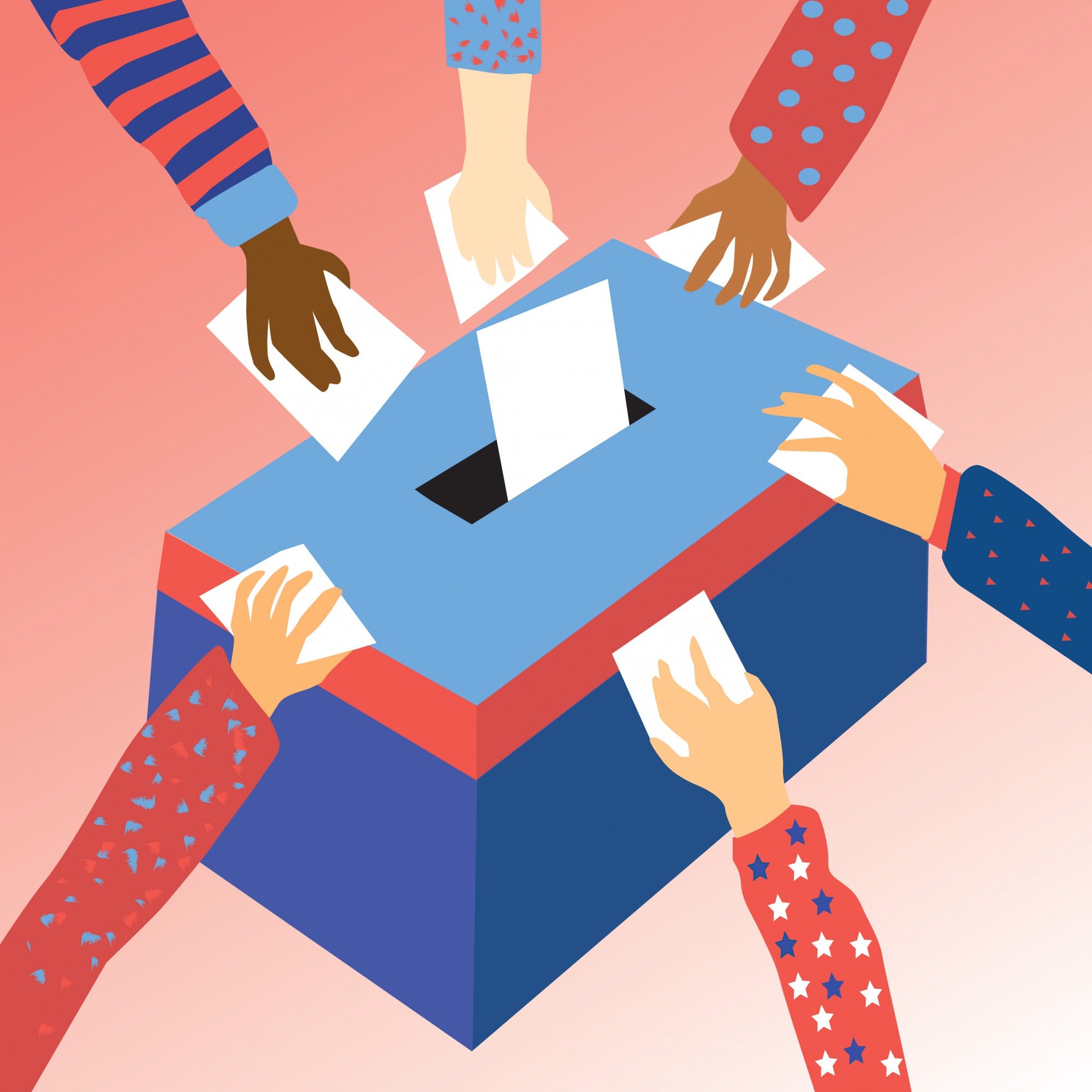