Column: The timing is peculiar, but it was the right move for MSU Hockey to make the change

They say timing is everything. Better late than never. A broken clock is right twice a day. We’ve all heard the cliches.

And when now-former Michigan State Head Coach Danton Cole stood on the podium following another wash of a season under his guard, he noted that drastic changes would be made.

“I’m not going to leave any stones unturned this offseason,” he said one month ago following Michigan State’s departure from the Big Ten Tournament, effectively putting an end to the 2021-22 season.

Little did Cole know that he himself would be one of those stones mutually flipped over by MSU Athletics.

A 58-101-2 record across five seasons, four last place finishes and one second-to-last place finish in the Big Ten. The program was stuck in the bowels of the conference and for most athletic directors, that would be enough for the yank.

But with Michigan State Athletic Director Alan Haller less than a year into his new position and a school with a fringe history of firing its coaches, there was no telling how long the leash on Cole’s job truly was. Cole and Haller’s mutual decision to part ways comes at an odd time, but that doesn’t mean it wasn’t warranted.

Perhaps the time bomb started in the first period of game two of the Big Ten Tournament. Down 4-0 at the first intermission in Ann Arbor, MSU’s season was already in the coffin. Or it started when Michigan State lost its 13th consecutive game before winning the regular season finale in a game that meant nothing for the standings. Whatever it may be, winning that home game versus Penn State on senior night to narrowly avoid an astonishing program losing streak record wasn’t enough for Haller.

However, as the days flew by and the next season’s roster began to take shape, Cole’s job appeared to be safe on the outside. That’s where the timing of this move is compelling.

Since the end of the season, MSU has had three slated returners and four graduated seniors enter the transfer portal. Some have already made their commitments for the future, but for those who haven’t, perhaps a return to East Lansing isn’t out of the picture. Additionally, assistant coach Joe Exter’s contract was not renewed by the school last month – a hire made by Cole in 2017.

Then there are the three guys who have committed to Michigan State this spring via the portal. Just today, the Spartans landed a much-needed goaltender in Cornell transfer Nate McDonald. Rensselaer Polytechnic Institute forward Zach Dubinsky and Clarkson defenseman Michael Underwood committed to the program too.

Not to mention the incoming freshman committed and signed to play under Cole beginning this fall. For them, it may be too late to change any plans. It’s just a slice of the moving parts that have been churning in the program over the last month.

But, to Cole’s credit, he had a multitude of uncharacteristic obstacles thrown his way, mostly at the fault of a hellacious mess left by the previous regime upon his hiring. He was tasked with completely uprooting the program from rock bottom – a goal many knew would take time and thorough decision-making. Then he was slammed with guiding a team through a pandemic season, something no sane coach could have properly prepared for.

He possessed the resume and hockey knowledge for the job, buoyed by a 1986 National Championship as a player at MSU, a Stanley Cup Championship with the New Jersey Devils and seven years of coaching experience with the U.S. National Team Development Program. Then as Michigan State’s head coach, Cole spearheaded a campaign to raise money for Munn Ice Arena renovations, hoping to one day bring a boost to recruitment. But construction fell behind schedule as a repercussion of the pandemic, and the facelift was only partially completed by the end of the 2021-22 season.

Still, at the end of the day, winning is what matters most and Cole failed to do that.

'There are going to be some changes:' Michigan State hockey to make big changes for 2022-23

Through the first half of last season, it finally appeared he had started to steer the program in the right direction. MSU had a winning record, was getting significant contributions from newcomers and the offense was flowing after a horrid previous season. For the first time in ages, there was hope.

Then the Spartans won just one of the last 16 games, adding to the pile of losing seasons and continuing to circle the all-too-familiar drain of college hockey. MSU became an undesirable place to play, unlike its Big Ten counterparts. Players began to leave and recruits decommitted. Cole’s seat got warm and frustrations began to brew inside and outside the program.

That’s when it all boiled over. That's when it went too far. That’s when Cole and Haller agreed this was best for the program.

If history indeed repeats itself, the Spartans, after winning National Championships in 1966, 1986 and 2007, should be hoisting another banner sometime around 2026 or 2027. That timeline is still achievable, but whoever the next head coach may be will have a boatload of work to do in order to return MSU to relevance.

Again, better late than never. This time, the largest offseason boulder has been turned.

Share and discuss “Column: The timing is peculiar, but it was the right move for MSU Hockey to make the change” on social media. 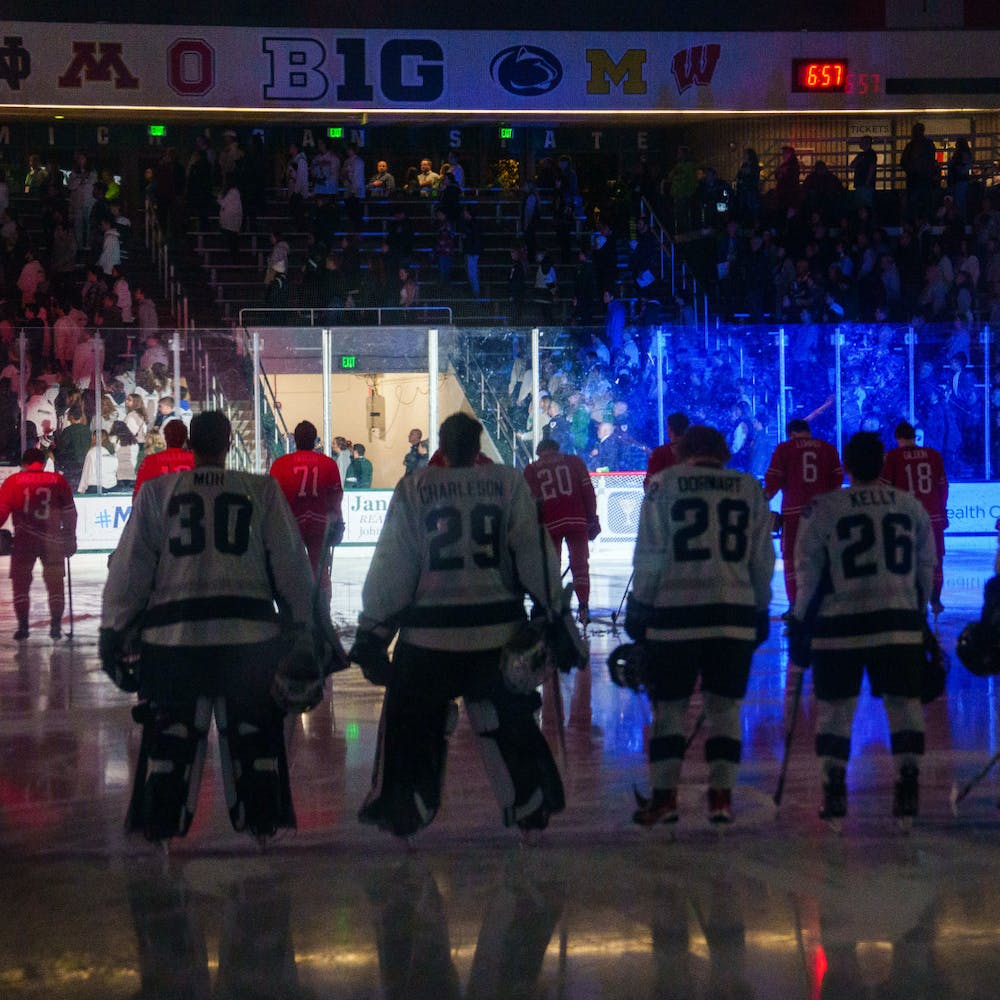