On Sunday afternoon, the No. 24 Rutgers Scarlet Knights wrestling team came in on a mission, taking down the Michigan State Spartans 25-12.

The first matchup of the day was in the 184-pound weight class between MSU’s Cameron Caffey and Rutgers' Billy Janzer. Janzer completed the upset over Caffey, dropping Caffey to 15-6 on the season.

This trend continued into the first half of matchups in the 197-pound match, Rutgers’ Jordan Pagano defeated MSU junior Nick May, dropping May to an even 10-10 on the season. Pagano had control throughout the entirety of the match, as he won by a 3-1 advantage.

In the heavyweight, MSU’s Christian Rebottaro (285 pounds) and Rutgers’ Alex Esposito (285 pounds) fought incredibly hard. In the first period, Rebottaro got out to a quick start, throwing down Esposito for a quick 2-0 advantage.

Here in the heavyweight matchup, Rebottaro gets a nice pin for a quick two points pic.twitter.com/q3pQG3ejJ7

However, Rebottaro would quickly lose control, as in the third period, Esposito would get a nice takedown of his own to deliver the dagger in the match

Rutgers' domination continued into the lightweight classes as MSU’s Julian Saldana was crushed in the 125-pound matchup against Nicolas Aguilar on a 6-1 advantage.

Then came the matchup of the day between MSU’s Garrett Pepple and Sammy Alvarez in the 133-weight class. At the end of three periods, it was knotted up at 1-1. Then Sammy Alvarez came in clutch with a major takedown to secure a win, almost ensuring victory for the Scarlet Knights.

In an overtime period, Sammy Alvarez completes the comeback to defeat MSU’s Garrett Pepple. That’ll be the dagger for Rutgers. pic.twitter.com/zWxGZUW3Xn

Chandler (3:10) "Garrett Pepple and Sammy Alvarez are very comparable wrestlers," said Chandler. "They can score from their offense, but they are very good defensively."

In the 141-pound weight class, a horrifying scene occurred. Tied at 1-1, Rutgers' Jojo Aragona lifted, and took down, MSU junior Jaden Enriquez, causing his arm to appear to dislocate. A medical forfeit was immediately issued, giving Rutgers a 21-0 advantage. WARNING: the video below may be disturbing for some viewers.

Here’s the video of Jaden Enriquez falling to the ground before his arm injury. Warning: not for the faint of heart. pic.twitter.com/uXVYPjvKEd

Chandler "It was his first 141-pound match in a couple years and we were excited for him, it was just a tough moment for him personally and for our program," he said.

A positive for the Spartans was the strong finish in the final three weight classes. MSU wins leader Jake Tucker was able to give the Spartans six points on a pin on his opponent Michael VanBrill.

Coach Chandler was glowing in his praise of the junior wins leader.

"Jake's just got a different mindset this year," Chandler said. "He's constantly looking to score his points, and even though he was in the defensive position, he got a defensive fall."

More came in the next match as junior Drew Hughes was able to dominate his opponent Brett Donner for win number eleven for the season, this trimmed Rutgers' lead to 16. Hughes also notched win number eleven in the last match of the day, making the final score 25-12.

"We allowed that team to outwork us up and down the down the line, even in the matches we won," Chandler said. "We're a better team than what we showed today. We have to bury a guy six feet under when we have a lead."

Michigan State will take the mat next on Friday at Jenison Field House against Minnesota, looking to bounce back from a deflating performance this Sunday afternoon.

"They're a top five team in the country I believe, it's an opportunity for our guys." Chandler said. "Just because they're ranked number five in the country doesn't mean that we can't compete with them." 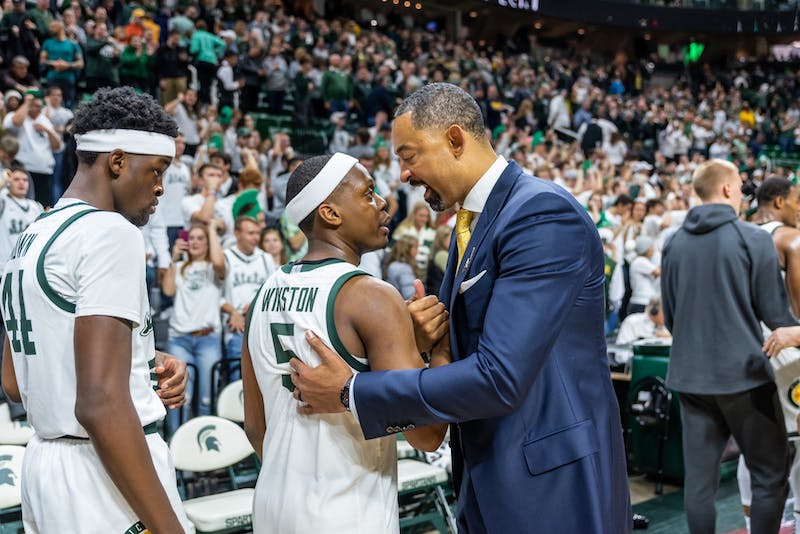 A recap of Spartan athletics over winter break. 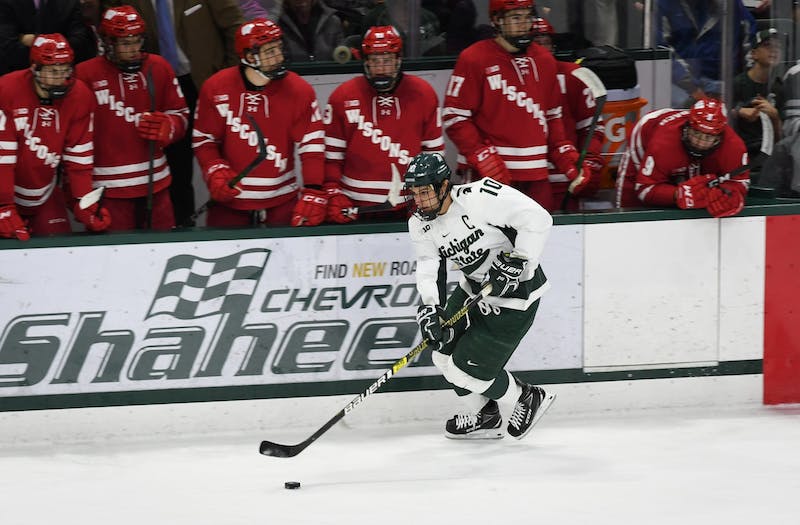 John Lethemon stepped up big for the Spartans Friday night.