Freshman wide receiver Julian Barnett (2) dances in celebration after the game on Nov. 30, 2019 at Spartan Stadium. The Spartans beat the Terrapins 19-16. Sylvia Jarrus | The State News
By Justin Frommer

The term "program game" isn't thrown around all willy nilly at Michigan State.

It means something. It shows character. So when Mark Dantonio uses it, you better believe that game is important.

The Spartans needed to beat Maryland Saturday afternoon to reach bowl eligibility. All week prior Dantonio called it a program game.

After Michigan State's 19-16 victory over the Terrapins Saturday evening, it became a program win.

The cheap green $4 hats that displayed that phrase on the back that Michigan State's players collectively wore following the game made it so.

"I felt like, hey, you need to have something to hang onto and point towards," Dantonio said following MSU's win.

Before this week's game, there's only been one other time that Dantonio referred to a matchup as a program game. And the subsequent results were ones to admire.

Michigan State, behind a redshirt senior quarterback in Andrew Maxwell, sat at 5-6 and needed to win at Minnesota to get to a bowl game. The Spartans didn't quit. They didn't pucker or slouch, and instead left Minneapolis with a 26-10 victory to reach bowl eligibility.

A month later, Michigan State defeated TCU in the Buffalo Wild Wings bowl and sprinted into the offseason with momentum.

The next three seasons consisted of five total losses, two Big Ten championships, a Rose Bowl win, a Cotton Bowl win and an appearance in the 2015 College Football playoff.

If you ask Michigan State's players, there's no reason why that success can't happen again. Why?

Interesting quote from Julian Barnett (@_OfficialJB1) about the faith he has that MSU will get things turned around as it did after the 2012 season. pic.twitter.com/oIHB4XYc5B

Look around. There is youth everywhere.

The Spartans' youth movement, especially on offense, is here and it's real. Eight of the 15 true freshmen that have played this season have come on that side of the ball.

Julian Barnett has played in all 12 games for the Spartans. Anthony Williams has played in 11. J.D. Duplain has played nine. Nick Samac has played six. Adam Berghorst has played three and Devontae Dobbs has played four. Dobbs was slated to start in his fifth game this year against the Terrapins, but a "short-term" injury, as Dantonio described it, kept him on the sidelines.

"Everywhere you look there's youth, youth, youth," Barnett said following the Spartans' win. "Like in the game today, you probably can count over 10 players that are young that played today. Not only just freshmen, redshirt freshmen, sophomores and stuff like that. There's a lot of youth going forward.“

Saturday's game was supposed to be for seniors to make lasting impressions, but the youngsters stole the show.

“We just want to go out on a high-note. On a two-game winning streak, go into the bowl game, take care of business and get that W so we can go and have a great offseason and just build off of it and have a great year next year,” Mosley said.

Michigan State's defense will get young in a hurry. Five starters played their last game in Spartan Stadium on Saturday, not including Joe Bachie who's been suspended since MSU's game against Illinois due to a failed drug test.

A drop off in production going forward on that side of the ball should be expected. But don't tell that to MSU's players.

The core for the next three-to-four years for MSU football is getting experience right now. Because Michigan State won its sixth game of the year, that experience will only increase.

Just like seven years ago, this year's offseason will be shortened by a month, but for good reason. A bowl birth means 15 more practices — an entire month for the future core of this team to gel. That opportunity wouldn't be an option if the Spartans fell flat against the Terrapins.

There are more benefits to playing in a meaningless Quick Lane Bowl in Detroit or Pinstripe Bowl in New York than sitting at home until Spring ball starts.

“One thing we've been preaching all week is how important it is to go to a bowl game," senior safety David Dowell said. "Not only for the seniors to be able to play that last game with the team, but just for, one, the chemistry going into next year and then there's so many practices and stuff as well, where the younger guys can also take those things into next year and be able to finish it out the right way.”

It started with a program game, turned into a program win and possibly — like it did in 2012 — a program-defining moment.

“History says it," Cody White said. "2012 to 2013, they made that jump, and I feel like we’re capable of doing that same thing with the guys we got coming back.” 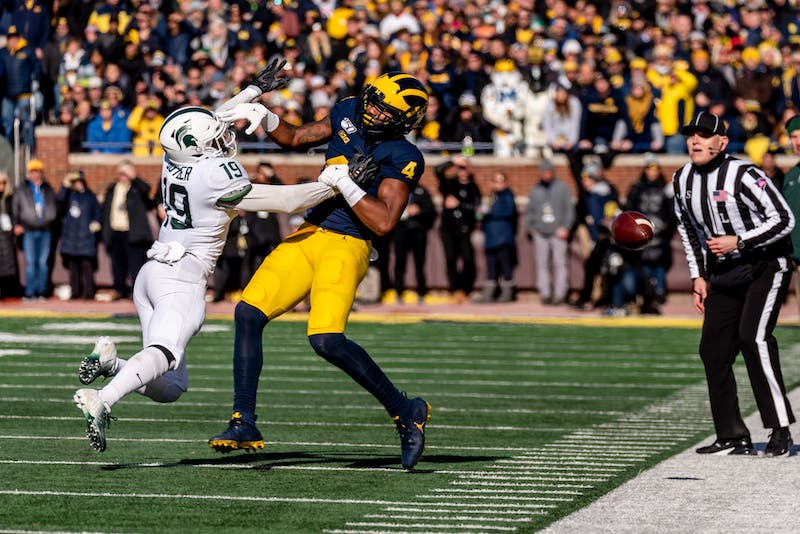 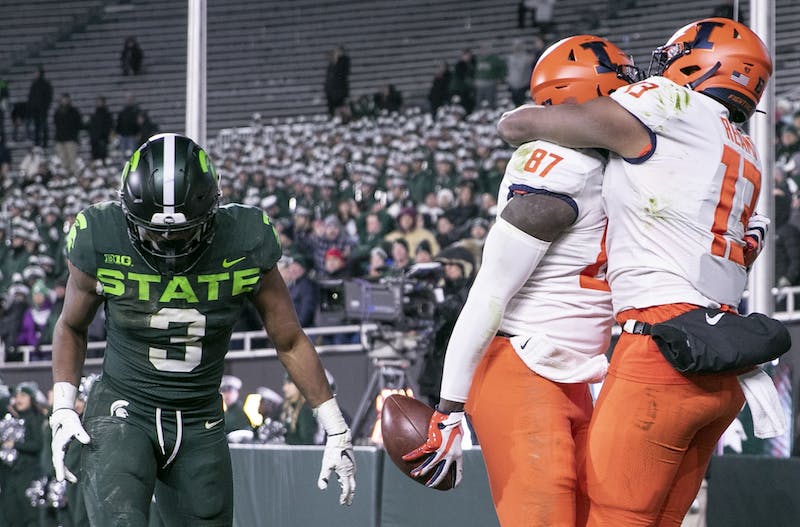 COLUMN: Mark Dantonio, Michigan State are doing a disservice to the past decade of program growth