Freshman wide receiver Tre Mosley (17) tries to bring in a pass during the game against Illinois Nov. 9, 2019 at Spartan Stadium. Matt Schmucker | The State News
By Amanda Poole

Michigan State finished on top on senior day at the Spartan Stadium. The Spartans beat Maryland 19-16, making them eligible for a bowl game. Although it was a day to honor the seniors, the game highlighted strong performances from young players as well.

“I think there’s a gold bar on the side of every freshmen that doesn’t get redshirted,” coach Mark Dantonio said. “Cause at the end of the day ... they’re going to say, ‘Hey, were you redshirted your freshman year?’ No, I played as a true freshman.”

Freshman wide receiver Tre Mosley made his fifth appearance of his MSU career against Maryland. This substitution burned the receiver’s redshirt.

“When Darrell [Stewart] was healthy it was more of, 'I’ll play four games and see where it goes from there.' We didn’t really know if I was going to redshirt or not. Time was going to tell. That’s the way we went."

Mosley took advantage of extra snaps and ended the day with eight receptions for 73 yards. Not only can he catch the ball, but he was able to do so at key moments in the game.

Tied at 16, with just over seven minutes left in the final quarter, MSU drove the ball to get close enough for junior kicker Matt Coghlin to push the Spartans ahead 19-16. Mosley produced 36 yards of that 74-yard drive.

“I think he’s a money player,” Dantonio said. “Guy has great hands, great skill set. He is very level as a person, doesn’t get too high, too low. Very mature for a young freshman. Got things to work on, but he can catch the ball.”

The question of redshirting the freshman became irrelevant when Stewart went down.

“We tried early on when Darrell Stewart was still playing, we tried to hold the redshirt. But when Darrell went out, that sort of went out the door too," Dantonio said.

Dantonio has had to deal with plenty of injuries this season. Also, the college transfer portal has left holes in the roster. But Mosley only saw his burnt redshirt as an opportunity.

“Coach [Don Treadwell] has done a great job just rotating all of us. We’re two deep but we’re all starters, we all rotate in and out. There’s not a set of receivers that start. They change every game and every practice," Mosley said.

With multiple guys in one position, the question of starting spots and competition come to the surface, but, as Dantonio said, Mosley's reaction to the experience was only positive and ‘mature.’

“It’s good that we have the depth to rotate guys in and out,” Mosley said. “We all make plays. … Wherever the team needs me playing, inside the slot or outside the perimeter. I don’t have a problem with either one.”

Junior wide receiver Cody White is the other go-to for Dantonio. Instead of making White his competition, Mosley looks at the situation being a winning factor for MSU program.

"We’re all interchangeable,” Mosley said. “If we can play multiple positions, it just gives you a better chance to be on the field and make plays.”

Five games in, 166 receiving yards and 17 receptions later, Mosley and the Spartans are headed to a bowl game. The Spartans are now 6-6, which makes them bowl eligible. They are likely to play at the Quick Lane Bowl in Detroit, or the at the Yankee Stadium for the Pinstripe Bowl. 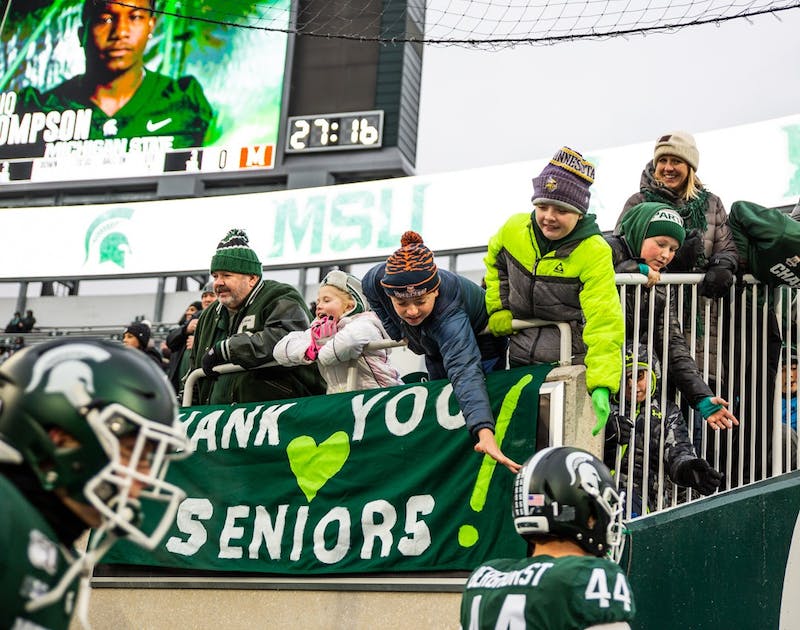 The Spartans gained their 12th bowl berth under Dantonio. 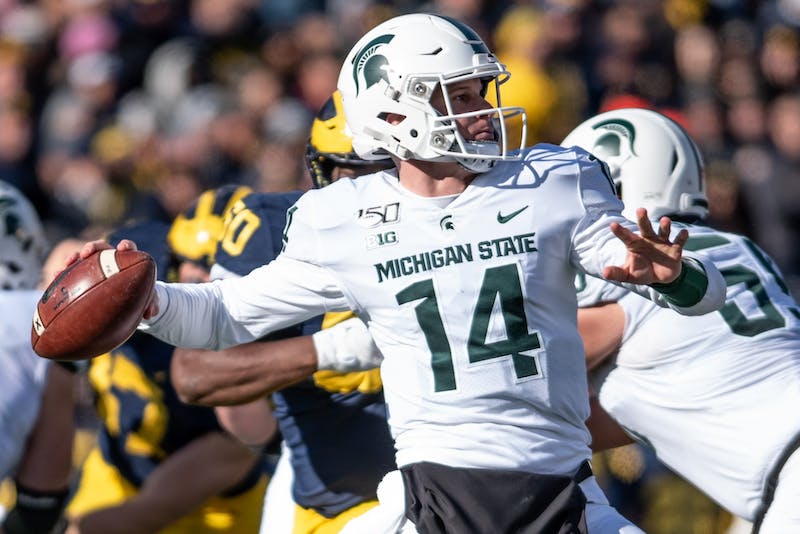 Entering Piscataway with two games left and bowl eligibility on the line, Michigan State had no room for error

The Spartans must win from here on out to become bowl eligible.