Then freshman running back La'Darius Jefferson (15) rushes the ball during the game against Penn State at Beaver Stadium on Oct. 13, 2018. The Spartans defeated the Nittany Lions 21-17.

The NCAA transfer portal is in its second year of existence, and already causing chaos. The portal is creating gaps in a once deep Michigan State roster.

"I think it's the new norm, sad to say," Coach Mark Dantonio said Oct. 22, after losing three Spartans to the portal that week. "I think it's the new norm that we'll see in college football ... there's a different reason for everybody making these decisions, but I think in the end, it's about an opportunity to play in a lot of ways. It's about patience at times for younger players or for older players. It's about trying to move forward with their careers."

As the season trots on, the Spartans have lost several players to injuries, but that's the game of football. What wasn't expected is the loss of players to the portal. Three in one week. Six in one month.

“I'm just going to try and take the high road with everything and say, 'okay, this is a decision that young people make' and got to deal with it and move forward,” Dantonio said. “Look at it as an injury.”

Although the portal has taken away some beloved members of the Spartan family, it has also introduced a new way to recruit. Dantonio delegated a member of his coaching staff to supervise the portal and stay updated on the increasing number of players looking to get their hands on some playing time.

MSU has just four games left on the schedule, leaving Spartan fans wondering how next season will look. After landing recent quarterback commit Noah Kim, Dantonio has sealed 16 hard commits for the recruiting class of 2020. Michigan State's 2020 class ranks 45th nationally and 11th in the Big Ten according to 247Sports Composite rankings.

The Spartans' depth chart will be painted with holes, due to some transfers, but more from graduating seniors. MSU's defense will take a hit after captain Joe Bachie graduates, leaving the heart of the defense wide open for next year. Other defensive weapons like Mike Panasiuk, Kenny Willekes and Raequan Williams will leave the program with big shoes to fill.

Guys like Jack Camper, Jacob Slade, Naquan Jones and Drew Beesley have all been working with defensive leaders to hopefully prepare them for next season. Practicing with veterans, these experienced Spartan players could make the transition next season easier.

Taking a look at the 2020 Spartan offense, the field will be missing key players in quarterback Brian Lewerke and wide receiver Darrell Stewart Jr. It remains to be seen if Kim, a quarterback commit from Virginia, will take over, or will redshirt sophomore Rocky Lombardi or Theo Day step up in Lewerke's absence?

Either way, Michigan State will need to fill the holes in its barren roster with fresh and talented players if the Spartan record is going to improve. 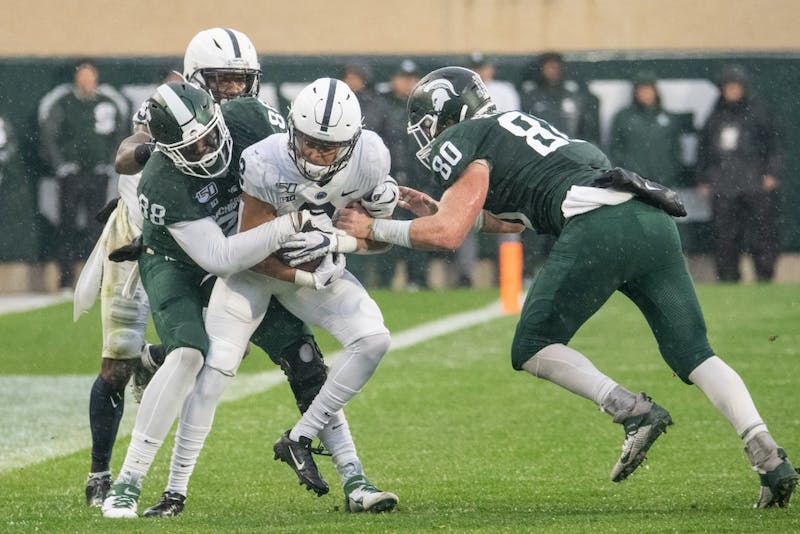 'It can always get worse': Michigan State looks at the positive as its season continues to slide

Mark Dantonio attempts to remain positive despite his disappointing standing at .500.&nbsp; 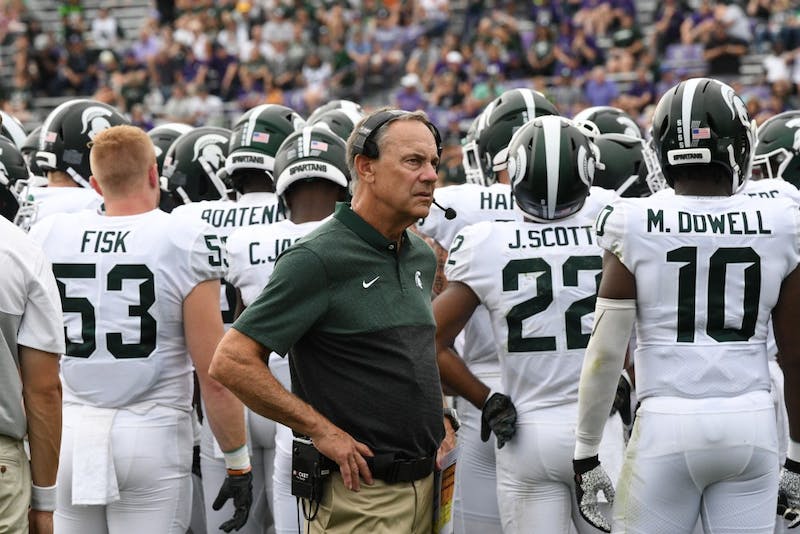 MSU’s head coach commented on recent transfers from the program.