S[partans and Terrapins fight for the ball during the game on Nov. 30, 2019 at Spartan Stadium. The Spartans lead 13-7 against the Terrapins at halftime. Sylvia Jarrus | The State News
By Justin Frommer

As the ball bounced on the Spartan Stadium grass, Michigan State sophomore safety Xavier Henderson thumped his fist through the air in excitement. Then again, before he was met by his teammates to celebrate the Spartans 19-16 victory.

On fourth-and-5 with less than two minutes left in the Spartans' game against Maryland, Henderson stuck his hand in between Josh Jackson's intended pass to Chigoziem Okonkwo, which forced a turnover on downs.

The celebration that followed was warranted the moment.

In the grand scheme of things, Henderson's fourth down stop gave the ball back to Michigan State's offense, and a couple of kneel downs later, bestowed the Spartans a sixth win on the season and bowl eligibility. On the smaller scale — but still a pretty big deal — Michigan State's defense accomplished a task it had failed in time after time this season.

You see, the Spartans have been in the position before. They have seen how the story plays out. MSU clings to a lead with a minute or so remaining in the game, the opposing offense picks up a couple first downs, makes a miraculous play to extend a drive, scores with seconds remaining and ends all hope of a Spartan win.

“That was a huge play by Xavier," Michigan State senior defensive end Kenny Willekes said following the game. "I feel like he’s grown a lot this year at safety. That was a great feeling to finally get off the field. ... We’ve had a couple of opportunities to get off of the field and win games for our team, and we haven’t been able to do that. That kind of hurt us. That’s something we’ve talked about ... closing out in the fourth quarter or finishing games. To finally do that feels great.”

When Michigan State's defense wasn't getting its doors unhinged by the power offenses of the Big Ten, it couldn't close out games — which could've turned a six-win season into an eight-win season. A disastrous year to a disappointing finish that still would have most likely ended on New Year's Day in Florida. But instead, the Spartans were in the exact situation that had eluded them, only to make a bowl game that will probably be an hour from campus.

The last-minute problems date back to MSU's third game against Arizona State — you know, the one where Mark Dantonio should have celebrated his 110th victory as Michigan State's head coach at home. However, Jayden Daniels scrambled for a 15-yard gain on what seemed to be an insurmountable fourth-and-13 play. Eno Benjamin scored from 1-yard out to give the Sun Devils the lead with 50 seconds remaining, and MSU couldn't recover.

It happened again against Illinois. Michigan State unraveled as it held a 25-point lead. Brandon Peters connected with Josh Imatorbhebhe for a 37-yard prayer on fourth-and-17, and then to Daniel Barker for a 5-yard touchdown with five seconds left to complete the largest comeback in Illini history.

The way Michigan State got itself into the situation against the Terrapins Saturday night didn't come easy. It did, however, start off as such. The Spartans forced turnovers on Maryland's first two possessions with a Josiah Scott interception and forced fumble and recover by Antjuan Simmons, but MSU's offense couldn't convert those into points.

Then Jackson beat Shakur Brown and connected with Dontay Demus for a 44-yard touchdown, which gave the Terps a 7-3 lead, their first since Oct. 19. Midway through the third quarter, Anthony McFarland gave his team a 16-13 lead on a 63-yard touchdown run.

But, in the final quarter the Spartans held them to zero points. And on their final possession, only five yards.

“We always take great pride in the fourth quarter," sophomore linebacker Noah Harvey said. "We knew when the game comes down we like clutch situation, we’re a clutch defense and (expletive), we’re all playing for each other. None of us, not a single person wanted the season to end. We all wanted to get three of four more weeks with each other, and we just did what had to be done.”

Going back to the final play, Henderson's fiery fist pumps were likely due to him sending the Spartans into postseason eligibility. But there was also a sense of relief. Michigan State's defense finally got off of the field in a clutch situation and got to watch on the sideline with their heads high as the offense was in victory formation.

And for once, not looking back on what could have been.

“Just for us as a defense it was great to be able to get off of the field and help our team win a game," senior safety David Dowell said. 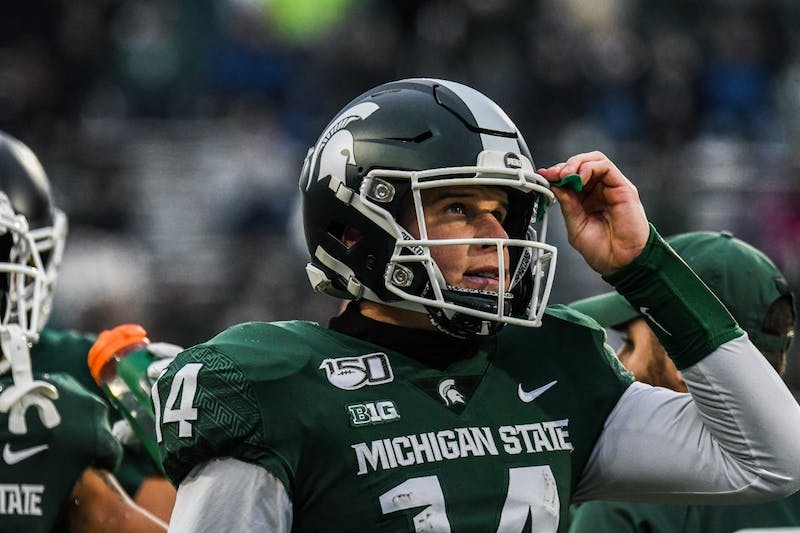 The Spartans pulled ahead before the break. 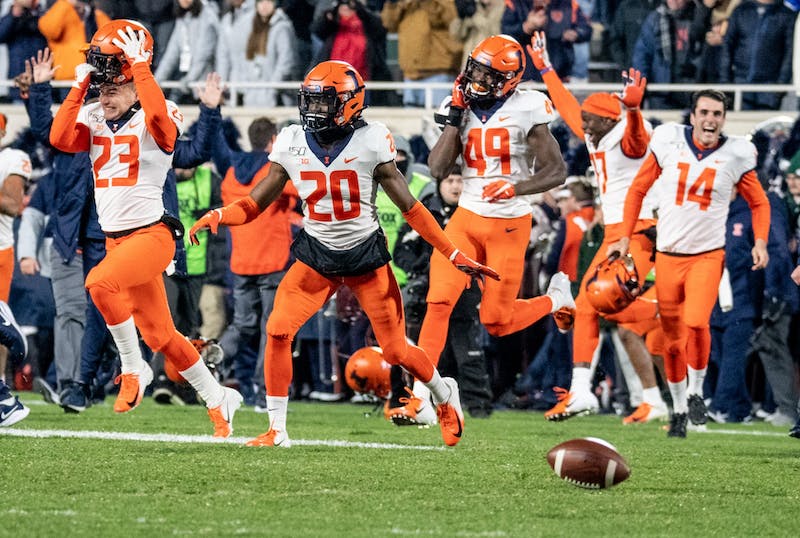 How Illinois completed a historic comeback over Michigan State

The Illini made an extraordinary comeback Saturday.