Mark Dantonio stood up at a podium Tuesday afternoon and called out his offense. He said the effort wasn't there. The physicality wasn't either. And that MSU's offensive performance against Tulsa wasn't good enough.

The Spartans recorded over 500 yards of total yards, easily eclipsing its total from a week ago.

The 19th-ranked Spartans found the end zone six times in its 51-17 win against Western Michigan, as they scored the most points in a game since their 55-16 win against Penn State on Nov. 28, 2015.

MSU's offense had a chip on its shoulder heading into Saturday night's game, and they sure played like it.

The Spartans scored 31 points in the first half, scoring three touchdowns through the air and one on the ground. Quarterback Brian Lewerke led a unit that played with intensity, physicality and desire to improve from last week's performance against the Golden Hurricane.

"Great game by our entire football team. I felt we came out energized and certainly our offense had a lot of big plays early in the game ," Head Coach Mark Dantonio said. "We were running the ball, I thought [Brian] Lewerke played extremely well, we did what we needed to do in terms of playing hard."

The Spartans found the end zone on each of their first three drives. They consistently found success on the ground with Elijah Collins as the new workhorse running back and down the field with senior receiver Darrell Stewart Jr., who set a new career-high with 185 yards on 10 catches.

MSU's offense covered 79 yards on four plays as Lewerke found tight end Matt Dotson alone in the end zone on a run-pass option to put the Spartans up 7-0. Collins sparked the drive with 40 yards on two carries.

Collins finished with 192 yards on 17 carries and averaged 11.3 yards per attempt, while Dotson added two catches for 16 yards and a score.

RELATED: Elijah Collins gets his chance as the starting running back

VIDEO: The duality of a man named Brian Lewerke

Lewerke let the ball fly all over the field on MSU's next possession, as he led a nine-play 69-yard drive that was finished off with a two-yard touchdown by La'Darius Jefferson to put the Spartans up 14-0 midway through the first quarter. The Spartans set up in the classic I-formation with offensive lineman Jacob Isaia and Blake Bueter lining up as lead blockers.

Lewerke finished 23 of 32 for 314 yards, three touchdowns and one interception before giving way to Rocky Lombardi with eight minutes remaining.

Stewart and CJ Hayes were the stars of MSU's third possession. After two catches from Hayes brought the Spartans back into Bronco territory, Stewart beat WMU's defense for a 42-yard touchdown catch to put MSU up 21-0.

Lewerke added his second touchdown with four minutes before halftime when he found Cody White from two yards out to put MSU up 28-7. Matt Coghlin added his first of three field goals on the night to send the Spartans into the half with a 24-point lead.

MSU racked up 365 yards of offense in the first half, 62 more than their total against the Golden Hurricane.

The offensive onslaught continued after halftime.

The Spartans went back to the I-formation again as they approached the goal line — and again Jefferson ended the drive with a touchdown, this time from one yard out.

Alante Thomas put the icing on the cake, scoring from one yard out to push MSU over the 50-point mark.

It wasn't as perfect as last week. WMU gained positive yards on the ground — 67 yards, to be exact.

The Broncos had their opportunities to keep within striking distance of the Spartans. But when they did, MSU's defense managed to keep them off the scoreboard.

WMU drove inside the Spartan 35-yard line only for its possession to end with a missed field goal by Thiago Kapps, his first of two misses on the night.

Kapps got some redemption when he made a 31-yard field goal with 8:41 left, but by then the Spartans were well in control.

Jon Wassink finally got the Broncos into the end zone with 11 minutes left in the half when he found tight end Giovanni Ricci for a 14-yard touchdown.

Wassink finished 23-for-37 for 252 yards, one touchdown and two interceptions.

After recovering a Connor Heyward fumble deep in Michigan State territory, the Broncos drove inside the 5- yard line, only for that possession to end with Xavier Henderson recording his first career interception in the end zone.

"I also thought our beck end guys did a good job of limiting the deep-ball plays," Defensive Coordinator Mike Tressel said. "We knew they were going to throw it up a bunch of times and that was one of our keys to victory and that was playing the deep ball well."

Tyriq Thompson added another interception with three minutes left in the third quarter to end a WMU drive that moved passed midfield. 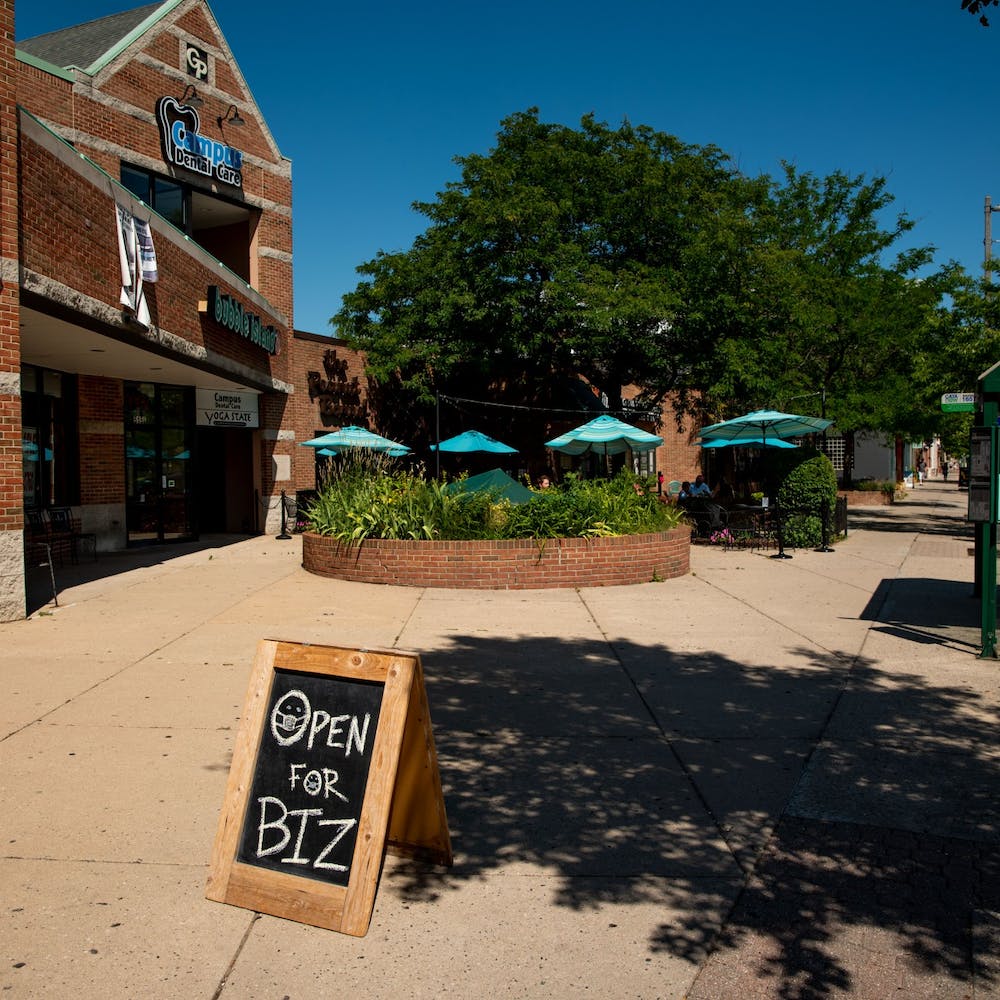