Coach Mark Dantonio walks onto the field preparing for the game against the Broncos at Spartan Stadium on September 7, 2019.

Mark Dantonio isn't the type of guy to put his own accomplishments ahead of bigger goals. But, after No. 18 Michigan State's 51-17 win against Western Michigan Saturday night, he admitted he took some time to reflect on where he was.

MSU's win against the Broncos pushed Dantonio right next to Duffy Daugherty as the winningest coaches in Spartan football history — 109 wins each. With one more win, Dantonio will stand alone in that part of MSU's record books. It could happen this Saturday afternoon when the Spartans host Arizona State (4:00 p.m., FOX).

And Dantonio is looking forward to it.

He's also looking backwards to the past, and how Daugherty's impact on college football helped his.

"When I look back, it’s a different time. Football back then is different then it is now," Dantonio said. "When you look at what he accomplished: four national championships, coach of the year, two-time national coach of the year, coached 29 first-team All-Americans. I really believe he was a pioneer in integration in college football. If you look back and you really study integration in college football, Michigan State had, I believe, 20 African Americans playing on the 1966 team, 11 starters."

Dantonio referenced "The Game of the Century" where MSU tied Notre Dame 10-10 to share the College Football Playoff National Championship in 1966. He said the Spartans had 20 black players on their roster compared to Notre Dame's one.

“Duffy was ahead of his time. He recruited all across America, brought players in from the south," Dantonio said.

Daugherty, MSU's head coach from 1954 to 1972 was inducted into the College Football Hall of Fame in 1984, he had unparalleled talent on his teams that the likes of college football may never see again. Four out of the top eight draft picks in the 1967 NFL Draft played on MSU's 1966 national championship team including: Bubba Smith (first overall), Clint Jones (second overall), George Webster (fifth overall) and Gene Washington (eighth overall).

Their names are now in the ring of honor.

“He had so many great players playing here, that really he was ahead of his time," Dantonio said.

Dantonio understands the significance of passing Daugherty. It's his time now, and he will enjoy it when that time officially comes.

But not without his respect for the past.

"He really was a bigger than life type person," Dantonio said. "When I reflect on this next win at some point, I plan on it this weekend but at some point, it’s sort of a milestone but it really allows me to reflect back on history, on history of college football and really what Duffy Daugherty did for the game of college football and what he did for the country in that respect in a lot of ways."

MSU released its depth chart for Saturday's game against the Sun Devils without many major changes.

Kevin Jarvis is once again listed at left tackle with Cole Chewins dealing with a back injury, while Luke Campbell is listed at left guard. Matt Allen tackles sole possession of first-team center of the depth chart, where in previous weeks he was sharing the position with Blake Bueter. MSU will play either Matt Carrick or Tyler Higby at right guard with Jordan Reid at right tackle.

After his breakout performance against Western Michigan, Elijah Collins takes over for Connor Heyward as the first-team running back.

“He’ll start this football game and he’ll have the opportunity to get the majority of carries early and we will see how it all shakes out, but I was impressed with him," Dantonio said. "I thought he had a burst. I thought he ran through tackles and he had good vision in the hole and good cutting ability. He did the job and I thought he was impressive.”

Redshirt sophomore receiver CJ Hayes slides into the starting lineup after the loss of Jalen Nailor due to injury.

There were no changes with MSU's defensive starters, however Jack Camper and Shakur Brown were each listed as backups despite missing Saturday night's game against the Broncos.

Defensive end Parks Gissinger is listed as the backup long snapper after walk-on Jude Pedrozo took over for Ryan Armour after he left MSU's game against Tulsa with a leg injury. Dantonio has said that Armour will miss the entire year. The Spartans only punted once against WMU, on their second to last possession of the game.

The Big announced yesterday that MSU's road contest against Northwestern to open conference play will kickoff at noon on Sept. 21 and will be televised on ABC.

The Spartans hold an all-time record of 37-20 against the Wildcats but have had their struggles against Pat Fitzgerald's crew as of late.

The Wildcats have won the past three matchups, including a 29-19 win in East Lansing last season and have won four out of the last five meetings. MSU has not won at Northwestern since the 2013 season. 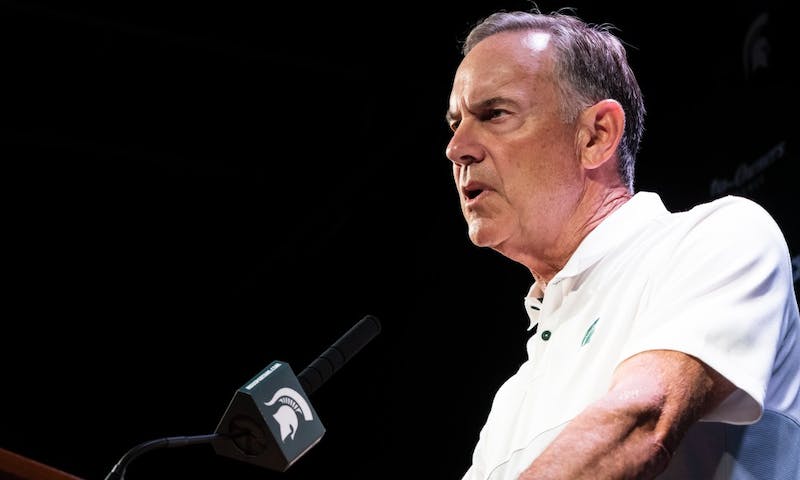 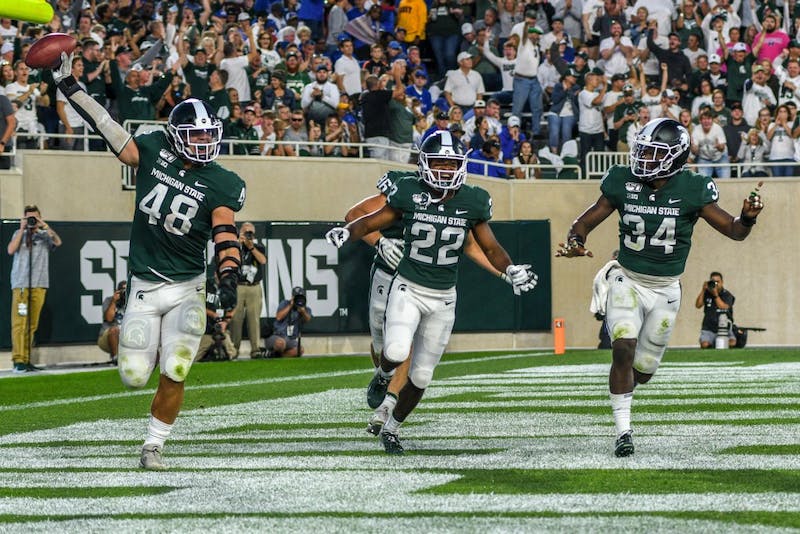 MSU cruised comfortably to a 28-7 win, but self-inflicted woes limited the Spartans' ability to pull away Friday night.