Know Thy Enemy: Golden Hurricane looks to bring a storm to Spartan Stadium

Senior wide receiver Darrell Stewart Jr. runs into the end zone for a touchdown. The green team beat the white team, 42-26, in the MSU spring football game at Spartan Stadium on April 13, 2019.

Know Thy Enemy is a weekly Q&A where the perspective changes from the eyes of the Spartans to the eyes of MSU football’s next foe. The State News asks the opposing team's beat reporter a few questions and see football through a different lens.

College football will once again descend upon East Lansing when the No. 18 Michigan State Spartans open their season against Tulsa at 7 p.m. on Friday night at Spartan Stadium (FS1).

Q: Tulsa was picked to finish in sixth place (last place) in the West Division of the American Athletic Conference. What is the expectation there for Tulsa this year?

A: Improvement, obviously. They are coming off a three-win season and a two-win season, so I think ... when that poll came out, they weren't like, ‘Oh, people are hating on us.’ They were more like, ‘Well, that's kind of where we deserve to be.’ And they know that. So now their job, as they see it is, they said, ‘You know, we have to have a good season in order to not make that the norm at Tulsa.’ Because if they have another 2-3 win season, that then becomes the culture for Tulsa football and the expectation. So, I think their main objective this year is to get to five or six wins at least, just to at least not make it the norm of Tulsa football to get two or three wins only.

Q: Mark Dantonio, today in his press conference, was talking about how it's going to be strength-on-strength a bit with MSU's defense, and then the two running backs for Tulsa, Shamari Brooks and Corey Taylor II. How do you see that match-up playing out on Friday night?

A: The only problem, I think, for Tulsa is Michigan State (defense) - you know that's their strength for a fact. And unfortunately for Tulsa, that is their strength. They have two running backs, but they have a lot of holes on the offensive line. They are only returning two starters. One of them started 12 games, the other started in eight, I believe, and so there is only so much two guys can do on the line. It doesn’t matter how good their running backs are, there are a lot of new faces and a lot of inexperience on that line, and their first test is going to be the Michigan State defense. That's going to be the biggest obstacle for Tulsa to overcome Friday night.

RELATED: Dantonio: No time to dwell on past, time for MSU football to play

RELATED: Michigan State defense letting Tulsa do all the talking

Q: I know there have been quarterback conversations with Zach Smith and Seth Boomer, and Dantonio mentioned only Smith today. ... If it is him, what kind of challenges can he present to Michigan State's defense?

A: The biggest thing with Smith is what most people notice right off the bat - his arm strength. He’s going to be able to make big plays because of arm strength. Whether it's in scrimmages or in the spring game, he has shown it off every time that he can throw the ball downfield and make a big play happen. Tulsa doesn't have as much size as most people do at receiver, but they’ve got some speed. You know, those smaller guys can be a little quicker so they can get downfield, and Smith definitely has the capability of getting it to them when they are open.

Q: You mention the speed, and Tulsa's offense likes to go fast. ... Is that an area that you think can have, or will have, a strong impact on the game?

A: I think that's their main goal. They did their press conference last Thursday and Philip Montgomery, and the players as well, talked about how they know that Michigan State is physical, and they are going to be bigger and stronger than them. ... But they play fast, and they’re just going to have to try to stick to their guns. They aren’t going to try to out-brute Michigan State because they know they can’t do that, so they know their key is to try to keep their tempo up, play fast and hope that if the game turns more to their style of play, it will go to their benefit rather than trying to stay with Michigan State.

Q: Aside from the quarterbacks, and then Shamari Brooks and Corey Taylor II, are there any other notable players that MSU fans should keep their eye on, both on the offensive and defensive sides of the ball?

A: Most of Tulsa’s talent is going to be on the defensive side of the ball, especially the linebacking corps. Zaven Collins - he was a freshman All-American last year, and he’s only gotten better. He’s the type of guy where you look at him, you just see him on the practice field, and you know he’s one of the better guys on the field. Same with Trevis Gipson. Trevis Gipson is a defensive end. He spent part of his off-season at a Von Miller pass-rushing camp because Tulsa struggled getting to quarterbacks last year, and he’s a leader of the defense, so he wanted to do something about it. He was already probably the best on the team at getting the quarterback, but he went to probably the best guy in the country to go to, to learn how to get even better.

Q: How do you see the game playing out, what is your final score prediction, and why?

A: I definitely think it goes in Michigan State’s favor. I just think they have too much for Tulsa to handle, in a way. No matter who Tulsa throws in at quarterback is going to be better than last year, but that's a tough first game to start for, you know, a new offensive line and a new quarterback to figure things out, even if they do have a little bit of experience. But I don’t think it gets out of the hand. The spread was 22 points, I think, the last I looked, so I don’t think it gets more than 22 points, but I also don’t think it's a high-scoring game. I don’t think Tulsa is going to score like they want. Michigan State's not known for their offense, so I don’t think they’re going to score very much, especially because TU has a good defense. 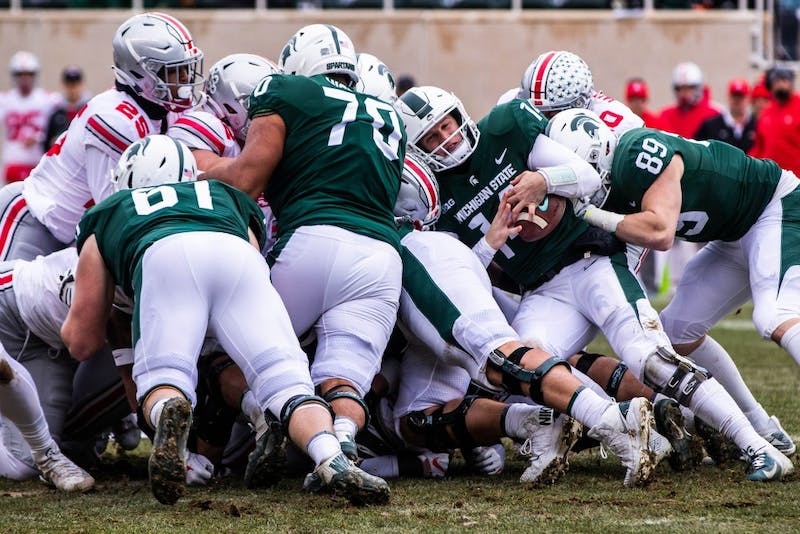 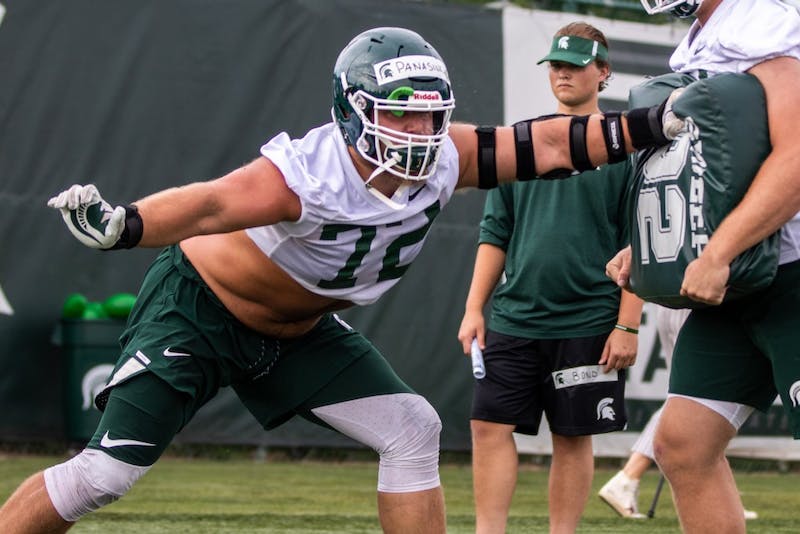 Know Thy Enemy: Utah State could give Michigan State first half scare

Know Thy Enemy is a weekly Q&amp;A where the perspective changes, from the eyes of the Spartans to the eyes of Michigan State football’s next opponent. ...