From left to right, Lee Silver, former Michigan State University President Lou Anna K. Simon and Mayer Morganroth during Simon's arraignment at the Eaton County Courthouse on Nov. 26, 2018. She is being charged with four counts of lying to a Peace Officer about the Nassar Investigation. Anntaninna Biondo | The State News
By Anna Liz Nichols

Russell testified in regards to her 2014 meeting with Simon that the Michigan Attorney General's office alleges it can prove the former president knew about Larry Nassar's sexual abuse before 2016. Russell was questioned from 9 a.m. to 5 p.m., with breaks for lunch and to allow Judge Julie Reincke to hear a few other cases.

In 2014, a Title IX investigation led by Kristine Moore was initiated after Amanda Thomashow's report that Nassar sexually assaulted her at an appointment. Simon and Russell met during the investigation in May 2014 — a meeting Russell said was one of a set of monthly meetings where the two discussed ongoing Title IX investigations and potential changes to the office.

Assistant Attorney General Scott Teter asked Russell why she contacted Simon shortly after learning of the investigation into Nassar. Russell said it was because the situation involved a doctor and because MSU was in the middle of a federal Civil Rights Office investigation.

Documents in Simon's handwriting from the meeting and a folder from Russell containing a meeting agenda were collected by Michigan State Police.

The documents included an entry from Simon made the day of the meeting with a notation of "COM," which is the abbreviation for the College of Osteopathic Medicine, where Nassar worked. "SA" was written on the outside; Russell said the notation stands for “sexual assault.”

Russell said she doesn't know if the "COM" note is related to Nassar, but knew of no other ongoing Title IX investigation at that time. She testified the folder contained a document about a survey, an agenda dated May 19, 2014 and a document about police training.

The folder, however, is dated May 14. A second folder was brought to court with notes from May 19 and the same agenda as the first, but with Russell's handwritten notes. Russell said she is unsure if a May 14 meeting took place.

Russell testified she made agendas for some meetings and didn't for others, but when she did make an agenda she made one copy for herself and one for Simon.

The defense and the prosecution went back and forth with Russell, asking her questions about this meeting to try and help her remember what happened. To many of the questions, she responded that she couldn't recall the details.

In 2011, it became the Title IX office's responsibility to handle student-on-student Title IX investigations, according to Russell. This shift followed a "Dear Colleague" letter sent to universities by the Department of Education with guidelines for dealing with on-campus sexual violence.

No additional staff was hired to accommodate the office's added responsibility, according to Russell. On Monday, Moore testified she was one of two employees sharing responsibility for the oversight of such investigations at the time. The workload is presently shared by about 10 people, she said.

Other changes necessary for Title IX compliance happened in 2011, Russell said. She was required to oversee all of the investigations of sexual assault and harassment. This meant she oversaw those leading the investigations — including Moore, who she spoke to regularly and had monthly meetings with.

The 2014 investigation cleared Nassar of sexual misconduct. Moore was called in as a witness on April 8, during which Moore was asked by the prosecution about the investigation.

Moore testified that she spoke to Thomashow on the phone on May 15, 2014, which Russell said was the same day Moore informed her of the Title IX complaint. Russell testified about a July 2018 interview with the Attorney General's office, in which she spoke of a phone call with Moore about the Title IX investigation.

Evidence from the Attorney General's investigation into MSU shows Simon purposely lied to investigators to protect herself from criminal liability, Detective Sergeant William Arndt of the Michigan State Police said in a court affidavit.

Simon said in an interview with Arndt and State Police Lt. Joseph Cavanaugh that though she was aware of a 2014 review regarding an MSU doctor, she was not aware of nature of the complaint.

Simon is charged with four counts of lying to a peace officer during the Michigan Attorney General's investigation into MSU's handling of Nassar's abuse. Each charge is associated with a $5,000 fine.

The two charges associated with impeding a misconduct investigation are misdemeanors. Each carries a maximum two-year prison sentence.

The two charges associated with impeding a criminal sexual conduct investigation are felonies. Each carries a maximum four-year prison sentence. 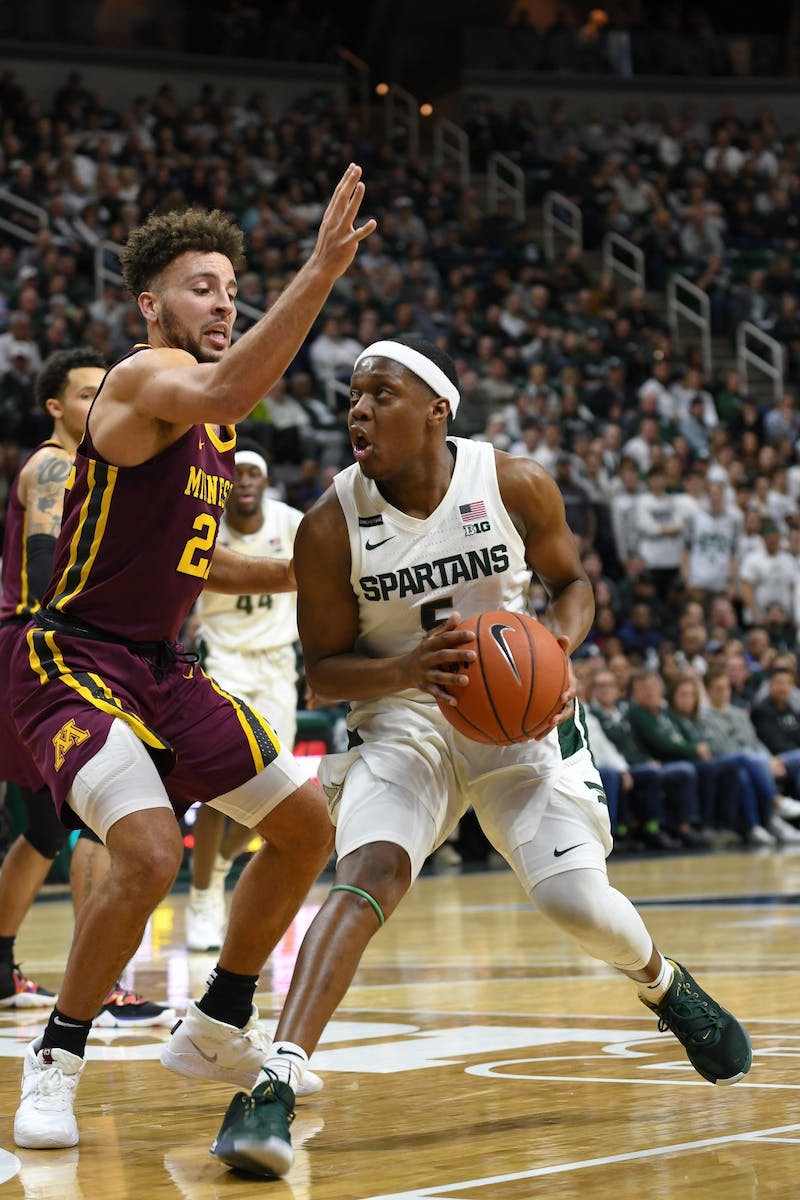 A look ahead at MSU's matchup with Minnesota. 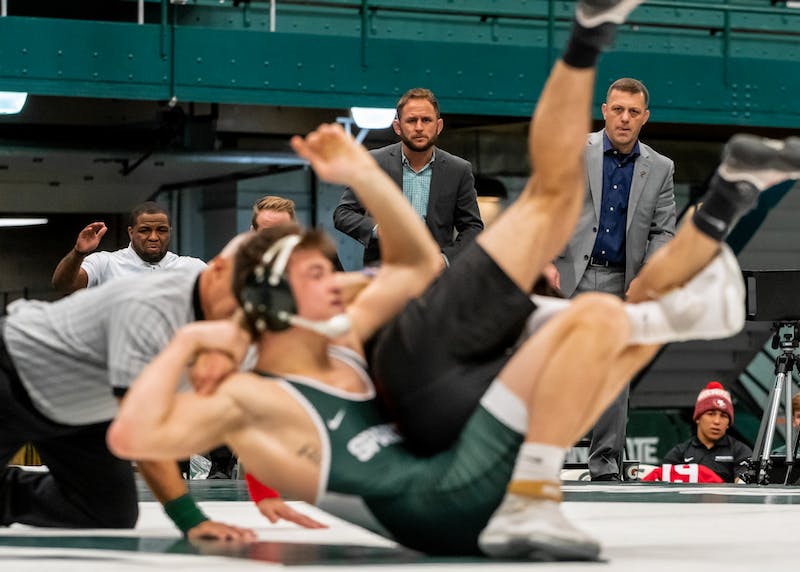 MSU wrestling notched a win in a tune-up for Nebraska.&nbsp;