A model of prominent African American figures was removed from the Wharton Center for Performing Arts at Michigan State on Jan. 31 after complaints of its offensive presentation.

William Strampel, former dean of Michigan State's College of Osteopathic Medicine, is projected to be released early from Ingham County Jail, according to Ingham County Sheriff's Office Chief Deputy Jason Ferguson. As of now, his projected release date is April 3.

At Thursday night’s Associated Students of Michigan State University, or ASMSU, General Assembly meeting, members discussed the census and a new tax renewal bill while passing bills to sponsor Safe Place and appoint new members to the Student Allocations Board.

Michigan State University Police Department, or MSUPD, is asking the public to help identify three subjects in a malicious destruction of property investigation, according to MSUPD Captain Doug Monette.

The first week of February marks the start of construction for an extension of Northern Tier Trail that will reach into the border of Meridian Township.

Michigan State University announced they will halt the next eight weeks of all nonessential univeristy travel to China just as the World Health Organization declares the novel coronavirus a global health emergency.

5 takeaways from Gov. Whitmer's State of the State

The annual State of the State address is a chance for the governor to clearly and directly communicate plans to the state legislature and constituents.

Gov. Gretchen Whitmer delivered her second State of the State Address on Jan. 29. Her speech focused on infrastructure, education, employment and healthcare. Whitmer's focus of the night was emphasizing the importance of immediate action when it comes to these issues.

Michigan State University is planning to take a 140 acre plot of vacant land, and turn it into an on campus research park. The 0.2 square mile plot of land makes up a majority of Spartan Village.

On this week's episode of the State News Sports Roundtable, sports general assignment reporter Eli McKown sits down with hockey beat reporter Brendan Gumbel to discuss the tragic passing of basketball legend Kobe Bryant and his daughter Gianna, and why it's time you start to pay attention to Michigan State hockey.

What you need to know about impeachment

A historic impeachment trial is underway – these are the fast facts to bring MSU students up to speed.

Your guide to living in North Neighborhood

If you’re into Harry Potter-esque vibes, a tight-knit community and the convenience of being right next to Grand River, then Michigan State’s North Neighborhood is the place for you. If community bathrooms aren’t your thing and you want to live in a newer building, then look elsewhere. Most of the halls look relatively the same from the outside, but the difference comes from the little details within.

A team of Michigan State researchers discovered a connection between the rare disease tuberous sclerosis complex, or TSC, and autism and epilepsy.

If you use Lyft, UberEats, Instagram or Snapchat, you’ve almost certainly shared your location with those apps. A digital education software in use at Michigan State similarly works by using a person's location data.

East Lansing took a step towards becoming more transparent with the implementation of its priority-based budgeting, community-facing data dashboard.

Three possible cases of 2019 Novel Coronavirus in Michigan came back negative, according to the Michigan Department of Health and Human Services, or MDHHS. A fourth possible case from Washtenaw County has been sent to the Centers for Disease Control and Prevention, or CDC, on Monday for testing. 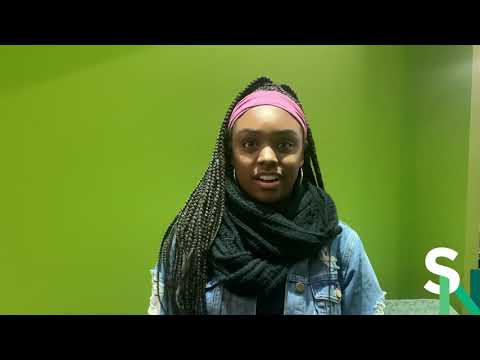 Hubbard and Akers hall will be 1st-year student housing starting fall 2020. This is a result of the Spartan Compass program which is supposed to provide support for incoming 1st-year students.