Three hundred and seventy two days. That is how long it has been since the Michigan State women’s soccer team last played an official match. From that day, it will have been 462 days later when the team can play a game again.

Like men’s soccer, the NCAA women’s soccer season will start on Feb. 3, 2021, leaving a full year, and even more, without the team playing any games.

Michigan State women's soccer Head Coach Tom Saxton said he is happy to be back on the field since it is a positive distraction from today's world as the team continues to practice in preparation for whatever a February season will look like.

“It has been great to get out on the field after a summer full of Zoom calls,” Saxton said. “Despite the ongoing struggles around us and in society, I think we all feel a lot better being able to be out on the field training.”

Saxton, who is entering his 30th year as head coach, said that this year has been unlike any other. In particular, having training weeks with no games has been an adjustment. To accommodate for that, the team has held intrasquad scrimmages to help simulate live, in-game action.

Additionally, having the incoming freshmen gain chemistry with teammates has been a newfound struggle for Saxton and his team. Chemistry is one of the most crucial aspects in building a winning soccer culture. Blending the incoming freshmen, who Saxton believes are talented, in with the rest of the team while following all the rules and guidelines from the pandemic has made Saxton become more creative than before.

Any team building or team bonding they do off the field cannot be in person. It must be virtual, which Saxton said is not the same.

“We got to develop chemistry and come together in the environment we live in right now, which means basically when we get together on the field or in the same physical space with each other we really have to make use to that opportunity today to continue to bond,” Saxton said.

But, Saxton believes that the ongoing long period of training has helped. Without singling anybody out on the team, Saxton said the upperclassmen “have done a good job setting the tempo in practice.” They have also served as leaders by helping the freshmen transition to playing for a Division I program.

Last year's team came out of the gates steaming hot, winning eight out of nine non-conference games. The defense and goalkeeping was dominant, allowing at least two goals in a game only twice. The first in a 3-0 loss to Butler and the other in a 3-2 overtime victory to Bowling Green.

But when the Big Ten games started, it was a different story. The Spartans went 1-9-1 in conference play, including an abysmal seven game losing streak to end the season.

“Continuous improvement” is a motto the team has held for over a year now. Seven of the nine Big Ten losses came by just one goal, some of which MSU held a lead in. Saxton said in order for the team to continuously improve, specifically in Big Ten play, they must work on finishing out games, paying attention to details and the execution of set pieces.

“Our sport can turn on a single chance,” Saxton said. “... We did start a relatively young lineup last year, and we actually do have almost all starters back from 2019 and they are healthy and have been doing well. So, if we do live up to the ‘continuous improvement’ mantra, I expect to prove that with more victories in Big Ten play.”

Redshirt sophomore Lauren Kozal is expected to be the starting goalkeeper for the green and white again this year. Last year she started all 19 games posting five shutouts and a 1.52 goals against average.

At this point, however, having any sort of season is a plus in Saxton’s eyes.

“What is most important for us is to have some type of meaningful season, especially for our upperclassmen and our seniors,” Saxton said.

Apartment caught on fire at the Hub in East Lansing, building evacuated 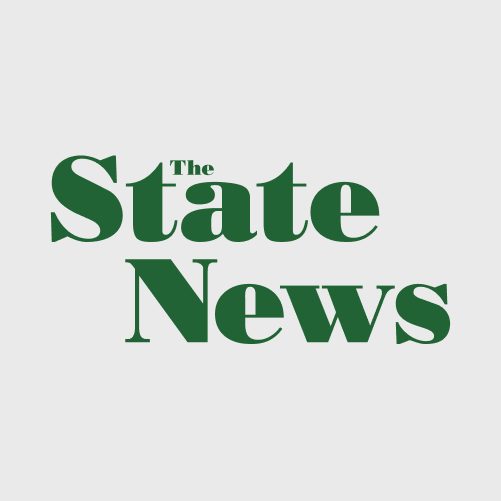 Why Ingham County is experiencing a hot, rain-filled summer