Redshirt freshman running back Elijah Collins (24) extends a stiff arm during the game against Penn State Oct. 26, 2019 at Spartan Stadium. The Spartans fell to the Nittany Lions, 28-7.

Michigan State football is now 4-4 (2-3 Big Ten) this season with four games to go. The Spartans are in their second bye week, then they will take on Illinois Nov. 9.

Is this season what you expected? Here are some expectations that flowed through the minds of many Spartan fans, juxtaposed with some disappointing realities.

After the poor performance from MSU's offense last year, the re-structuring of its offensive coaching staff triggered hope in the Spartans' ability to score. Seasoned quarterback Brian Lewerke came out of the gates to obtain a surprising 872 yards offensively within the first three games of the season. Receivers like Darrell Stewart Jr., Matt Dotson, and Matt Seybert made it a goal to pick up the pace on offense. Stewart proved his intentions as he is second in the Big Ten with 694 receiving yards.

But, as the season continued, the Spartan offense crumbled. Lewerke has still been playing some of the best football in his career, but too many dropped passes, and a true freshman Elijah Collins as the go-to running back put a halt in the Spartans' offensive improvements.

Although Collins has earned his starting spot on the field with 545 rushing yards this season, the backup running backs submitted their names to the transfer portal, taking away different looks for the Spartan offense.

The depth of this 2019-2020 Spartan team was promising during the spring game. Younger guys conveyed significant potential, while the veterans earned their starting spots. Not only are the Spartans several players down due to injury, but they are also six players down due to the transfer portal. Coach Mark Dantonio believes, "It's the new norm."

After its creation last year, the portal has become an appeasing option for athletes that want to play elsewhere. Last year the team struggled with depth, but mainly because of injury. Players like Connor Heyward, La'Darius Jefferson, and Cam Chambers showed notable talent in the spring game and at the exodus of this season, but now their names are in the portal and can no longer help the Spartans on the field.

The Spartans highlighted their offensive improvements on the scoreboard at the beginning of the season. Scoring 28 against Tulsa, 51 against Western Michigan, 31 against Northwestern and, 40 against Indiana; Spartan fans’ hope was restored. Then, MSU was hit with three-straight top ten ranked teams in Ohio State, Wisconsin and Penn State. Going scoreless against Wisconsin, all morale was lost.

Last year at this point in the season MSU was 5-3 having scored a total of 187 points, while this year the Spartans have scored 174 points in the same number of games.

It all boils down to: why did anyone expect anything different this year? Slight improvements have been made, but there has been nothing to show for it besides a couple of big score gaps. The Spartans will have to prove to themselves and their fans that this year is, in fact, different from last year. 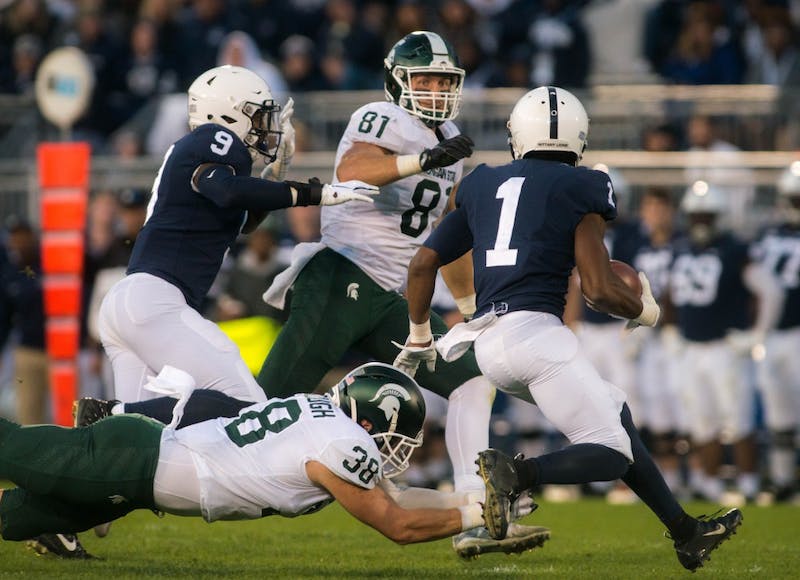 Know Thy Enemy: 'This is the year that Penn State breaks its two-year losing streak.' 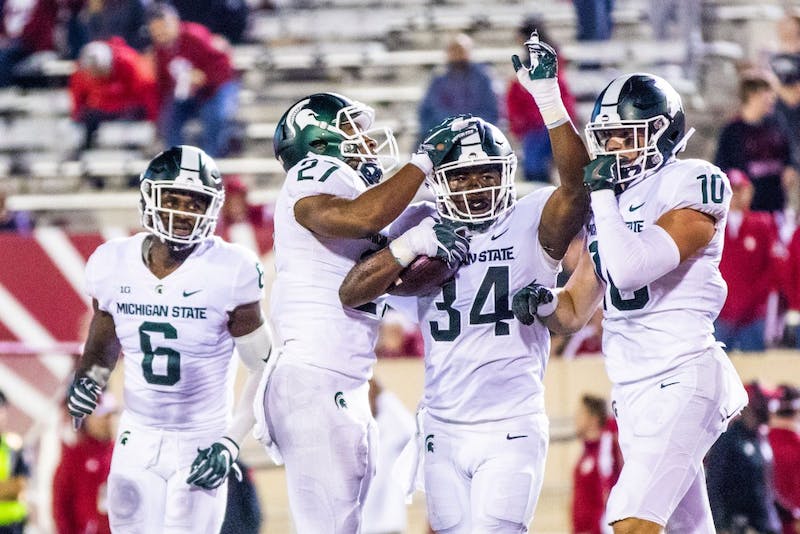 We award the Spartans' standouts on the defensive side of the ball.