"Deer in WA" by Landscapes in The West is licensed under Creative Commons Public Domain Mark 1.0
By Lucas Day

Don’t be fooled by their wide eyes, cuddly looks and Disney’s endearing propaganda, deer collisions kill around 200 people in the U.S. each year, damaging the vehicles of many more.

Catherine DeShambo, environmental services administrator, reflected this danger in a presentation featuring a survey that showed car accidents and danger to landscape or gardens as the public’s biggest concerns.

The survey concluded that 72% of the attendees at the meeting thought there are too many deer in the city. Sixty-five percent reported seeing between one and 20 deer near their homes in the last week.

At the city council meeting, DeShambo pointed to further education and attempts to sterilize the deer or birth control as possible options. Birth control and sterilization efforts like the one in Ann Arbor can be costly.

Another possibility is culling, or hiring professionals to come in and kill the deer.

DeShambo said the U.S. Department of Agriculture would oversee professional sharpshooters to come into East Lansing and kill deer at designated sites in the city.

DeShambo said the culling would occur at night and there would be police around the scene for civilian safety.

“We would take great, great care,” DeShambo said. “We would have everything covered in terms of the boundaries in any area that we were conducting any kind of activity.”

The cost of culling depends on the number of sites and nights it takes place. DeShambo used a hypothetical of three sites for two nights each and said it would cost a little more than $5,000.

DeShambo said in some areas culling is sometimes a process that needs to happen repeatedly, which concerned some council members due to the potential that the move only has a temporary benefit, should the council vote against culling in the future.

“If the deer get up in the morning and they say ‘Where’s the best restaurant?’ and it’s East Lansing, then they’re all coming into the city and we aren’t really controlling it no matter what we do," said Mayor Mark Meadows. "We’re just taking away some part of the herd that is hanging out there and waiting to come in.”

Meadows said he’d like to talk to other neighborhoods about what they’re doing to control deer populations. He mentioned Meridian Township’s culling efforts as a potential comparison.

The increase in deer population across Southern Michigan is due to a warmer climate with fewer hunters, according to Chad Stewart, a specialist in the Michigan Department of Natural Resources deer, moose and elk program.

The decrease in hunters across Michigan dates back to the mid 1990s, Michigan has seen annual declines in hunters, Stewart said.

"At one point we were well over a million hunters in the state of Michigan and currently we're sitting at about 550,000 deer hunters," Stewart said.

Stewart said there is more private land people can't hunt on in Southern Michigan, giving the deer areas where they are safe.

The winters being warmer than Northern Michigan have also led to less deer dying of natural causes and a higher percentage of fawns surviving their early years, Stewart said.

Stewart said East Lansing residents shouldn't expect to see any huge results right away if the cull does take place.

"It's more of a marathon versus a sprint," Stewart said. "You generally don't see or expect to see results or impacts of a cull after just one year or two years of doing it." 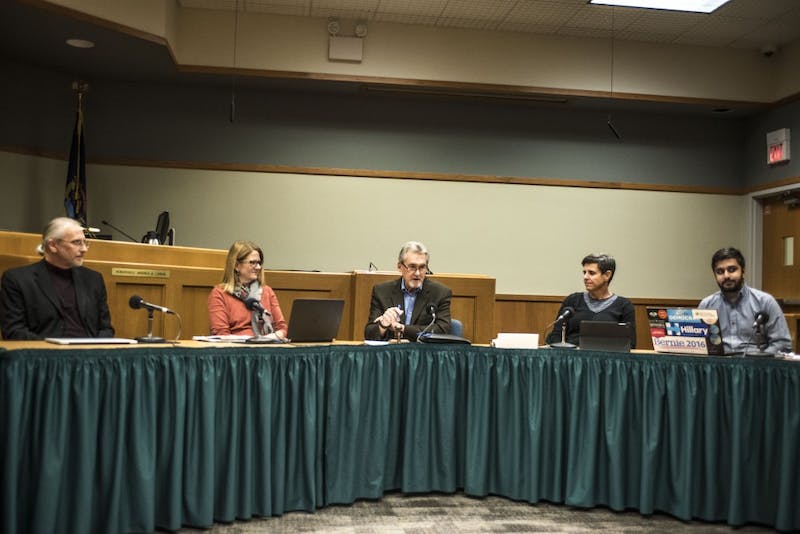 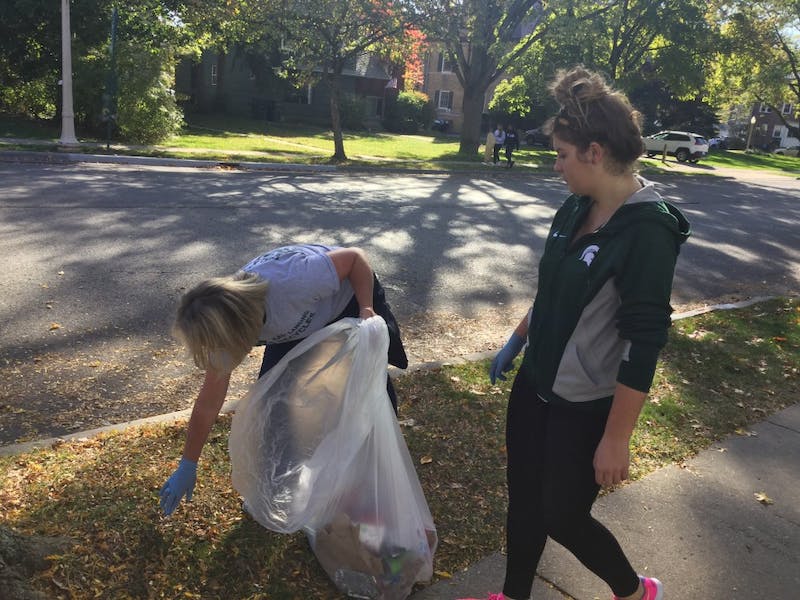 Although cleaning up East Lansing after a football game is a sweeping, weekend-long affair, there appears to be no significant push to emphasize sustainability ...