The Krygier twins are back, but it may not have been without a pair of Krygier-Nightingale encounterings in the last decade.

As the final seconds ticked down and the last horn sounded at Yost Ice Arena, lots of pressing questions surrounding the future of the MSU hockey program began swirling – if they were not already.

It was an 8-0 wipeout by Michigan in the Big Ten Tournament. Another early, yet predictable, season-ending loss in March. One more season had passed and one more Big Ten Tournament without picking up a single win. MSU collapsed in the second half of the season after an encouraging first three months and settled into its typical spot in the cellar of the conference.

Ex-Head Coach Danton Cole was at the headlights of the program’s shortcomings. Five years had passed with little signs of progress and one month later, he was relieved of his duties. Danton Cole vowed that major changes were imminent before he was let go, stating he wasn’t “going to leave any stones unturned this offseason.”

While that loss was just about wrapped up when the Spartans fell behind 4-0 in the first period, skating off the ice for the final time is always an uneasy feeling. That’s especially true of those planning to move on, such as defensemen Cole and Christian Krygier.

Two core pieces of Danton Cole’s head coaching tenure, Christian and Cole Krygier have played alongside each other from peewee, to juniors, all the way to Michigan State. The Krygiers were a package and don’t really know hockey in any other way.

For the first time in their lives, the plan was for the twins to split up.

“I think especially not knowing if we were going to come back or what we were doing at that point I think it was definitely a thought in my head that it might have been the last time putting on the jersey and coming back to Michigan State,” Cole Krygier said.

The Krygier twins entered the transfer portal and surveyed their options at other schools while also fielding opportunities to play outside of the college realm. Neither found what they were looking for and it was Cole Krygier who made the decision first in early April when Danton Cole offered him a spot to return for the 2022-23 season.

Three days later, Danton Cole was fired. And with it came a tidal wave of uncertainties, first and foremost with who would be the next head coach. Then there was the roster. Who would stay? Who would go? The roster was essentially frozen as nobody knew what the future looked like.

Cole Krygier was still determined though. Michigan State was where he wanted to be.

“I feel like the other programs that had been offered to me already, like the money or just the opportunity and overall time and just the guys they already had, wouldn’t have worked out well for me,” Cole Krygier said. “So I was set on staying at Michigan State.”

One month later Adam Nightingale was named Michigan State’s new head coach. It was a late offseason hiring and many of the first and second pickings of the transfer portal had already been grabbed. Still, nobody on the roster was safe. Luckily for the Krygier family, their history with Nightingale goes years past his hiring in early May, laying the tracks for Nightingale’s very first roster move as head coach: bringing back Christian Krygier.

Not your typical household

Christian and Cole Krygier are not the only athletes in the family. In fact, they are just a share of the family athletes. The twins’ father, Todd, played in over 500 NHL games and scored exactly 100 goals with stops in Hartford, Anaheim and Washington where he helped the Capitals reach the Stanley Cup Finals in 1998 – two years before Christian and Cole were born.

The twins are the youngest of five siblings, all of which are Division I athletes. Sisters Natalie and Grace both played soccer at Iowa and Wisconsin respectively. The twins’ lone brother, Brock, was a hockey player too, a defenseman at Michigan State from 2012-15 under Tom Anastos.

Sibling wrestling matches were common, just a part of the complicated nature of raising five children who all participated in highly-competitive sports.

“It was a lot,” Todd Krygier said. “Typically my wife dealt with the soccer and I dealt with hockey. Occasionally we would crossover but we would definitely have to keep a family calendar with all the practices and games and coordinate everything.”

Following his playing career, Todd Krygier swapped his hockey knowledge over to the coaching ranks where, since 2019, he has served as the assistant coach with the Grand Rapids Griffins, the Detroit Red Wings AHL affiliate. Before, he was the head coach at Novi High School from 2006 to 2013 while also coaching Christian and Cole at Compuware. Todd then held the head coaching job with the USHL’s Muskegon Lumberjacks for three years, guiding the team to the 2015 Clark Cup Finals, and was an assistant coach with Western Michigan from 2015 to 2018.

Todd’s ties with the Red Wings’ organization is one of two bridges connecting the Krygiers with Nightingale. After one season as a video coach with the Buffalo Sabres, Nightingale assumed the same position with the Red Wings for two seasons. He was promoted to assistant coach ahead of the 2019-20 season, the same year Todd Krygier joined the Griffins.

It was only one year of crossover with Nightingale leaving in 2020 for the USA Hockey National Team Development Program, but it was enough for Nightingale to win Todd Krygier’s metaphorical stamp of approval.

“More important for me than his coaching is really the person he is,” Todd Krygier said. “I really feel like he really cares about his players that play for him, the student-athletes, he really cares about them as people as much as hockey players. For what I know about (Nightingale) and my relationship with him, I am real excited for him at Michigan State. I think that program is going to absolutely take off.”

Brock Krygier is the second bridge of connection between the Krygiers and Nightingale, one that goes a decade back to Brock’s playing time with the Spartans.

Nightingale was MSU’s director of hockey operations at the time, a young pup looking to break more into the coaching world following his first stint with Shattuck-St. Mary’s. He spent four seasons with Michigan State before leaving again in 2014 to rejoin Shattuck-St. Mary’s. That left two seasons that Brock Krygier and Nightingale spent together at MSU.

“I just thought the world of him,” Nightingale said of his days working with Brock. “Really good kid and good player.”

The Zoom call and then the phone call

Shortly after Nightingale was hired by MSU, he held a Zoom call to introduce himself to the team. Cole was already committed to returning to Michigan State while Christian was still in the transfer portal.

Within an hour after the Zoom call, Nightingale’s phone rang. It was Christian. He wanted to come back.

“I just needed to give it some time,” Nightingale said. “I didn’t know what spots were there, if we had spots or not spots.”

That’s when Nightingale turned to what he remembered about the Krygiers. He didn’t welcome Christian back on the team simply because the team was in desperate need of defensemen. Nightingale remembered his enjoyment of crossing paths with both Brock and Todd. The combination of person and player helped tide him over.

On May 18, Cole and Christian officially announced together that they’d be returning to Michigan State for a fifth season.

The twins have an announcement … #GoGreen pic.twitter.com/03wQI8vW3R

“I was excited,” Nightingale said. “I think the world of the family and I am excited to get the chance to coach them.”

During the 2018 NHL Draft, there were hopes a team would take a chance on Christian and/or Cole. As the picks kept coming in and their names were not being called, frustration boiled over and they shut off the T.V.

They wanted to grab a bite to eat. Christian hopped into the shower and then Cole received a phone call. Christian had been drafted, a seventh-round pick, 196th overall by the New York Islanders.

Moments later, another call came in. Cole was drafted too, just five picks after his brother by the Florida Panthers.

“It was cool, obviously,” Cole said. “It was special for my parents and my grandparents to hear.”

The Islanders and Panthers saw potential in the Krygier twins that night. They are big, physical defensemen who skate well and can defend. Problem is, they’ve yet to put their complete game together. Just ask Todd.

“I think they have to improve with playing with the puck and have the puck on their stick more,” Todd Krygier said. “Being more aggressive offensively and not just play defense all the time. You gotta defend well, but you also gotta get up and play.”

However, both Cole and Christian accumulated career highs in points last year as Michigan State’s offense rebounded from a putrid 2020-21 season. Neither have topped more than 11 points in a season while with the Spartans. But with Nightingale’s up-tempo style of play he hopes to implement, the Krygier twins could reach limits never-before-reached in their time in East Lansing.

Todd, Christian and Cole certainly believe it can happen. And if it does, it will be done together, just like it’s always been.

“It’s always a good time and definitely don’t take it for granted to be able to play with each other,” Christian Krygier said. “I’m just happy about that and looking forward to it because this probably will be one of the last times that we do get to play together.” 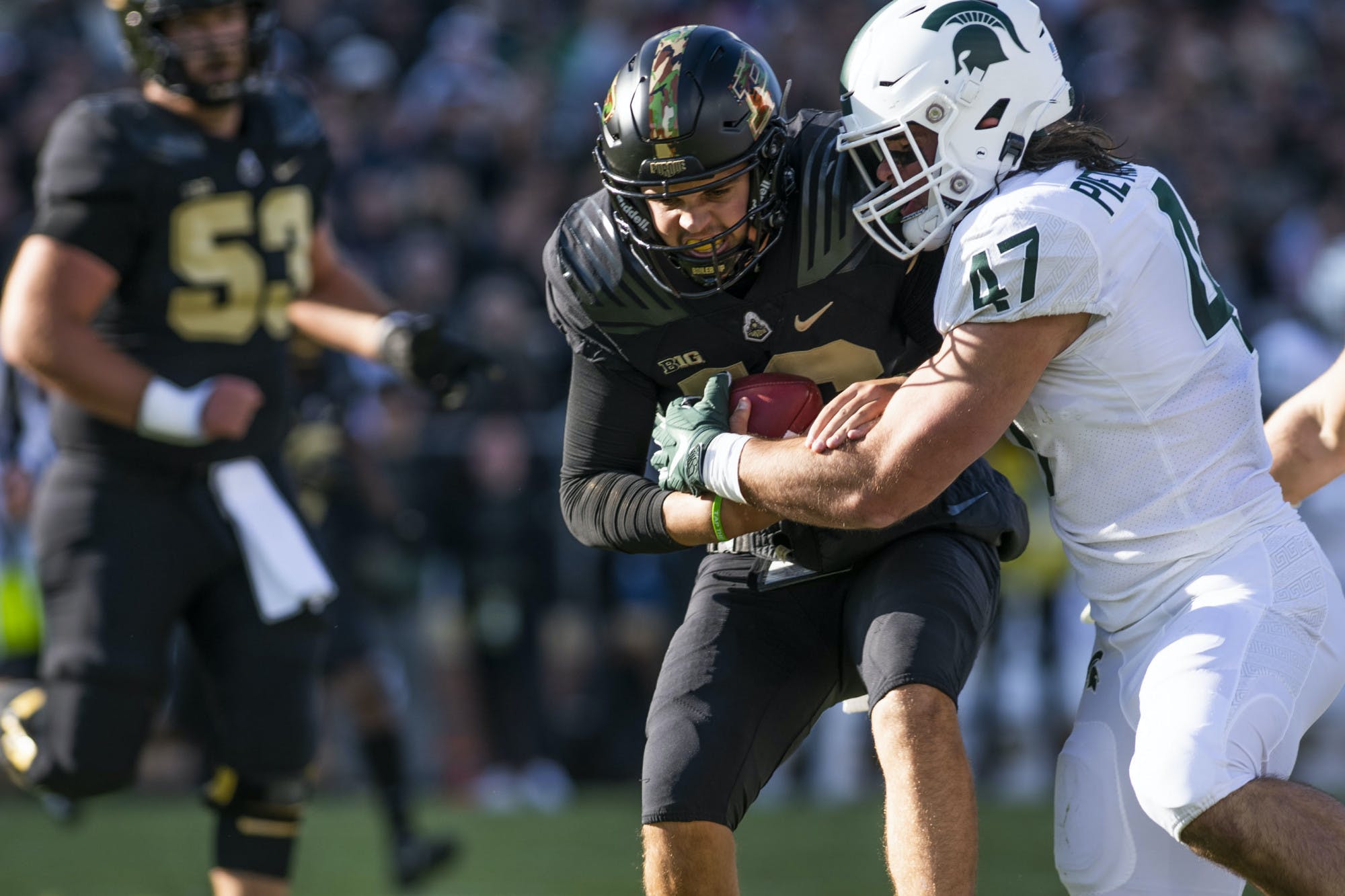 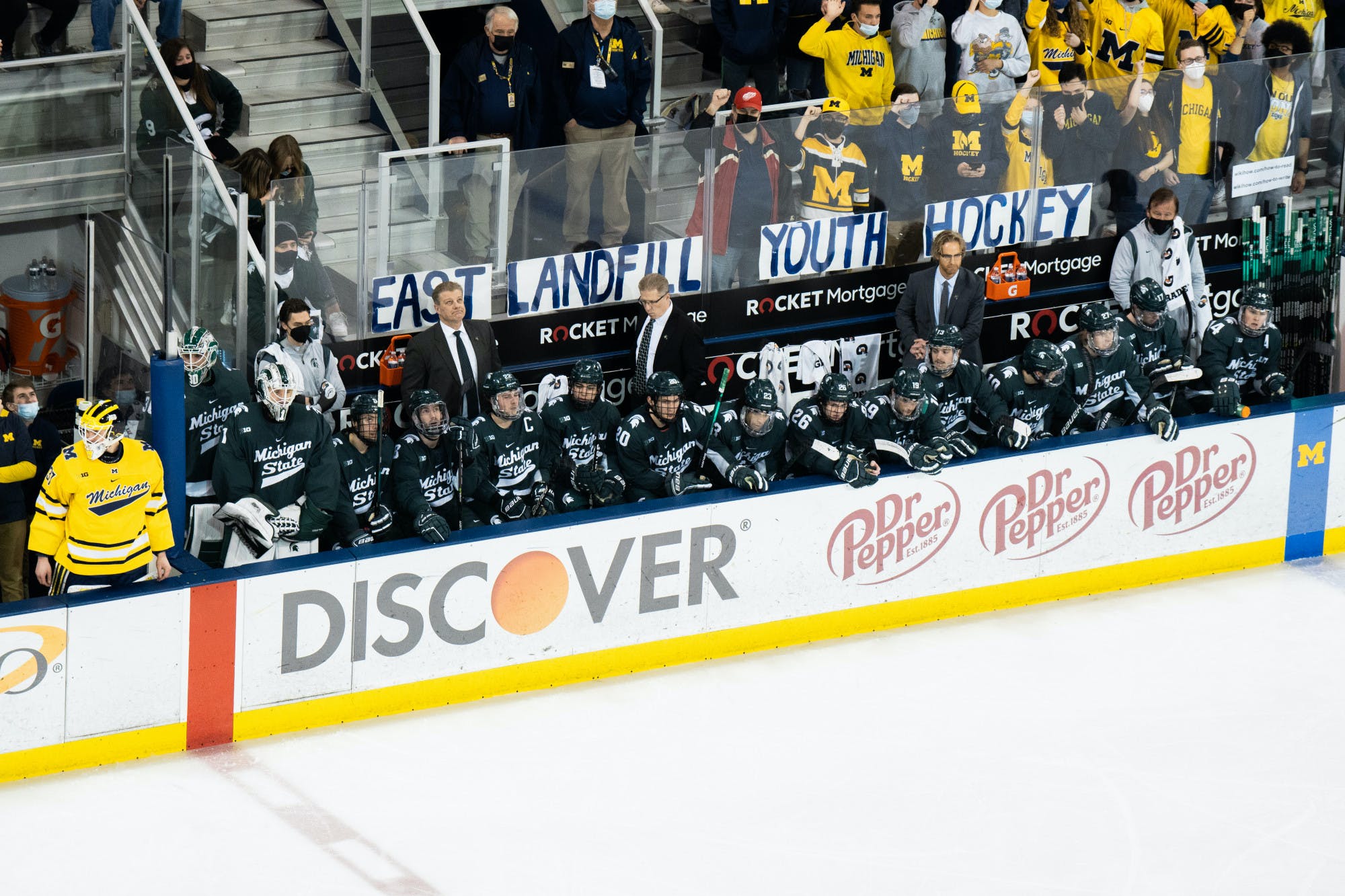 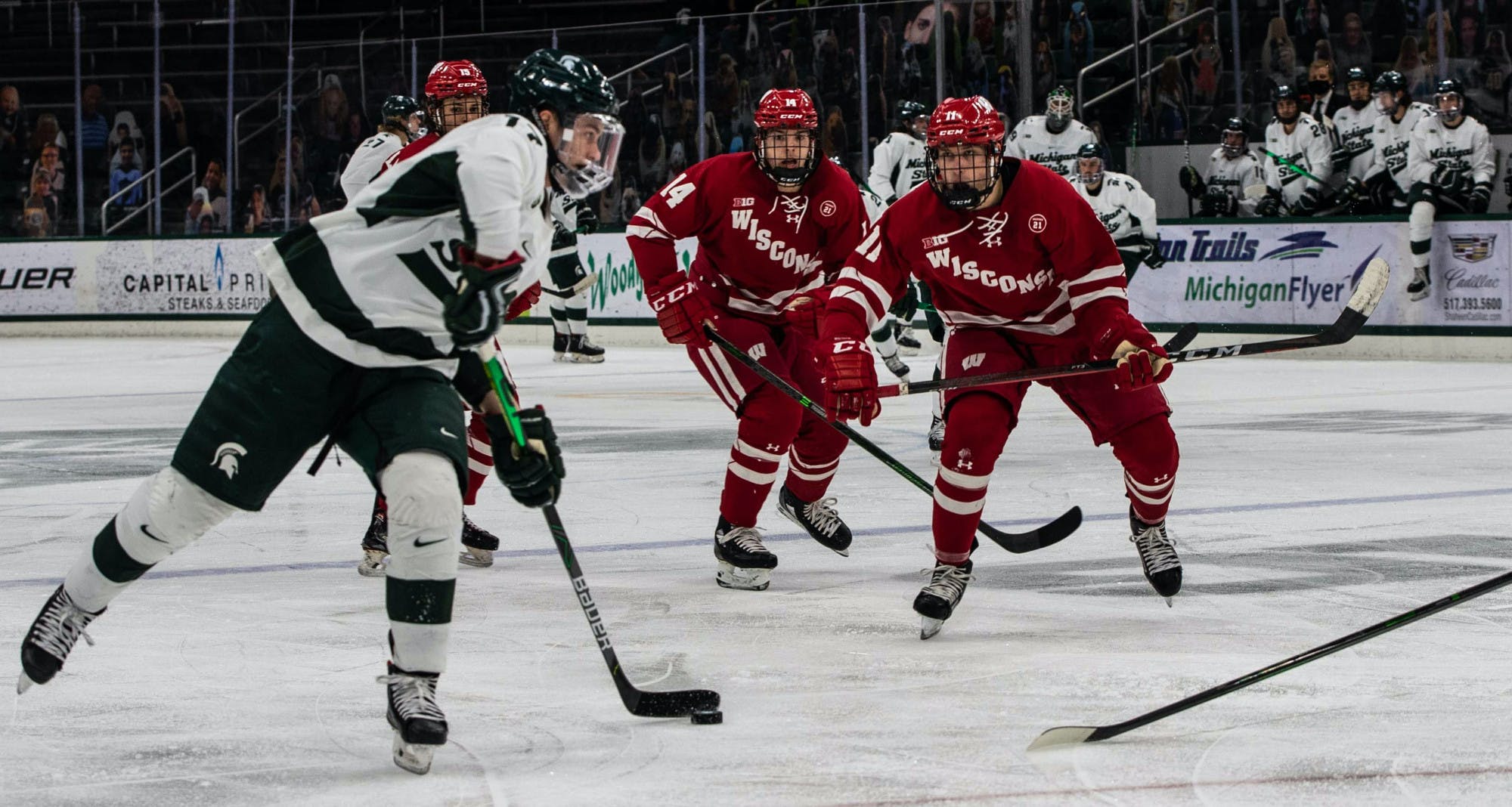