Even a year and a half after former athletic director Bill Beekman broke the news to my teammates and I, we’re still bitter.

I’m told I need to move on, find another hobby and leave the sport that has molded my identity since I was 4 years old.

Eighteen months is a long time. I’m beating a broken drum. Why are we still talking about it? Why can’t we let it go?

Among endless articles, interviews, photos and videos about this topic, none have been able to encapsulate the extent to which my team and I have been impacted. I want to show what we went through and how swimming isn’t and never was about money. It’s not about how many times we made it on the podium. It’s not about the six-lane pool and the facilities we were given, either. It’s about family.

I’m a sophomore at MSU and signed to compete as a Spartan swimmer my junior year of high school. Due to the decision to cut the swim and dive team, I have never competed here. As a journalist for The State News, my new hobby, I’m in the unique position to share my view on how this decision changed us all.

In August 2020 when the news broke that the school year would begin online, I opted to stay home and train with my club team. Spending more time with my cat and spending less money at Brody dining hall was my rationale. I lived vicariously through weekly team Zoom calls and GroupMe notifications. On Oct. 22, 2020, everything changed.

I woke up to a GroupMe notification.

“Nothing out of the ordinary,” I thought.

After fluttering my eyes open, I realized the tone of the message was off. Questions immediately arose in my head.

“All practices tonight are canceled,” Head Coach Matthew “G” Gianiodis had typed. “We have a team mtg at 4 PM. Location is forthcoming.”

I was awake now.

After several hours of anxiously waiting and non-stop rapid thumb movement, many members of the team met at the Huntington Club at Spartan Stadium.

I watched the meeting on Zoom at my teammate then-sophomore Kasey Venn’s house. Venn and I had been swimming together since I was 7 years old. Her promising words of the athletics culture at Michigan State convinced me to commit to the school. The call ended with me heartbroken.

I shut Venn’s front door, took a few deep breaths attempting to hush my broken sobs, put my car keys in the ignition and drove straight to swim practice.

My whole life, I’ve always been “the swimmer.” I was never the best writer, could never master long division and never had the most aesthetic-looking Instagram. I was always the swimmer.

“I can’t, I have morning practice.”

Those words and the rolling of eyes that followed fueled me at each practice. Knowing that I made sacrifices to pursue my dreams was invigorating. I was never going to let all the early nights, missed school dances and exhausting hours in the pool go to waste. I was going to swim in college.

I stood proudly on signing day, displaying the Spartan logo and holding a document I thought meant something. I scribbled my name and showed it to my parents, teachers, coaches and friends that had supported me along the way. I wasn’t ready to say goodbye to my sport, my signature said as much.

My signing day was on Nov. 13, 2019, and less than a year later the abruptness and carelessness of MSU administration’s decision left our team speechless. There was one word that recurred throughout my semester-long project.

Junior breaststroker Travis Nitkiewicz said one of the driving reasons he chose Michigan State was because of the implied safety net of a Big Ten school.

“I wanted to swim all four years, so I figured, Big Ten, I’d be set,” he said. “Michigan State, they’re in good standing, this would never be an issue. And then it was.”

The sting of the athletic department’s decision is still very eminent. It’s the gift that keeps on giving. With every board meeting, with every press release, with every encouraging comment from a trustee and rumor from alumni, our hopes go up and then we get defeated all over again.

Members of the team filed a Title IX lawsuit shortly after the decision to cut the program. The suit argues that the facilities and opportunities offered to other MSU athletes were not equal to those offered to our women’s team.

“You start over, all shattered and broken and you have to keep going with what you're doing,” she said. “Be sad, but then also pick up the pieces and try to build something out of it.”

Somehow, the swim program getting cut wiggles its way into conversations on an everyday basis. Why’d you come to Michigan State? Oh, I came to swim. We get asked what sport we play when we wear our athletic parkas or shoes, standing in the athlete section at football games, or studying at Smith Center.

“I’m not competing for the school I committed to,” Gore said.

The ghost of what we were has been haunting us for over a year. So, 13 of us decided to do what we had always known: swim.

Deciding to participate in club sports was something that I would never have considered a year ago. As someone who got recruited, and convinced by the athletic department, to swim for MSU, it never crossed my mind. At the beginning of the school year, there were some strong-minded teammates that already knew they wanted to join. I was on the fence, but I decided to give it a try.

I felt sick changing in the locker room, walking out on the pool deck and looking up at the record board. There was something seriously wrong about me getting into the pool I was meant to call home for four years, but instead was getting in for a careless practice. My first time swimming at IM West wasn’t with the purpose and drive I envisioned, I wasn't surrounded by my 70 teammates, and I did not feel any kind of motivation to get in.

After a heavy internal debate, I dove in.

Everything faded away. I had forgotten the beautiful escape of swimming. I’d missed the feeling of my hands gliding through the water, the rush of pushing off the wall, and the brief silence of being underwater after each turn. It woke me up.

I realized how awful, scary and unknown the idea of swimming had become. All because MSU’s administration told me I wasn’t good enough, that I didn’t deserve to swim. They had made me hate something that had represented my peace, therapy and identity for as long as I could remember.

With that leap of faith to join club swim, I remembered who I was again.

As the season went on, the number of varsity swimmers who joined the swim club grew. With a couple of months in the school year left, there were a total of 13 of us who couldn’t resist their unwavering love of the sport.

Since fall 2021, our goals were centered around College Club Swimming nationals the following April. We had little expectation for success in Atlanta, as our training had been minimal compared to when we were collegiate athletes. We were surprised when we encountered the same kind of competitiveness with our opponents as a meet like the Big Ten Championships.

Racing: an exhilarating aspect of the sport we had forgotten about during our time off. Once we got a taste, the hunger, the need, was undeniable. We were fueled by the competition.

Phalen, a sprinter, attributes her win in the 50 yard freestyle to her primitive competitiveness after coming to a total of two practices the entire school year.

We were more capable than we realized. Our times surprised even us.

After an impressive preliminary race from computer science junior Evan Stanislaw in the 100 freestyle, I asked him how close he was to his best time.

He looked up and smiled.

We were fueled by the snide comments from other teams. They were angry that our team won event after event. Notably, the University of Virginia chanted, “They’re on varsity,” after Nitkiewicz won the 100 breaststroke.

They chanted it after every event we won thereafter. To them, it was unfair we got to compete at Club Nationals.

We thought so too, but for different reasons.

Baffled by people’s outrage at our success, we just kept swimming.

In recognition of our win in Atlanta, MSU President Samuel L. Stanley Jr. invited us to his home for the “Champions Reception.” We stood alongside the football team and enjoyed the catered food provided. The 13 of us listened as Stanley made a speech emphasizing how we should be proud of our athletic success.

It’s ironic. A brief 18 months ago you told me that I wasn’t good enough and could never be good enough for MSU. Actually, you’ve been telling us that every single month since Oct. 22, 2020, too.

Every time a teammate pleads with you at the Board of Trustees meeting. Every time you appeal a court’s decision. Every time you pour colossal amounts of money into football or basketball, and not the mere $1.2 million it would cost to run our team. As we fight in the courts against you, we were now standing in your house as you congratulate us on our athletic achievements in the pool. Ha!

Thank you, Stanley. Instead of getting angry, I sat back and enjoyed the warm chocolate chip cookies served and acknowledged how much of a comeback, a triumph and a win for our cause those words meant.

We are still left with the hole of no varsity swimming at MSU. While I appreciate all that swimming has taught me, this battle has been just as instructive.

While the irritation and anger of the process is unavoidable, the team understands that the wait is worth it, especially after our club success. We have grown accustomed to the avoidance and the cynicism of our administration. We understand persistence is our only friend in this fight.

I’m happy with Atlanta, but not satisfied. Club swimming gave me more fuel to keep fighting because I realized what I was fighting for again. I’m fighting for my therapy, my art, my home and my family.

We will not raise the white flag, quit swimming and move on with our lives. We will continue to stand against the bullies that have been trying to tear us down. They can’t hurt us anymore because they’ve already taken so much. I will continue to “beat the broken drum,” and just keep swimming until it’s impossible for the administration to ignore our value as Michigan State athletes.

I hope this club season made one thing clear. 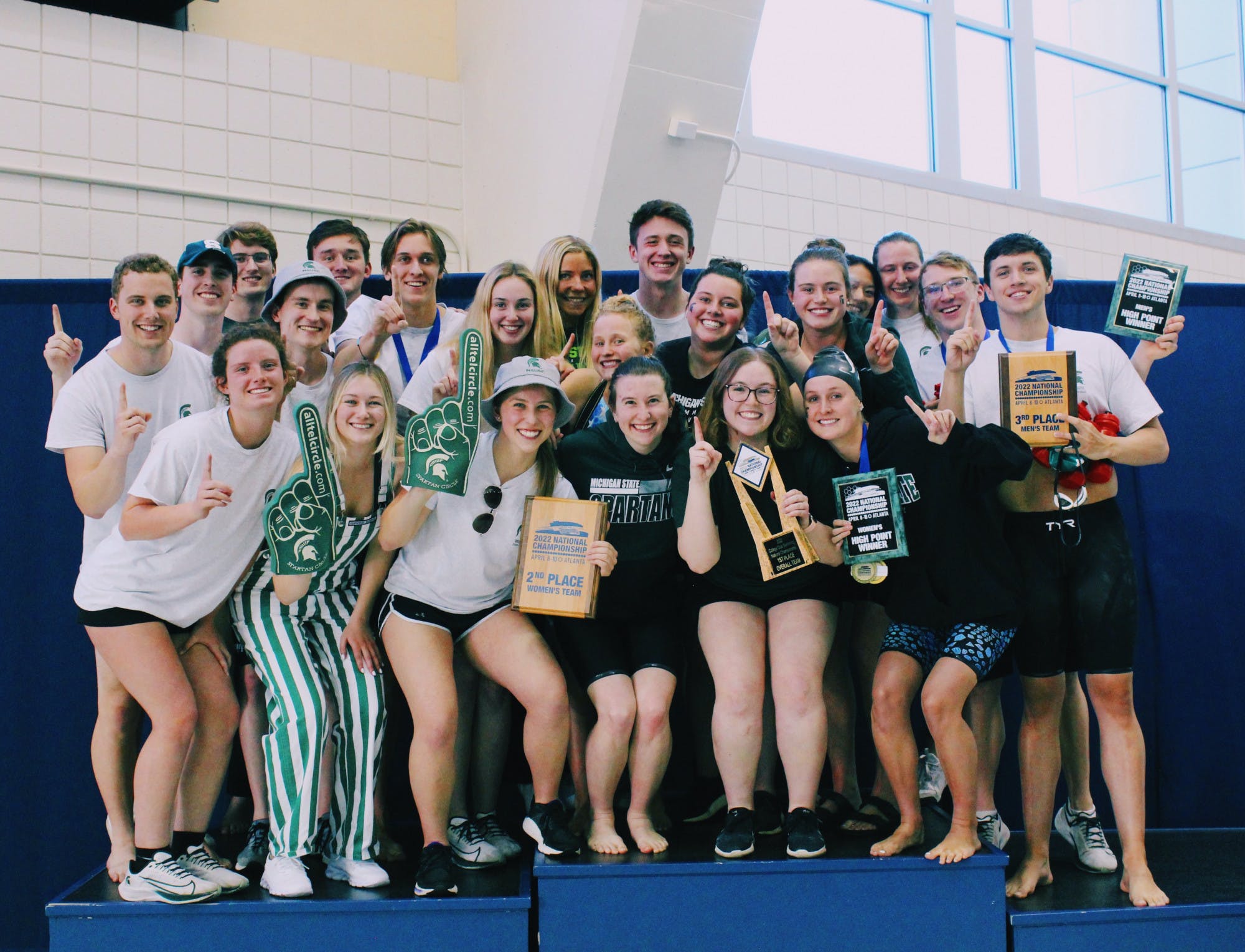 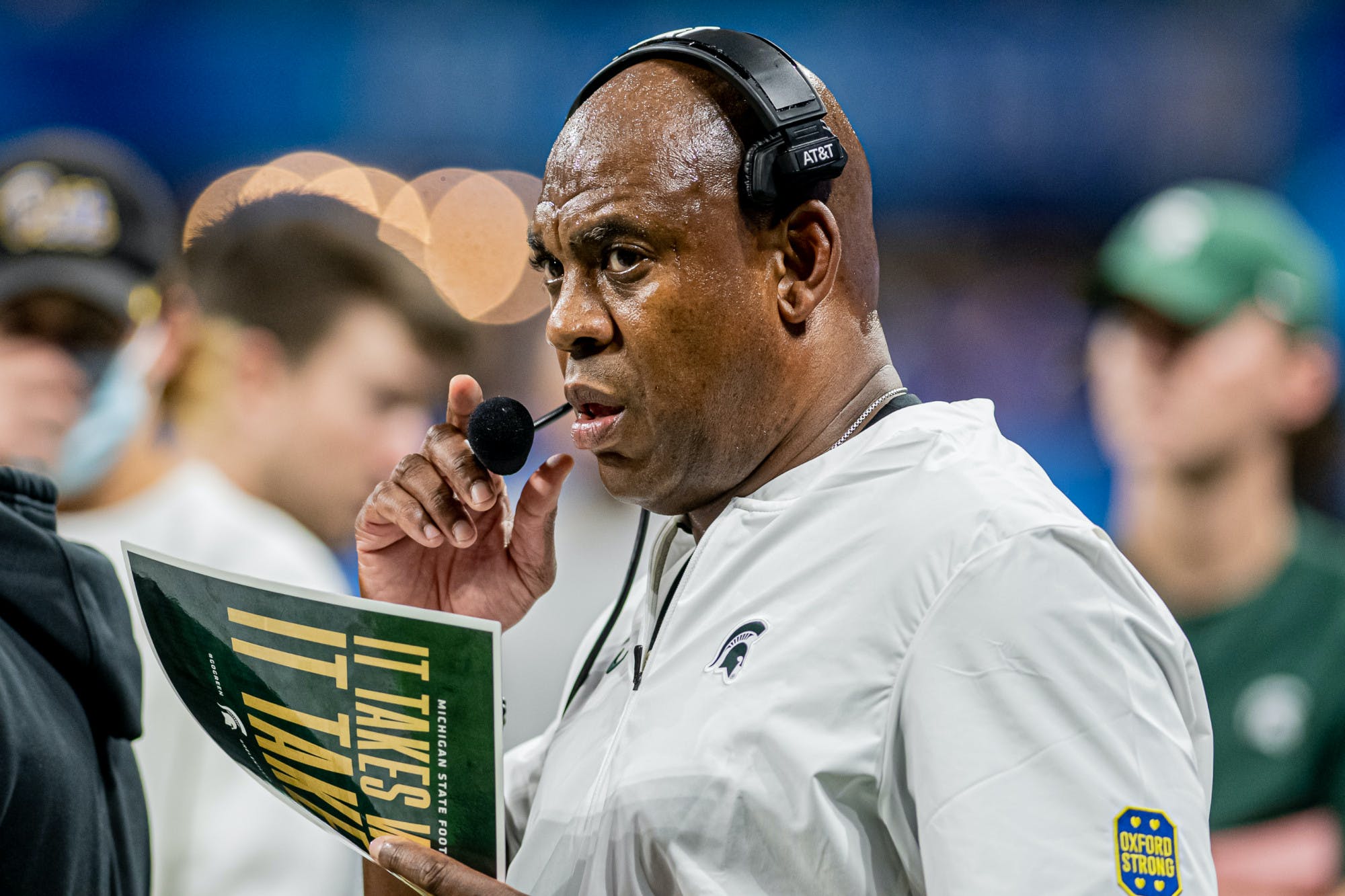 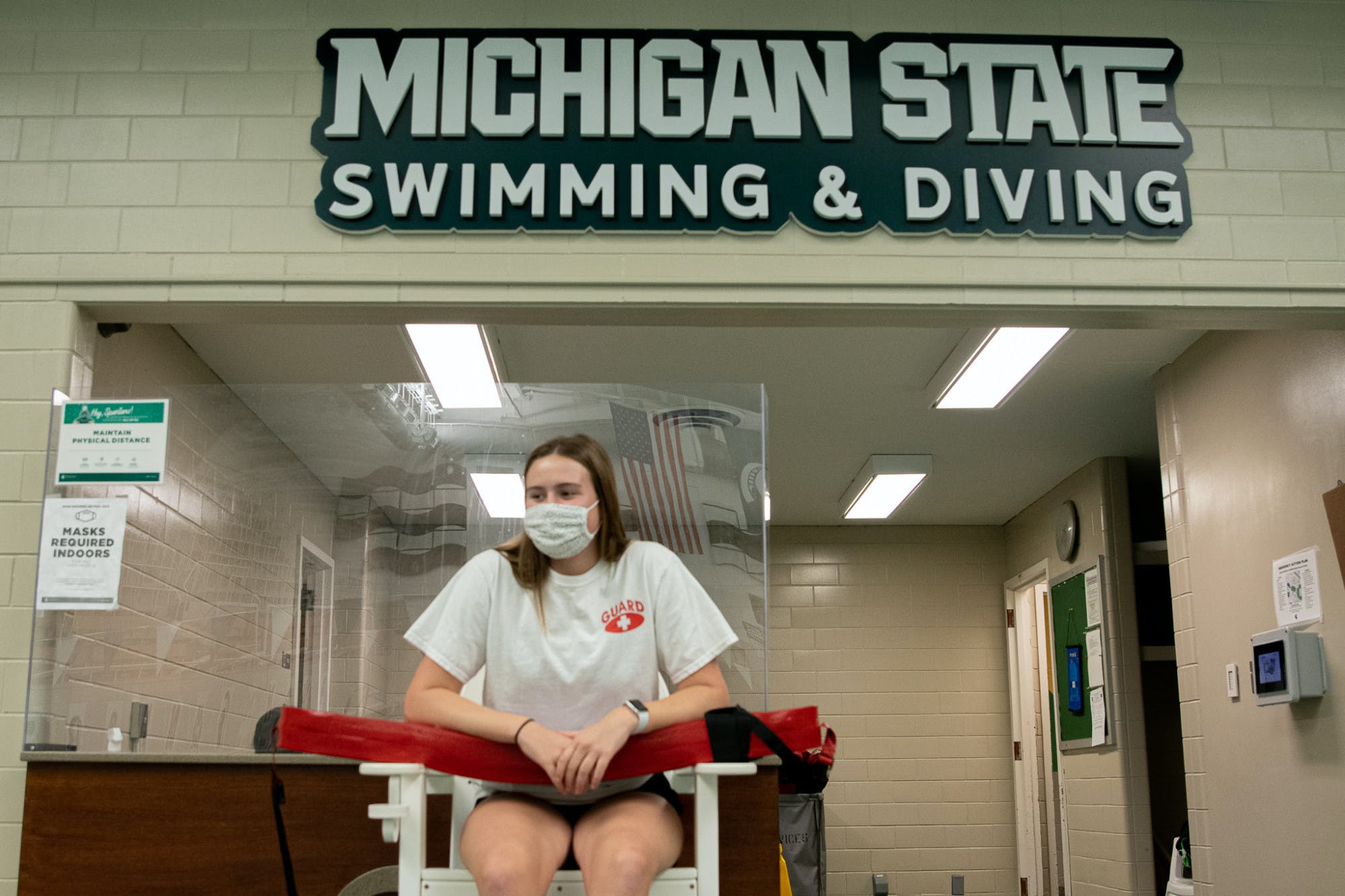