If you were searching through the mosh pit that has been Twitter over the last few weeks, you would think that the Michigan State football program was leaps and bounds behind the rest of the Big Ten.

Michigan State head coach Mel Tucker felt that it was just plays away.

“We knew we were on the right track because of our process and what we do on a day to day basis,” Tucker said. “Shifting our culture, hammering our culture, focusing on the details, confronting and demanding, teach, motivate, and develop. We know that we’re doing the right things. We can actually see behind the scenes inside our walls the progress. It was just a matter of being able to play.”

Northwestern began their first offensive drive with a flash as their quarterback Peyton Ramsey picked apart the MSU defense to move into their red zone. The Wildcats looked to get ahead early and were aggressive on fourth down and wanted seven instead of three.

Then the man who never stops competing, Antjuan Simmons, bursted through the offensive line with a purpose to wrap up running back Isaiah Bowser for a tackle for loss. Simmons stood tall as his teammates embraced him.

Right then and there, something flipped.

I peered down from up in the press box and looked to the sideline after that play, there was an energy that I hadn't seen this season, but would it persist?

Michigan State, after getting out to a fast 17-0 lead, slowly let Northwestern take control as they began the fourth quarter by scoring a touchdown to take their first lead of the night. Lombardi would turn around and throw an interception on the following drive. They looked down and out, the energy gone.

Then the defense kept fighting and forced two more turnovers.

After a fumble recovery and a field goal to tie it, the defense needed to make a stop. Shakur Brown flew back to the ball and collided with Berkeley Holman to force an interception. My thoughts are with Holman at this time, that play is the scary part of football that nobody wants to see and I hope he can make a full recovery.

Michigan State and Matt Coghlin would go on to drill another crucial field goal to win the game at the end. The Michigan State sideline would go on to gather and their cheers filled the seats of an empty Spartan Stadium as they just knocked off their second top 15 opponent of the season.

The fight and energy that the Michigan State team showed on Saturday evening was something that had been missing throughout the previous four seasons after tremendous success.

“That’s the brand of football that we need to be able to play in order to beat good teams,” Tucker said. "In order to be relevant, we gotta be able to do those things. We took it from the practice field to the game. The players were very encouraged by that, they were excited about that.”

This was a game that was starting to look eerily similar to a game against the other Big Ten team from Illinois last year as the Spartans got off to a fast start in their neon uniforms — please burn the uniforms — to only blow the lead late in the game and fall short. This team didn’t, and this was a much better football team than Lovie Smith’s Fighting Illini last year.

Physicality and turnovers: How MSU upset Northwestern in East Lansing

“You coach off of these wins and players want more,” Tucker said. “They want more of that feeling. That feeling in the locker room after a game when a game comes roaring back and they take a lead but you don’t flinch and then you stay the course, you stick with the process, you execute and you’re able to answer. They want more of that. This is a time where we need to continue to tighten the screws.”

After a gut punch of an interception, all looked lost, but the team continued to fight. It was what Tucker wanted all along. He was right when he said they were just a few plays away, and it all started in practice last week.

A year ago, the Michigan State defense was still a solid unit, but degraded as the year went on. As the offense continued to sputter and put them in bad positions, they started to give up.

This season in the grand scheme of things doesn’t necessarily matter for most teams with players being able to retain this year of eligibility and games getting canceled left and right. For Tucker, these games getting played meant everything.

Tucker, despite what is likely going to be a losing season for his squad, has implemented and enforced his culture, and the game against Northwestern is where you finally got to see the results.

Despite the personnel lacking in areas including where press box favorite Tyler Hunt drew the start at tight end after being a punter a year ago, this team found a way to beat and move a very talented Northwestern team on both sides of the ball and at the line of scrimmage.

Tucker said after the Indiana game they needed football, but he didn’t mean in the COVID-19 denier way like Clemson head coach Dabo Swinney does, but for his culture and evaluation for years to come under his tenure at Michigan State.

With this season and a tough, gritty win like this, he finally is reaping the rewards. 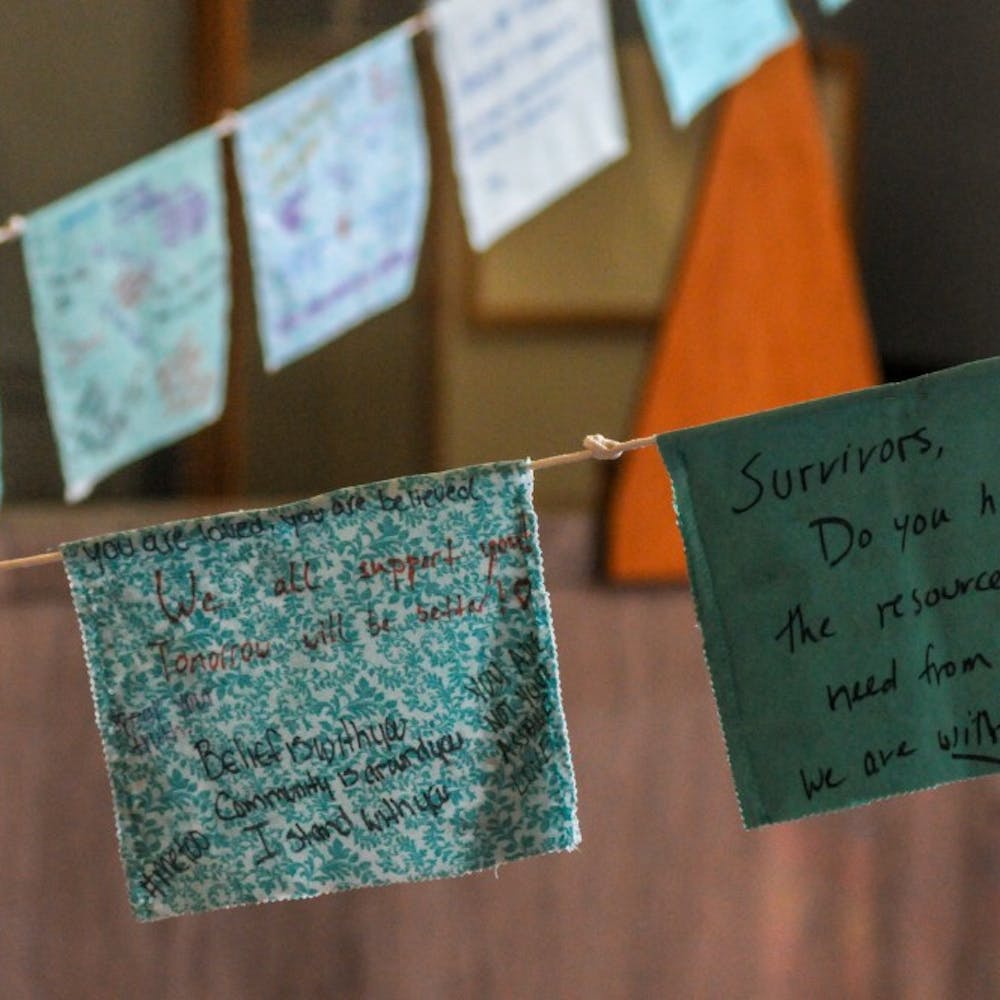