Draft jokes and World War III memes aside, concerns about an escalation of conflict between the U.S. and Iran are on the minds of Michigan State students and lawmakers alike.

Humanities pre-law senior Guadalupe Perales could do without all the online discussion and jests about a worldwide conflict, she said. She doesn’t have a comprehensive knowledge about possible prolonged conflict in the Middle East, but the jokes she sees on Facebook are tiresome.

“All those memes really do get to me, because everyone’s making a joke out of it when you have soldiers over there who are praying not to have another war,” Perales said.

National media outlets reported on the Jan. 3 death of Iranian Maj. Gen. Qassem Soleimani, a key figure in Iranian intelligence and military operations. The drone strike which killed him — ordered by President Donald Trump — prompted a slew of reactions.

Trump and his top officials defended the strike as a necessary step to preserve the safety of U.S. and allies. Concerned critics said it only laid the groundwork for extended conflict in the Middle East.

Iran retaliated Wednesday with strikes of its own, firing ballistic missiles at Iraqi air bases housing U.S. troops. There were no casualties, per the president. In a Wednesday address from the White House, Trump said Iran appeared to be “standing down.”

Whether or not the already-contentious situation escalates further is under scrutiny, especially after Iranian Foreign Minister Mohammed Javad Zarif said Wednesday his country did not “seek escalation or war, but will defend ourselves against any aggression,” per NBC News.

American studies sophomore Sebastian Dalbro is monitoring whatever happens next between the countries. Dalbro, an international student, said the news of Soleimani’s death piqued his concerns.

“For me as a European, I’m not sure if my country’s going to be involved directly, seeing as I’m from Denmark,” Dalbro said. “But even under Trump, we’re still allied with the U.S. So in some way, we have been involved in wars previously. We’re in Iraq and Afghanistan as well, so if this turns out to be a war against Iran and the U.S., it probably means my country could be drawn into it.”

Perales said she has CNN notifications on for additional updates. The latest one she received was about Trump’s Wednesday address from the White House.

“I feel like it is (concerning), because I got a notification saying Trump will speak about it and that ‘everything is well.’ Nothing is well,” Perales said. “There’s something wrong.”

Dalbro said he doesn’t believe there will be any call for draft, as the memes on Twitter might suggest.

“I’m not going to get drafted, but it is still quite worrying that that is something that might happen,” he said.

A student-led “Spartans Against War” rally will be held from 5 to 7 p.m. on Friday, Jan. 10 at the Rock on Farm Lane, per a Facebook event urging students to join and stand up “for peace with Iran, not war.”

“Soleimani was responsible for the death of many American service members and inciting chaos throughout the Middle East. However, a single action without a meaningful plan will lead to more risk for Americans at home and abroad. The Administration is required to provide a clear rationale to Congress for its actions. They also must consult with Congressional leaders on a meaningful strategy to protect American lives and interests around the world,” according to Stabenow’s statement.

“I am focused on ensuring that there is a strategy to protect our citizens, servicemembers, and diplomats, and that advances our national security,” Peters tweeted.

Slotkin is a former Shia militia analyst and served in Iraq as well as in the Pentagon and White House under the Bush and Obama administrations.

As a former Shia militia analyst who served multiple tours in Iraq and worked at the White House under both Presidents Bush and Obama, and later at the Pentagon, I participated in countless conversations on how to respond to Qassem Soleimani’s violent campaigns across the region.

Republican representative Fred Upton (MI-6) supported the President's strike on Twitter, saying "I look forward to learning more in briefings when I return to Washington from Michigan next week, but I support the President’s reaction thus far in taking Soleimani out."

...I look forward to learning more in briefings when I return to Washington from Michigan next week, but I support the President’s reaction thus far in taking Soleimani out. 🇺🇸

The night of Jan. 7 saw Iran respond in force. More than a dozen rockets rained down on two Iraqi bases housing American troops. Iran claimed at least 80 troops were killed, but the White House says there were no American casualties.

The Iraqi Prime Minister said that he was informed of the attack ahead of time. Iraq also claims no Iraqis were killed.

President Trump tweeted “All is well!” on Twitter shortly after the attack.

The President addressed the nation Jan. 8 in his first in-person response regarding the attacks.

He announced the U.S. would implement “powerful sanctions” on Iran that will remain in place until Iran changes its current course of action in the Middle East.

The president also said the U.S. bases sustained minimal damage, and stressed the importance of peace.

“The United States is ready to embrace peace with all who seek it,” Trump said. 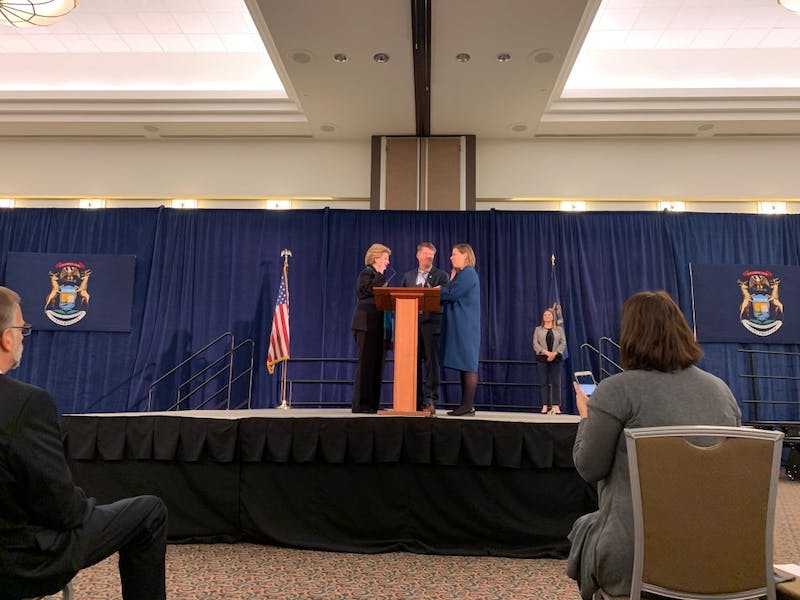 After an official swearing-in in Washington D.C. earlier this month, U.S. Rep. Elissa Slotkin, D-Michigan, was ceremonially sworn into office at a reception ... 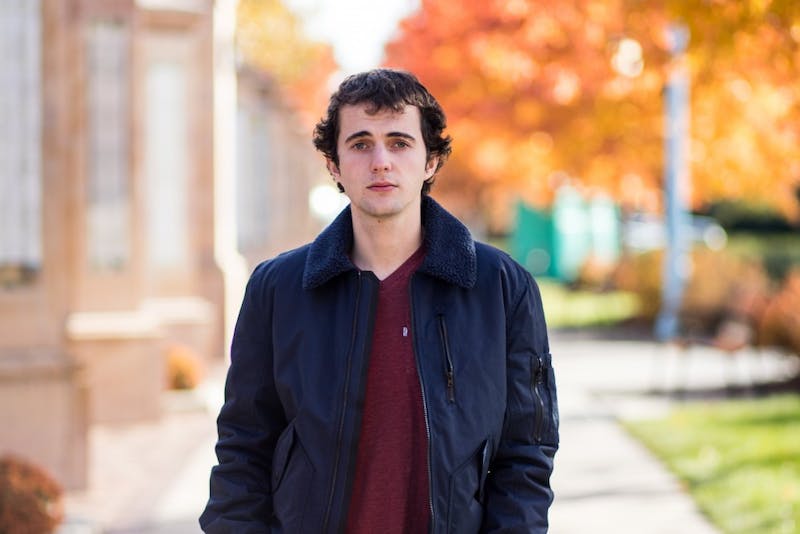 Three-hundred and sixty-five days after one of the most shocking election victories in U.S. history, members of the Spartan community are reacting to ...