ELPD investigating destruction of MSU Hillel's Sukkah over the weekend

On Saturday around 1 a.m., two men trespassed on the property of MSU Hillel and destroyed their Sukkah.

Column: Appreciation versus appropriation during Halloween

With Halloween approaching, I’m here to help you decide if that costume inching its way out from the back of your closet is actually acceptable to wear.

Editor's note — This story has been updated to reflect a time change for Tuesday's community meeting, held by MSU Black Students' Alliance.

On Thursday, the Associated Students of Michigan State University, or ASMSU, sat for a General Assembly meeting to discuss the reallocation of bike-share funds, U.S. Immigration and Customs Enforcement, or ICE, protocol on campus and constituent communication.

Following fear earlier in the day Thursday of the rumored arrival of U.S. Immigration Customs Enforcement (ICE) on campus, the Associated Students of Michigan State University, or ASMSU, passed a bill at their General Assembly meeting that will require the university to notify students if they are informed of ICE coming to campus. Rumors were shared via social media Thursday that ICE officers were in South Neighborhood. In regards to these rumors, university communications said three U.S. Customs and Border Protection agents are on campus to present during a class.

The problem with vaping

When computer science senior Julius Eillya walks to class, he can’t help but notice clouds of smoke in the corners of his eyes. Around 12.9% of college students reported they’ve vaped in the past 30 days, according to the American College Health Association’s 2018 National College Health Assessment, and Eillya used to be one of them.

Customs and Border Protection agents on campus for class presentation

Three U.S. Customs and Border Protection agents are on Michigan State's campus to present during a class, according to university communications. This information comes after rumors being shared over social media earlier today that ICE officers were in South Neighborhood.

With a laid-back dynamic and an all-freshmen executive board, Michigan State’s first hiking club, The Wander Society, is coming to terms with the struggles of establishing a new student organization.

VIDEO: One Stitch at a Time 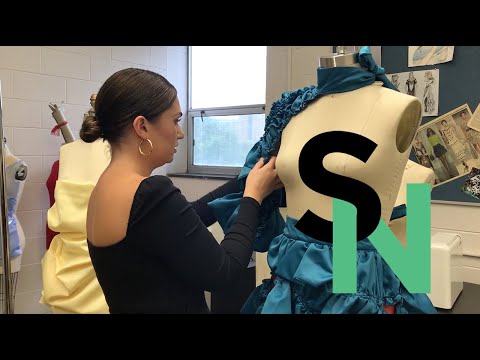 Laverne Cox speaks at Michigan State for It's On Us week

Laverne Cox — actress and LGBTQ+ advocate — gave a speech at Michigan State Tuesday night titled, "Ain't I a Woman: My Journey to Womanhood," in honor of It's On Us: Week of Action.

It's On Us week at MSU: 'We should always be having these conversations'

Each semester, Michigan State hosts an “It’s On Us Week of Action” in the fall and spring semesters. The biannual week of events encourages discussion around sexual assault on campus.

Emergency officials responded to a moped crash on West Circle Drive near the MSU Union Tuesday, Oct. 15 around 4:30 p.m.

Monday night, the six candidates for three seats on East Lansing City Council — Erik Altmann, Lisa Babcock, Jessy Gregg, Mark Meadows, John L. Revitte and Warren Stanfield III — met for a lively debate organized by the Associated Students of Michigan State University, or ASMSU. Many topics were discussed, including tax increment funding and unfunded pensions, but a large portion of the discussion centered around students, their needs and their interests.

The Native American Indigenous Student Organization (NAISO) — which strives to promote education and motivate the native student community and MSU community through social and cultural support — celebrated Indigenous Peoples' Day at the Rock on Farm Lane on Monday, Oct. 14.

ASMSU kicks off It's On Us: Week of Action

The Associated Students of Michigan State University, or ASMSU, kicked off this year's It’s On Us: Week of Action by handing out t-shirts, cookies and other merchandise outside of Wells Hall.

Michigan State President Samuel L. Stanley Jr. is restructuring the three medical colleges administrations at the university to better align in patient care, education and research, according to a university press release.

Mikayla Frick, an apparel textile design major at Michigan State, became interested in fashion design at a young age. Since then, she’s been building her brand at MSU on her journey as a fashion designer and has recently taken her designs to the runway.

505 luminaries lit prior to MSU President Stanley's meeting with survivors

Following a record year for student civic engagement at Michigan State, the Associated Students of Michigan State University, or ASMSU, have announced they are holding a City Council candidate debate on Monday, Oct. 14.

A note to black professors at PWIs: Stop patronizing me in front of my white classmates

After bawling my eyes out in a bathroom stall located in the Communication Arts and Sciences Building, it finally hit me that I just experienced the most embarrassing moment at Michigan State.